Setting the record straight on that February story in HuffPo

How is that possible when Lafayette was named the No. 1 "Leading Location in the U.S." by Area Development? Not to mention being named one of the top 10 "American Cities of the Future" by fDi Magazine. The answer is simple. The numbers the ranking is based on - 2013 and 2014 Gross Metropolitan Product (also known as Gross Domestic Product) - are not real numbers. They are simply estimates based on numbers that are nearly 2 years old.

IHS Global used GDP information from the Bureau of Economic Analysis for the old Lafayette MSA in its report (Lafayette and St. Martin parishes). While the actual dollar amount is smaller than the GDP for the current MSA (Acadia, Iberia, Lafayette, St. Martin and Vermilion parishes), the overall picture it paints is similar [Chart 1]. 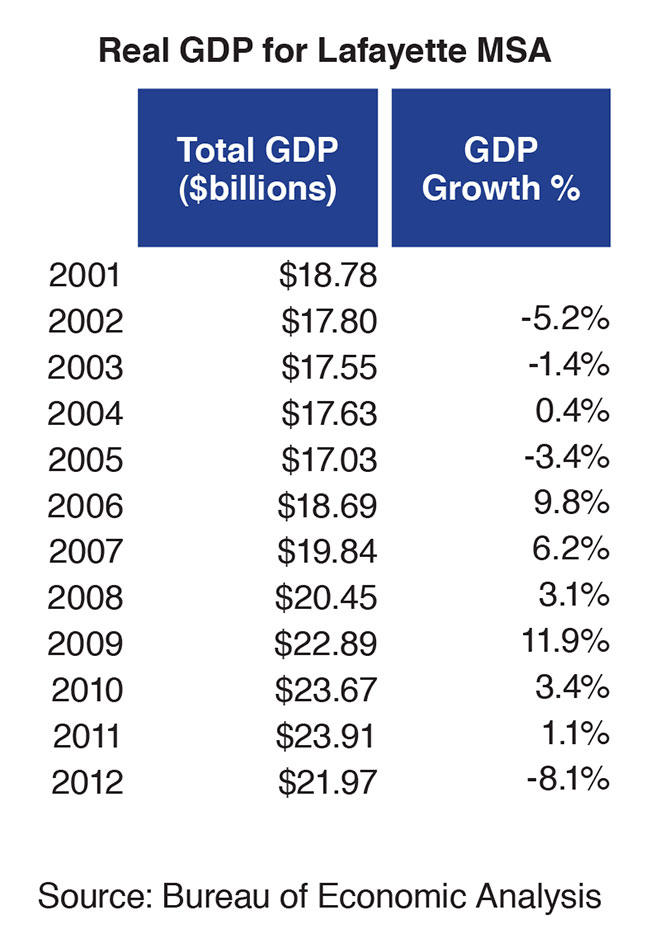 Since 2006 Lafayette's GDP grew steadily - even during the recession in 2009 and 2010. That being said, the economy did see a dip in GDP between 2011 and 2012 [Chart 2]. All industry sectors showed an increase, except mining (oil and gas). When we take a look at the energy-related indicators, the dip was likely caused by a decrease in money spent on drilling, not a lessening of production, lower oil prices or fewer jobs. When comparing 2012 to 2011, oil prices remained consistent ($111/bbl compared to $112), and permits were higher (147 compared to 140). Mining employment grew by 1,500 jobs between 2010 and 2013; the sector saw the highest average annual employment on record, 17,300, in 2012 [Chart 3]. However, Louisiana rig counts were down significantly (124 compared to 165) due to decreased activity in the Haynesville Shale, which undoubtedly had some local impact. 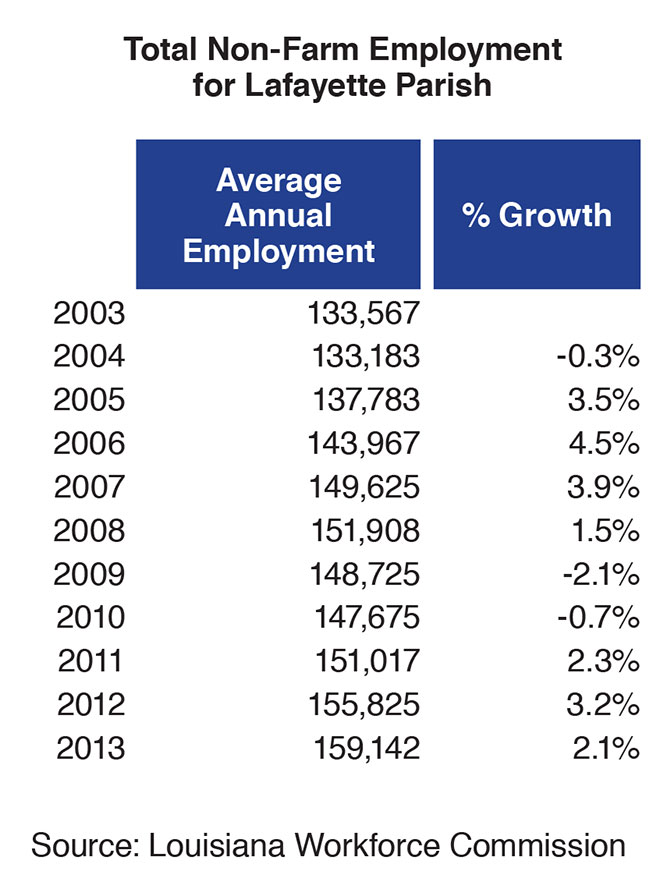 Here, they are correct on both accounts. Lafayette's non-farm employment rate has been on a steady increase since the recession in 2010. In fact, Lafayette gained 16,200 jobs between March 2010 (the lowest reported employment during the recession) and December 2013 (the most recent available data). In November, the Lafayette MSA had the 36th lowest unemployment rate in the U.S. at 4.2% [Chart 4].

When it comes down to it, the economy is too complex to be accurately reflected by any one indicator or 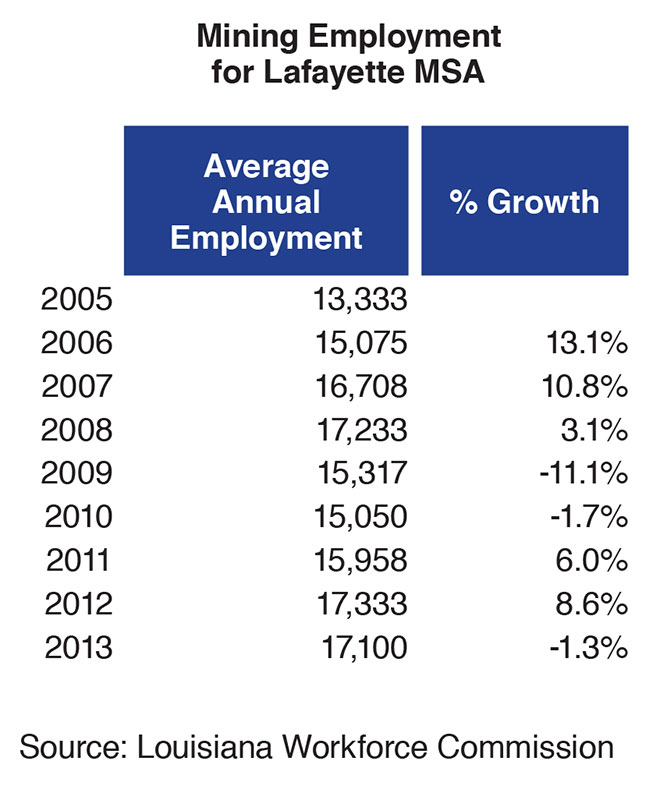 ranking, which is why LEDA created the Lafayette Parish Economic Performance Index. While the index is a single score, it is calculated from more than 15,000 data points and 15 economic indicators. The EPI was at 118 at the end of the third quarter of 2013. With the monthly index above the 12-month moving average for 10 of the previous 13 months, Lafayette's economy continues to demonstrate its strength and vitality.

LEDA's staff is currently collecting data points to complete the 2013 fourth quarter EPI, which will be published in next month's issue of ABiz.

The overwhelming evidence - non-farm employment, unemployment rate, retail sales, hotel-motel receipts, home sales, per capita income - shows that Lafayette is thriving and growing. If only a single indicator, GDP, shows otherwise, it's safe to say any assessment based solely on that indicator is woefully incomplete.

No, Virginia, the sky is not falling. In fact, I'd say the sky's the limit in Lafayette.