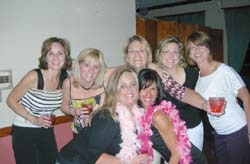 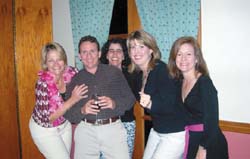 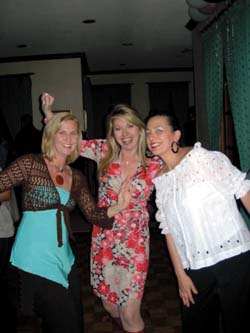 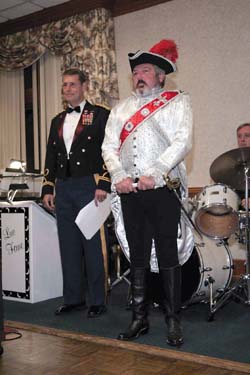 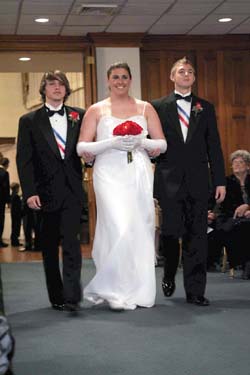 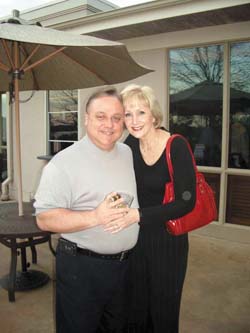 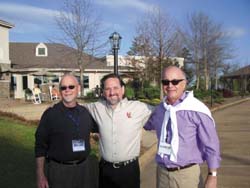 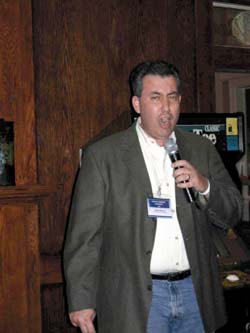 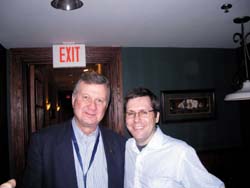 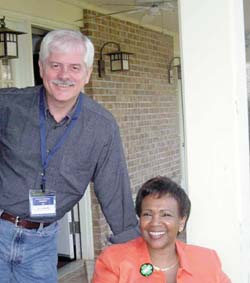 Le Triomphe's Clubhouse turned into a reunion for Jodi Fremin-Sigue on Saturday, March 17. This surprise party went off without a hitch, thanks to her husband, Dr. Gerard Sigue, and her sister, Jan Fremin-Latiolais. Jodi was very surprised by the 40th birthday celebration and about 70 of her friends. Some drove in from as far away as Dallas and New Orleans. Says Gerard Sigue, "I just wanted to give her a party that she will never forget because she means the world to me." Awww, that's so sweet! The party featured some impromptu diva impersonations, with Jodi and her girlfriends having a great time dancing the night away to '80s music. As Jodi's thank-you to all of her guests, she sang "Dancing Queen." Happy Birthday Jodi, and hope 41's just as fun!

This is, of course, the year that our fair city is celebrating the 250th anniversary of the birth of Le Marquis de la Fayette, our namesake. And since many historians suggest that Le Marquis was close enough to our nation's first president to be his adopted son, Party Girl knew that the Annual George Washington Ball was a 'definite' on the party calendar this year. Hosted annually by the local chapters of the Sons and Daughters of the American Revolution, it's a presentation of Debutantes and Young Patriots (as the gentlemen are called) and a celebration of each family's relationship to the brave soldiers who served in our nation's first army. The understated, elegant ceremony is steeped in tradition and was simply lovely. It's hard to say which family ' The Henkes or The Moodys ' was best represented. Joining the soiree (wouldn't Le Marquis love that Party Girl learned at least un petite peu in French class?) were Lauren and Jason Mott, T. J. Fontenot with his daughters Cassie, Jackie and Mary Gayle and their spouses.

How well do you balance life's work and play? Members of The Greater Lafayette Chamber of Commerce can hold their own in that regard and proved it once again at the recent Building Community Conference at Toledo Bend. This year's ambitious agenda made it a little harder than usual; in fact the only people Party Girl saw in golf carts all weekend were chamber staff moving supplies between events! Attendees made up for it after hours. Lynne Durel's chocolate fountain was popular in the LUS suite, and Mike Skinner's chili suggested he's ready for a hot campaign for district attorney next year. When you see Trey Hill, ask him about the pork roast in the Atmos Energy suite, and where did Judy Briscoe come up with that awesome Catfish Louisiana for the Home Bank suite? The generous sponsors made sure no one went hungry ' food for thought, you might say. Party Girl learned a wee bit about Texas Hold 'Em and held her own at the karaoke microphone, although Doug Meaux and Don Bacque were the crowd favorites. I just can't pass up a chance to join in when the singing starts. We are familyâ?¦ I love all my sisters and meâ?¦..