Making Louisiana proud
For reality TV "star" Lyle Boudreaux, the party never stops, and when it does, he'll do what it takes to ensure it doesn't, even if that means breaking into someone's car and stealing their purse.

Boudreaux is a cast member of the CMT reality show "Party Down South," which based on the show's premise, means he's a Louisiana boy whose notoriety is based off his ability to do keg stands and endless rounds of shots. On Saturday, according to this report by Vermilion Today, the party for Boudreaux definitely went south, but not in a good way, as he was arrested after being caught on surveillance footage rummaging through a woman's car in the parking lot of a Maurice bar in search of a funding source for keeping the good times alive.

Though Boudreaux allegedly scored a credit card from the victim's car, it didn't fly with the bartenders, and with the arrival of local police, he attempted to stash the card and wallet on the bar's roof.

Despite being arrested on a charge of simple burglary, there was at least one bright spot for Boudreaux: "TMZ actually called me already."

On the loose
Antonio Boyd has somehow eluded law enforcement officials twice in recent years, and is still on the loose according to this report by Teche News. 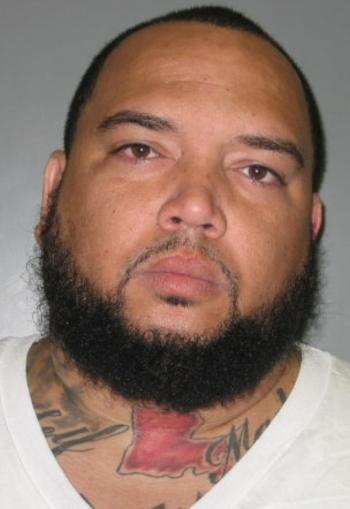 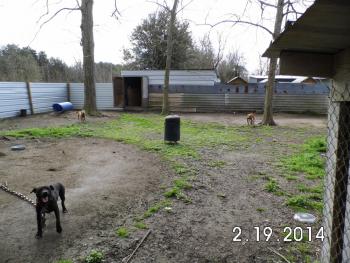 Boyd is considered the leader behind the dog fighting compound raided last week in Breaux Bridge, where authorities rescued 47 dogs. During their search of the compound, St. Martin Parish Sheriff's deputies discovered "treadmills, several medications and carpeting with blood stains," along with a number of dogs with cuts, abrasions and swelling, all "consistent with illegal dog fighting," the arresting officer writes in the arrest affidavit of Jason Haskett Jr., who was found at the residence last week and booked on a range of felony charges, including cruelty to animals and dog fighting.

His accomplice, Boyd, has a knack for eluding deputies, according to Teche News, and like last week's raid, was also nowhere to be found when deputies conducted their first raid of the compound in November 2010. One question worth raising though is how was this compound able to resume operations and fly under the radar for more than three years before catching law enforcement's attention once again?

Who needs a library anyway?
St. Landry Parish is Louisiana's only parish without a library district. An effort is under way to change that with the levying of a 5.5 mills property tax, which would generate an estimated $3 million annually, and help bring libraries to all the parish's municipalities. Yet, according to this report from Eunice Today, a majority of the parish council isn't having it, with 11 of the 13 council members saying "not in my district."

That resistance from the council could very well kill any momentum the library tax may have previously had.
"Those that opted out, they have chosen not to consider a parish-wide tax," Parish President Bill Fontenot tells Eunice Today. "As introduced, the parish as a whole would vote on it, except those that opted out, which is almost half of the parish. It's really a half-parish tax. I don't know how that will work. I support the tax, but I support the parish-wide tax. As we go through this process by introduction, now with the public hearing period it will be good for the people to come and share their opinions and let the council know."

Though a handful of city-funded libraries exist within the parish, a parish-wide library district would offer an overall better system available to all residents of the parish. The existing city library system's primary deficiency is under funding as witnessed with the library in Melville, which has been indefinitely closed for some time due to money issues. Likewise, the municipalities of Lawtell, Arnaudville and LeBeau have no libraries.