The circumstances surrounding the Jan. 26 fire of the 18,000-square-foot home on Verot School Road seemed strange, but what's even more bizarre is the back-story behind owner Ralph Wadleigh.

The circumstances surrounding the Jan. 26 fire of the 18,000-square-foot home on Verot School Road seemed strange, namely that the home's owner Ralph Wadleigh credited the fire to one of several motorcycles left running unattended inside the garage. But even more strange is the story behind Wadleigh himself. 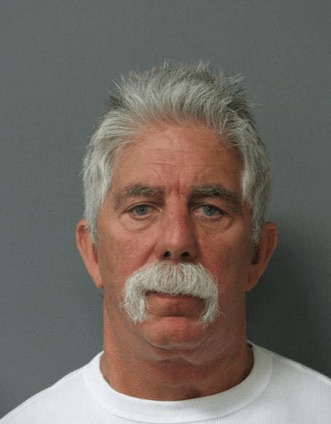 Lafayette Fire Department investigators eventually ruled out foul play, but The IND has since discovered that this was not the first time first responders were called to the residence. A Lafayette Parish Sheriff's Office arrest report shows deputies responded to a report of a domestic disturbance at the residence on Dec. 23, about a month before the blaze that destroyed the family's home.

"During the course of that investigation deputies obtained evidence that Ralph Wadleigh did commit a battery misdemeanor on Jennifer Wadleigh [his wife]," says LPSO spokesman Capt. Kip Judice. "Ralph Wadleigh also grabbed a 12-year-old boy by the neck and slapped the boy in his face."

By the time deputies arrived, Wadleigh had already left the scene.

According to Judice, there's no connection between the December domestic disturbance and the January fire.

A warrant was issued for Wadleigh's arrest on Jan. 10, but he somehow was able to remain under the radar even after law enforcement officials returned to his home for the Jan. 26 fire. In fact, it would take another month before Wadleigh was arrested, on Feb. 25, and booked on charges of domestic abuse battery and cruelty to a juvenile, a felony.

What makes Wadleigh's story even more compelling is this wasn't his first run-in with the law.

Wadleigh, according to media reports and court records, pleaded guilty in federal court in 2003 for his role in a high-profile New Orleans brothel case.

Though Wadleigh escaped prison, he did plead guilty through his company, White Sands Services, for violations of the White Slavery Trafficking Act and was ordered to pay a fine of $80,000.

According to reports from the Associated Press, Wadleigh owned a boat through his company called the Crime Scene, and along with an employee, Michael Reine, would hire prostitutes from a Canal Street brothel for the boat's customers, which were believed to include "prominent athletes, restaurateurs and lawyers." The brothel was part of a ring stretching across eight states that employed $250-per-hour call girls, the AP reported.

After posting a $15,000 bond, Wadleigh was released from the parish jail on the day of his arrest.

The IND attempted to reach out to Wadleigh by phone, but the woman who answered the phone for the white pages listing for Wadleigh said no one by that name lives at the residence.