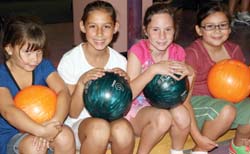 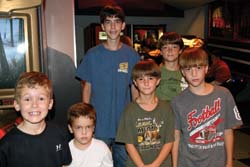 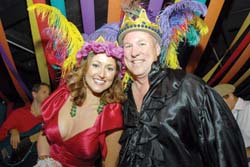 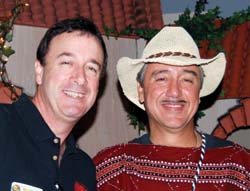 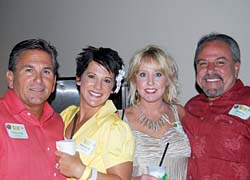 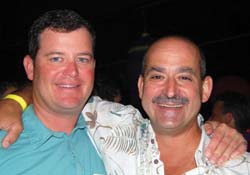 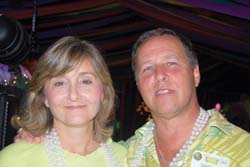 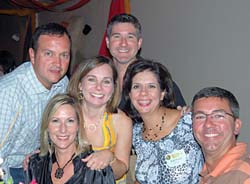 While Party Girl usually hits the town at night, I recently had some daytime fun when I was invited to chaperone The Krewe Des Jeunes Amis, a children's Mardi Gras krewe, at their fall social at Lafayette Lanes. The children of the krewe and their families enjoyed bowling, games, and delicious Mardi Gras cake. The boys and girls allowed me to join their krewe for the day ' and gave Party Girl first dibs on the new beads they will throw in the Children's parade on Feb. 2, 2008. It's always fun for Party Girl to feel like a kid again!

The Krewe Des Jeunes Amis was formed in 1996 and boasts a membership of 49 families and 79 children. The children range in age from 4 to students in the eighth grade. Krewe members and guests will be invited to "Celebrate the Good Times" at their ball scheduled for January 12, 2008 at the Grand Ballroom of Lafayette's Hotel Acadiana. Count me in!

Adults are also already getting into the Mardi Gras spirit, too. Kicking off the new season, the Krewe of Carnivale en Rio headed south of the border for its annual Rio Sambada last month. Party chairman Jeanie Simon and her team transformed Lafayette's Crown Room into a plaza de fiesta, complete with oversized coffee bags, giant piñatas and hay-chewing burros. Raul Viera completed the scene as the mustachioed "Juan Valdez."

Festivities got lively with the entry of this year's Rio king and queen. Larry Comeaux was chosen as King Dom Pedro III and Gayle Milam was chosen to be his beautiful Queen Isabel III. The Rio monarchs then drew their Corte Real by lottery from among the party-goers. Muchachas drawn to serve on the Corte were Christina Harper, Cheryl Hebert, Nora Buttross, Alison Derouen and Leah Pastor. Los muchachos chosen were Nolan Broussard, Steve Havenar, Louie Lowry, Larry Swindle and Duke Talbot. Party Girl was honored to be personally invited to their last Mardi Gras Ball and I am keeping my fingers crossed for the next. After all, a couple of months is not a long time to await my invitation! The Krewe of Rio Ball will be held on Jan. 12 and its ever-growing Rio Parada will roll January 26.