A New Orleans levee board wants to hold the oil and gas industry accountable for decades of damage to our state's coastline, but the Legislature may be poised to put the kibosh on the suit.

Among the biggest obstacles facing the Southeast Louisiana Flood Protection Authority-East in its lawsuit against 97 energy companies are Gov. Bobby Jindal and the Louisiana Oil and Gas Association. Their main argument: Such lawsuits will make the industry leave the state, taking jobs and tax dollars with them. 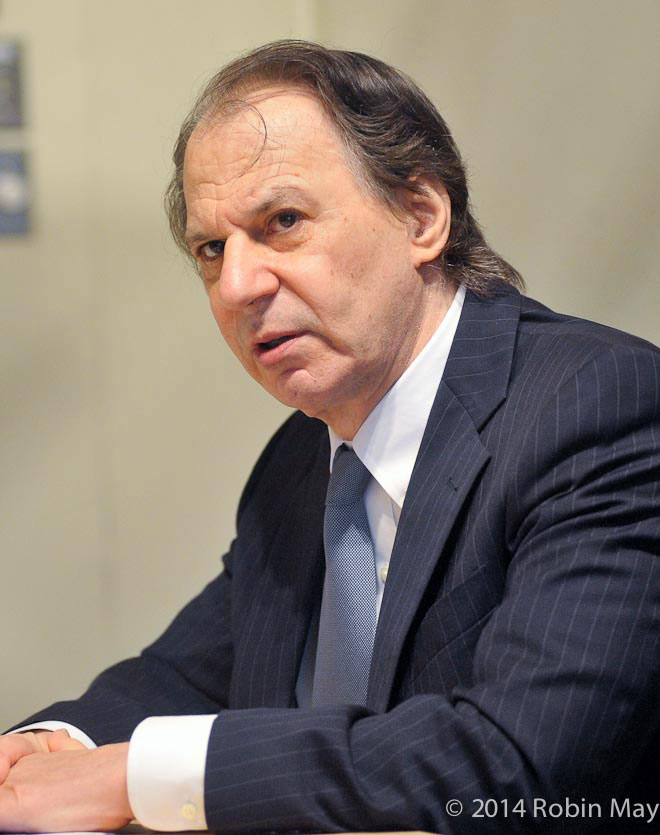 "The idea that the Legislature should kill a lawsuit that's actually being argued in court is like saying the industry is above the law." - John Barry

The lawsuit may be the best effort we have to make the industry pay for decades of destruction to our coastline caused by dredging canals for oil and gas pipelines. The evidence linking oil and gas companies to the problem is overwhelming, with much of the industry itself admitting culpability.

The state's Coastal Restoration and Protection Authority's master plan estimates that fixing the problem will cost $50 billion-$100 billion, and perhaps the best chance to start funding this remediation is by making the industry pay for its portion of the damage, as is called for in the levee board's lawsuit.

Yet, since the lawsuit was filed last summer, Jindal and LOGA President Don Briggs have done everything in their power to have it killed. Jindal first went on the offensive by not reappointing former levee board Vice President John Barry, well-known for his 1997 book Rising Tide and the lawsuit's biggest advocate. Jindal followed up with a vow to have the lawsuit derailed in the upcoming legislative session, set to begin March 10.

The only legislation filed so far comes from Sen. Robert Adley, R-Benton, whose Senate Bill 79 would give Jindal the immediate power to wipe the levee board clean and replace its members with whomever he chooses. Adley has pledged additional bills related to the levee board's suit.

The IND recently sat down for an interview with Barry, who is now actively involved in preventing the derailment of the lawsuit through his nonprofit, Restore Louisiana Now.

"All we're asking is what every parent or teacher asks of their kids: Keep your word, obey the law and take responsibility for your actions," says Barry.

He's referring to the permits oil and gas companies are required to sign before operating in the state.

According to Louisiana's Coastal Zone Regulations, which are backed by state law, when oil and gas companies sign permits for drilling, or for dredging exploration canals, they are agreeing to return the land to its "pre-existing condition." That, however, rarely happens, says Barry, and despite a number of studies showing the industry has caused up to 80 percent of Louisiana's total coastal land loss, he points to an industry sanctioned study that still attributes 36 percent of that erosion to oil and gas operations between 1932 and 1990.

Though Barry expresses confidence that the suit is ultimately headed for an out-of-court settlement, his one fear is interference by the Legislature.

Despite Jindal's pledge to stop the suit, a recent poll commissioned by Restore Louisiana shows that a majority of coastal Louisianans do not share the governor's sentiment. Of the 1,000 respondents, 74 percent were against a legislative intervention, while 90 percent agree that the oil and gas industry should pay. In Acadiana, the Hub City of the oil and gas industry, 62 percent of the people polled were against intervention by the Legislature.

Seventy-seven percent of all respondents say the loss of coastal wetlands and marshes must be addressed, and 90 percent agree the oil and gas industry should pay for restoring the areas it destroyed.

Perhaps the most pervasive argument raised against the levee board's lawsuit, one engineered by Briggs, is that such efforts will result in an exodus of jobs and taxes from the state. Yet that argument fell to pieces when Briggs gave a deposition in the 19th Judicial District Court Feb. 20 for a lawsuit filed by LOGA against Attorney General Buddy Caldwell over his decision that the levee board's suit, and its hiring of the Jones Swanson Huddell & Garrison law firm on a contingency-fee basis, follows state law.

Though Briggs - who admitted in the deposition that he never even read the levee board's suit - said he believes oil and gas companies are leaving because of our state's alleged hostile legal climate, he couldn't name one company, or cite one fact to back up his argument. Several days later, despite being subpoenaed to appear in court, Briggs was a no-show, with his lawyers citing health problems as the reason for their client's absence.

"[Briggs] actually admitted he never even looked at the evidence, that he never wanted to look at it," says Barry during a recent phone interview with The IND. "Their only argument has been that this lawsuit will kill jobs, and now we find out that the chief engineer of that argument, Don Briggs, can't even cite one job lost, or one company that's even considered the legal climate as a reason not to drill here. I mean, he confessed under oath that he didn't have any evidence of any kind that a job has been lost in this state because of a lawsuit. He said that under oath."

Despite Briggs' court-room breakdown and the lies that were exposed, for the levee board suit to survive, it'll have to get through the most critical attack, the one that will be waged in Baton Rouge during the upcoming session.

To gauge the mood among Acadiana's state lawmakers, The IND reached out to our area's four senators and eight representatives to see where they stand on a legislative intervention of the levee board suit.

Of the 12 polled, only six responded.

Republican Reps. Nancy Landry and Joel Robideaux arguably took the easy road with their stance, saying their decision on the lawsuit's validity will come after hearing all sides of the argument. Both, it's worth noting, expressed concern over the possibility of the suit's frivolity - a term coined by Jindal and Briggs - pointing to the fact that the levee board's attorneys were hired on a contingency-fee contract, which means they get nothing if the suit fails. (Drinking the Kool-Aid? That's the basis for the Briggs/LOGA suit against the AG.)

"I want to make sure that the lawsuit isn't simply an attempt to extort money from the oil and gas industry," Robideaux writes in an emailed response. "The fact that the lawyers' fees are on a contingency contract' causes me concern. Especially when the Attorney General's office is available to represent the levee board. If the governor brings forth legislation, it will allow us to have a thorough discussion on the subject. I look forward to hearing public testimony and discussing the issue with all of the key stakeholders."

In a phone interview with Landry, she says she can't pledge her stance one way or the other, at least not until she's heard the arguments from both sides.

"I definitely think it's within the Legislature's purview to get involved on whether levee boards have the authority to sue and use contingency contracts to sue," says Landry. "I think what [Jindal] is doing is seeing whether the levee board has the authority to do this. From what I understand, the attorneys are working on contingency fee contracts, and I'm not sure I'm in favor of that. But I generally don't pledge my vote one way or another until I've heard the testimony from both sides. I think it would undermine the process, and it wouldn't be fair to those who testify." 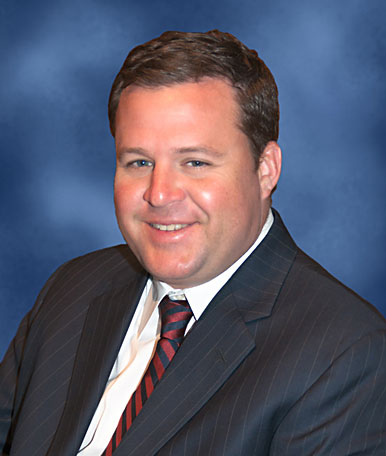 Republican Rep. Stuart Bishop's stance is a word-for-word echo of the arguments by Briggs and Jindal: "I support the governor 100 percent. We must bring an end to these frivolous lawsuits. This type of lawsuit is driving oil and gas companies out of this state, and this is a huge economic factor for us and we can't stand for that. In all honesty, if we can handle it legislatively, I think we should because it is frivolous." (Stuart's comments, it should be noted, came before the Briggs lies were exposed.)

Bishop also says he believes the companies "are following up on their permits."

On the other side of that spectrum were only two legislators, Rep. Terry Landry, a Dem, and Sen. Fred Mills, a Republican.
Landry openly says he disagrees with a legislative intervention, saying that's what the judicial system is for, and that's where lawsuits should be decided.

"I understand the investment the oil and gas industry has put into our state, but I also understand that we have three branches of government, and the judicial branch is one of them, and it's their job to make this type of determination, not the Legislature's," says Landry. "Our constitution provides that if there's damage caused by an entity, then an individual can sue and the courts can decide. That's not the duty of the governor or the Legislature."

Mills agrees with Landry, that this an issue for the courts, not the Legislature. After meeting with Barry recently, Mills says his eyes were opened to the industry's lack of compliance in following the terms of the exploration permits, namely that the land be returned as much as possible to its original state. 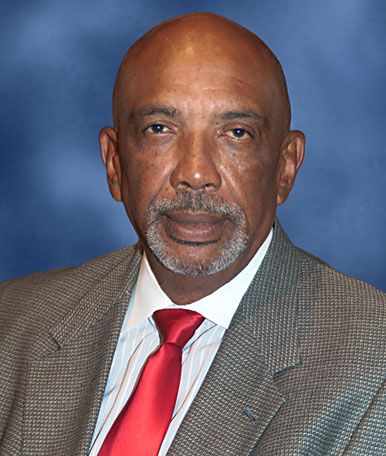 "If there's laws out there that need to be abided by, then we need to abide," says Mills. "In fairness, I'd like to reserve a final decision until I hear both sides of the argument, but there's also a compelling argument that this is a decision for the courts to make and for us not to get involved."

The only other senator willing to speak on the issue was Sen. Elbert Guillory, a Republican who isn't toeing the Jindal line on this one.

"I would like to see a negotiated resolution," says Guillory. "It's a complex issue, but I believe there's enough pressure to get this resolved immediately from both sides so that there's some solution. I'm going to do everything I can to get both parties to the table so there can be a satisfactory resolution that won't chase business away, but will also reasonably compensate for the damages that have been inflicted upon our beautiful state."

Republican Sens. Page Cortez and Jonathan Perry along with Republican Rep. Taylor Barras and Democratic Reps. Jack Montoucet, Stephen Ortego and Vincent Pierre did not respond to The IND's emailed requests for comment.

For Barry, the responses from Landry, Bishop and Robideaux are disheartening.

"If someone's undecided, that's a legitimate response, but for somebody to say this is a frivolous lawsuit, they apparently don't know what the word means," says Barry. "Probably the most frivolous lawsuit ever filed was the one Briggs filed against the AG. I mean he failed to show up in court after a deposition in which he confessed under oath he didn't have any evidence. The idea that the Legislature should kill a lawsuit that's actually being argued in court is like saying the industry is above the law, and that's about as radical and un-American a move as you can get. It undermines the fundamental American principle that everybody is equal before the law."

Here's a look at what Acadiana's legislative delegates received in campaign contributions from the oil and gas industry in 2013: