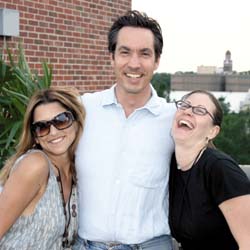 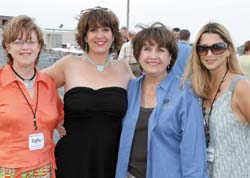 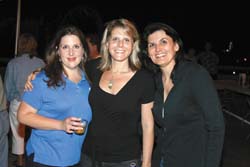 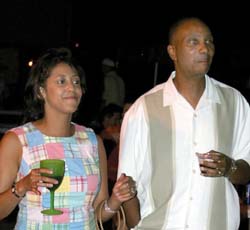 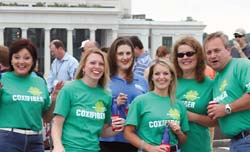 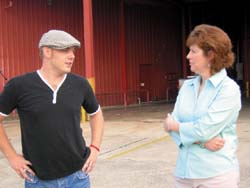 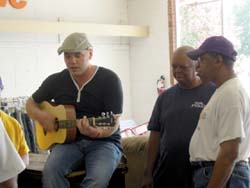 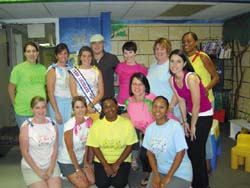 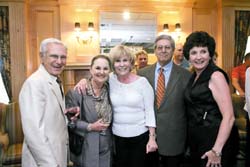 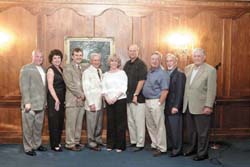 Party Girl's been moving up in the world lately. The Downtown Development Authority and Downtown Lafayette Unlimited joined presenting sponsors Architects Southwest, Cox Communications and Home Bank in hosting the Downtown Garage Top Crawfish Boil on May 16, and this event is one of Party Girl's annual must-do events. It's one of the most enjoyable mixers in Lafayette ' not to mention its stellar vantage point to view Lafayette's magnificent downtown. This year's crawfish boil was the largest ever, attended by almost 500 downtown Lafayette supporters including Gov. Kathleen Blanco. The crawfish were perfectly spicy, the spirits were quenching and the music kept guests moving as they ate, danced, laughed and enjoyed a spectacular and breezy cool evening, high above Lafayette's civic, cultural and economic heart. If you missed it, make plans to attend next year's May gathering on the rooftop of Parc du Centreville on the corner of Polk and Vermilion. It's a great place to feel on top of the world!

Another thing that makes me feel sky-high is seeing our local celebrities use their talent to help those in need. So I've been over the moon for Marc Broussard, who's continuing his role as spokesman for United Way of Acadiana. He began Year Two of his commitment by filming a United Way campaign video and participating in Day of Caring. Party Girl was able to get a couple of photographs while Marc was visiting Acadiana CARES, Stuller Place, and Lafayette Lanes with Lafayette Catholic Service Center. Marc also traveled throughout Lafayette, St. Martin, Acadia and Vermilion parishes while filming the video titled "Highways of HOPE" and visited hurricane-damaged homes and clients being helped by funded programs and agencies. There's a story behind each person rebuilding after the hurricanes ' maybe that'll inspire a new song for Marc. Hopefully Party Girl will have first dibs on hearing it.

Speaking of songs, Party Girl attended a special evening held recently in honor of Judy Keller's swan song as executive officer of the Acadian Home Builders Association. Judy served AHBA in that capacity for more than 16 years, and the Petroleum Club was filled with more than 200 guests. 'Twas a party fit for the best bon voyage a girl could ask for. Good luck in your future endeavors, Judy.