A Lafayette drummer is venturing into business beginning with an essential tool of his trade. 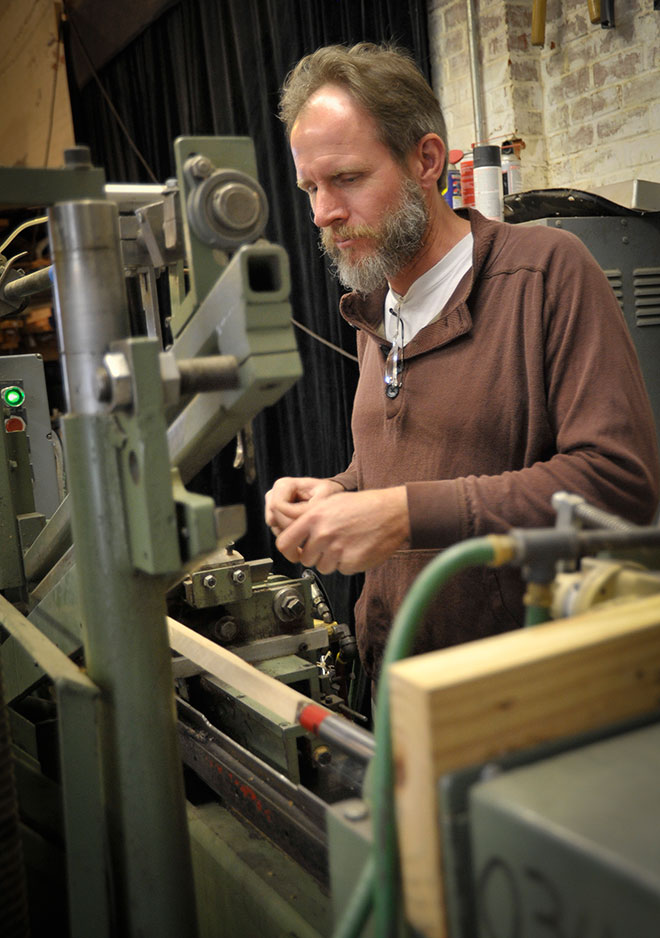 Frank Kincel is what you would call a "drummer's drummer." Versatile in all styles - jazz, rock, blues, you name it - he has performed and/or toured with such acts as Tab Benoit, the Bluerunners, Rue Boogaloo and Modern Jazz Movement. Along the way during his more than 20-year career as a professional musician - because, honestly, it's nearly impossible to earn a living playing music in this town, believe it or not - the UL Lafayette music school grad branched out into teaching and repairing drums.

Now he's taking it a step further. In late 2012 he purchased a lathe and had it shipped to 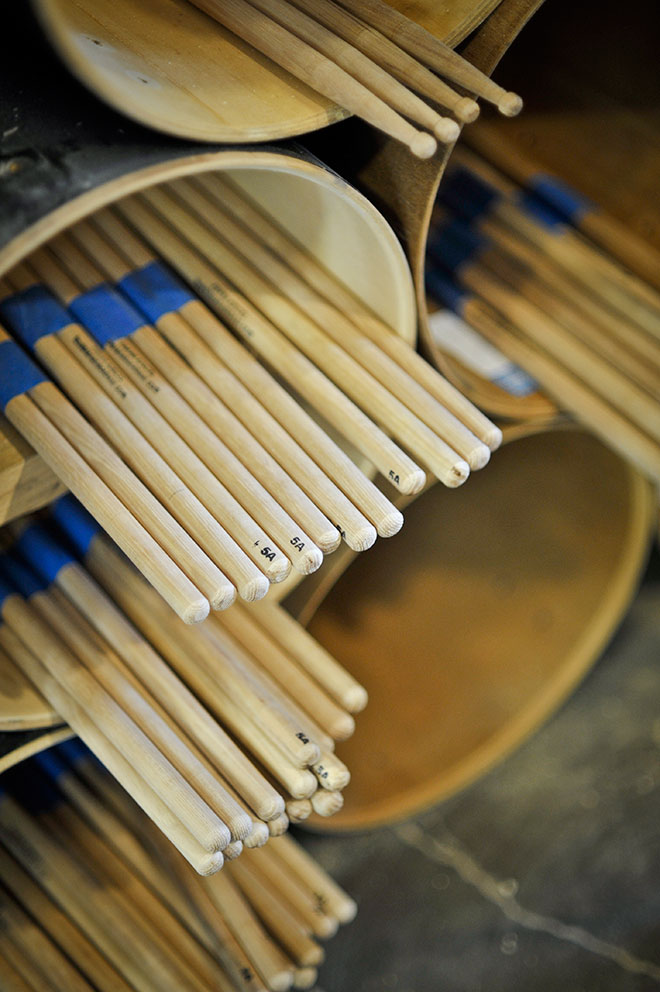 Lafayette from New Hampshire. After some retrofitting and watching a lot of instructional videos, the first drumsticks began rolling off his machine in a little warehouse/shop at the edge of Freetown around the turn of the year.

"I've made about 350 sticks that are usable, and about 250 that are garbage," Kincel says with a laugh. "It was a learning curve."

Using mostly hickory but also some maple - and he has begun experimenting with pecan, a Louisiana wood in plentiful supply - Kincel will soon ramp up production. He says the lathe has the capacity to turn out about 300 sticks per hour.

Kincel formed a company, LA BackBeat, and hopes to begin selling the sticks under that brand name on the retail market in the next four to six weeks, eventually moving on to manufacturing drum shells using a traditional soak-and-bend method.

On the day we visited the shop he was sorting sticks to send to several working drummers - prototypes they're getting for free to try out. The only thing they pay is feedback on the sticks, which will help Kincel perfect his product.

Running the lathe requires a lot of precision. Drumsticks are graded by weight and even a fraction of miscalculation can ruin an otherwise perfectly good stick; drummers are as particular about their sticks as anything.

But as much as anything, Kincel says getting the wood right is key. "I sorted through about 400 board feet to get about 16 feet of usable board feet," he says of a recent purchase.

LA BackBeat sticks will retail for about $5-$7 - that's a very competitive price - and will be available initially at Scott's Drum Center on Johnston Street and through a website, LouisianaBackBeat.com. You can learn more about Kincel's adventures in stick making on his blog at the site.