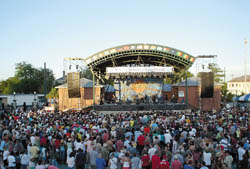 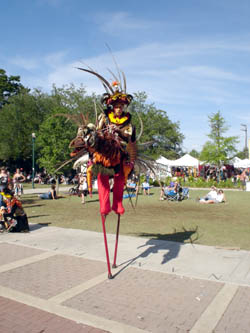 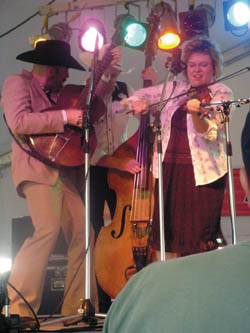 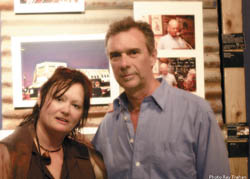 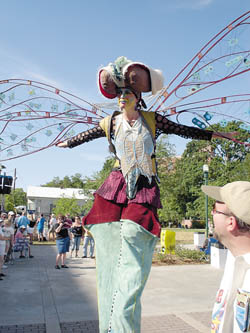 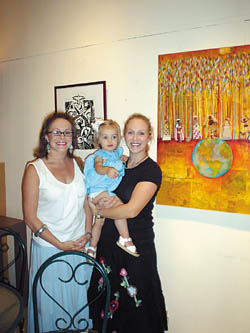 I'm not sure about my fellow partiers, but for Party Girl, Festival International week was a whirlwind of activity. But then I expected nothing less for the big 2-0; happy anniversary, Festival, and thanks for another great event! I'd dare say this was one of the best Festivals yet ' despite Mother Nature's Saturday rain shower. The weather only made for a more beautiful ' and packed ' Sunday. Rather than delve into a full recap, here's Party Girl's Top 9, in order of appearance. (I'm still too exhausted to make it a full Top 10!)

1. 20 Years of Festival: The Original Art, a first-ever collection of original art adapted for Festival posters over the years, had everyone reminiscing. Special guests at the Jefferson Street Market opening included artists Megan Barra, Ramsey Ayers and Robert Dafford. Several of the artists hadn't seen their pieces in years, and the exhibit served as a reminder of Festival's meaning to all of Acadiana over the past 20 years.

2. Cité Des Arts' opening for Canadian artist and photographer Sue Mills included special guest Zachary Richard. In partnership with the Acadian Memorial in St. Martinville, Mills' exhibit is six years in the making and includes portraits of Acadians across Canada and Louisiana ' more appropriate than ever during Festival time.

3. the subdudes, Irma Thomas and Allen Toussaint's opening show were an awesome kickoff to Festival. A great spot in front of the Parc International stage at 6 p.m. Thursday was exactly where Party Girl wanted to be for her first chance to see the subdudes in Lafayette, and in addition to some great music, the yo-yo show was an unexpected surprise. Irma followed, making a grand entrance and belting tunes heard all the way down the street. Allen Toussaint was no less superb, but Party Girl did sneak away from Main Stage for a minute to catch Beat the Donkey, a last-minute addition on the Fais Do Do stage. It was worth it to see the Mad Hatter-like leader banging a gong.

4. Amid the Saturday downpour, The Wilders played their set on the Fais Do Do stage. As energetic as any old-time country band Party Girl's seen, The Wilders played to a brave crowd who stuck out the weather and stayed on their feet. Wilders' fiddler and vocalist Betse Ellis' red cowboy boots worn over fishnet stockings were also a plus. That's some Festival fashion for you!

5. While rain is always a downer, it usually results in some pretty memorable Festival moments (remember The Red Stick Ramblers show under the beer tent two years ago?). Well, 2006's in-the-know moment was BeauSoleil's move to Boulevard Grille after their Main Stage set and BBC World's "Destination Music" taping was rained out. Word spread in about an hour, and more than 100 folks showed up to celebrate BeauSoleil's new album. Thanks to Boulevard Grille's Jeff Cart for making it happen!

6. The winged street performers/stiltwalkers making their way past Scène Lafayette on Sunday drew quite a crowd in the park square. From France, The Dragonites included a female dragonfly with beautiful purple wings and Griffon, riding a camel with a head that nodded to the crowd.

7. Buckwheat Zydeco's Sunday show was one of the most-talked about sets of the weekend and was about as hoppin' as Buckwheat can get. After some old favorites and even some conversation, the finale featured Buckwheat on the Hammond B-3 organ.

8. Party Girl can't think of any better way to have closed out Festival than watching The Skatalites from the observation tower. I admit, I used my VIP pass to get the view ' and have a glass of champagne with Festival poster artist Thad Morgan and photographer Philip Gould ' and it was blissful to see the happy crowd, arms waving in unison.

9. The after-party at Blue Moon was great, too, and practice sure has paid off for those Pine Leaf Boys. They sounded great, and Wilson Savoy's "Zydeco Gris Gris" song had the audience yelling at the top of their lungs.