The Lafayette Parish School Board has received a second letter of demand related to last year's insurance debacle, this time from Key Benefit Administrators claiming it's owed $93,000 from the school system.

The Lafayette Parish School Board has received a second letter of demand related to last year's insurance debacle, this time from Key Benefit Administrators claiming it's owed $93,000 from the school system.

The letter of demand, which was received Feb. 25 by the school system, claims that KBA, along with its selected prescription drug provider, Employee Health Insurance Management, is owed $93,000 for time and travel expenses - $58,000 for KBA and $35,000 for EHIM.

"The numbers take into account lost opportunity costs incurred by both companies," writes Wallace Gray, KBA's legal counsel, adding, "We have not yet asked for lost profits but we reserve the right to increase our demand by those amounts should this matter not now be concluded."

Yet, here's the rub: No contract was ever signed between the school system and the two companies. Sound familiar? And although the

school board did pass a resolution granting preliminary approval to enter a deal with KBA and EHIM on Oct. 2, that vote was later deemed illegal by the district attorney's office and was rescinded at a special board meeting held Oct. 22.

According to receipts submitted to the school system, the two companies' expenses include employee wages as well as costs from hotel rooms, rental cars, meals and a number of airline tickets between Aug. 4 and Oct. 22.

What's interesting is that Rina Tikia's name appears in the receipts submitted by EHIM. Tikia was the insurance consultant hand-picked last year by board member Hunter Beasley, now the board's president. Like KBM and EHIM, Tikia also submitted a letter of demand to the school system claiming she's owed $200,000, despite never signing a contract with the school board. Her mishandling of the RFP process last year, and her push to hire KBM and EHIM to replace the school system's long-term provider Blue Cross Blue Shield of Louisiana not only raised suspicions, but ultimately led to the board's refusal last month to cave to her demands for payment. The board instead opted to let the issue be decided by the courts. 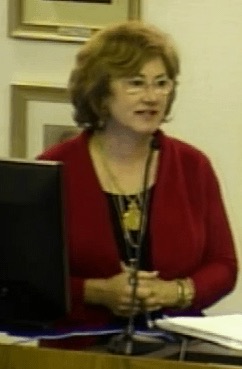 According to EHIM's travel receipts, Tikia, along with her sister Robyn Tikia, were flown by the company to Detroit on Aug. 4. In addition to $227 in hotel expenses, EHIM also paid $825.20 for Rina and Robyn Tikia's airfare as well as a $326.52 dinner at a Mediterranean restaurant called Phoenicia, all of which the company claims it is owed by the school board. Even more revealing is that four days after the Detroit trip, Rina Tikia returns to Lafayette for the school board's Aug. 8 meeting and recommends the board hire KBM and EHIM as its health and drug plan administrators, claiming the board will save about $8 million with the switch from Blue Cross.

According to new information obtained by The IND, Tikia appears to have conveniently avoided a key component during last year's RFP process that would have vetted her claim of massive savings by switching away from Blue Cross.

Traditionally, the school board's selection of a health plan administrator involves the submission of claim repricing data, which is considered one of the best tools in comparing the costs between two companies. It's basically a way to substantiate the discounts claimed by the prospective carriers.

"It's the only true comparison of what it will cost you to go with a particular administrator; it's the main exercise that gives you what you need to make a good decision," says LPSS Risk Management Director Mona Bernard. "Rina didn't ask for it. We had asked for it, but her comment to me was, There's not enough time.'"