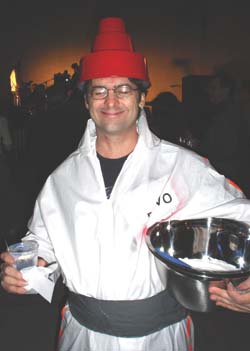 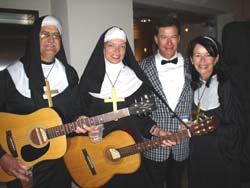 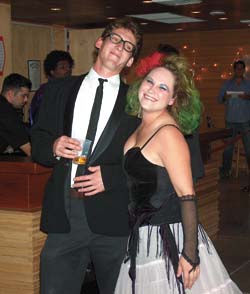 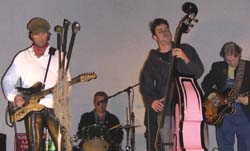 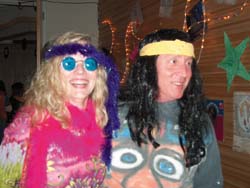 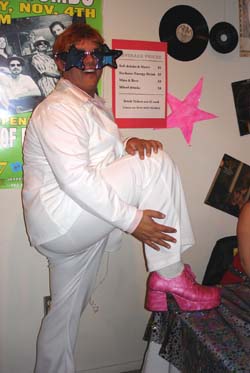 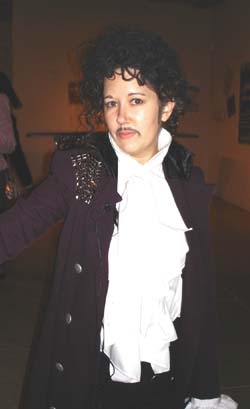 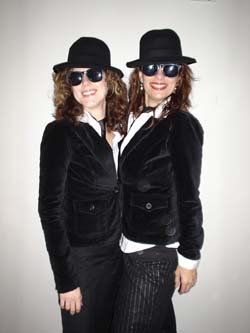 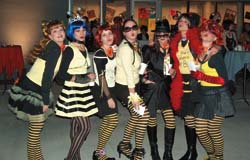 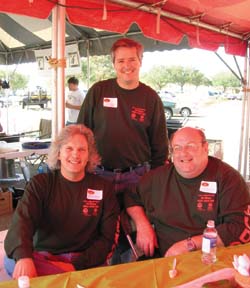 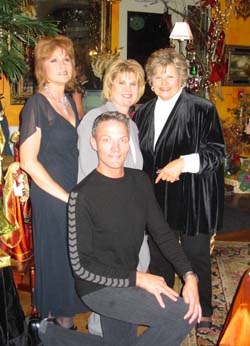 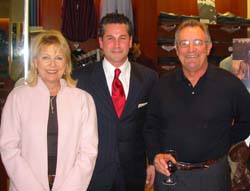 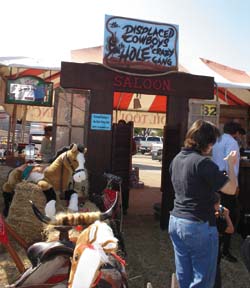 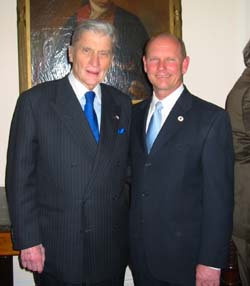 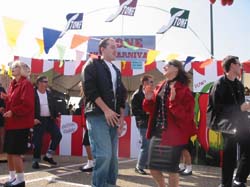 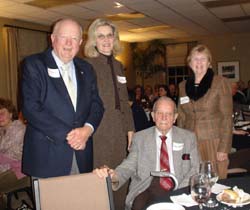 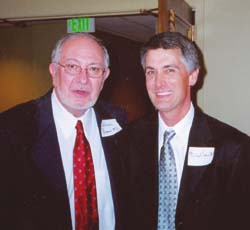 I hope you're all rested from the holiday and ready for the party season! Party Girl can hardly keep up with all the events on my plate, but don't worry, I won't miss a one! And I'm sure thankful I didn't miss what might have been the best party of the year Nov. 19 at the Acadiana Center for the Arts. The postponed Party Like a Rock Star event only got better with a couple more months of planning, and the result was smashing. It kicked off with an IberiaBank pre-party in the vault, aka Lava Lounge, and stars like Dolly Parton and The Village People arrived early for a guided tour of the Greatest Album Covers that Never Were exhibit. The rock stars really turned out in full force after C.C. Adcock and special guests took the outdoor stage. Elton John made an entrance in his white suit, pink metallic platform boots and star sunglasses. Heads also turned when the Wanna B's limo arrived, buzzing with female bees promoting their new album I'm a Beeliever. And I'll never forget Prince's purple jacket, hearing the Blue Ã?yster Cult cowbell throughout the night or Devo's red Tupperware hat and "Whip It" bowl. There were even live performances by Britney Spears and Jim Morrison! (I never thought I'd get to see that one.) Among all the stars, groupies and fans, it was Dolly who took home the prize for best costume. The after-party continued in the upstairs Disco Room, where Party Girl danced the night away. If you missed it, there's always next year. "Based on this year's success and the incredible feedback we've received from people who attended the celebration, we certainly intend to make this marriage of music, art and food an annual occasion," says Arts Council Director Buddy Palmer. "There's no telling which musical legends ' living or deceased ' might show up for next year's bash!"

Party Girl also looks forward to the Halliburton Chili Cookoff every year. Since it moved to the Mall of Acadiana, there's plenty of room for cookin' chili and tasting until your lips burn. This year was no different, and highlights included Stone Energy's spirit award-winning skit from Grease, the mall's "exotic" chili and the No.1 winner in the traditional category, Air Logistics. That was some good chili!

River Ranch has been busy as usual, with several new businesses opening just in time for the holidays. Moseley and Hollard and Julie's Etc., located inside the Onebane building, recently cut their ribbons. The shops were decked out for Christmas, and Julie's is the place for gifts. Julie Wimmer, one of the owners, looked radiant and kept saying the shop is a dream come true! Y'all have to pick up one of her Rosemary Garden candles, and try Moseley and Hollard for the man on your list. Congrats to Roy Hollard and Joe Moseley, who met long ago at Gaidry's Menswear, on their dream as well.

I was also lucky enough to be invited to a reception at the home of Ambassador Jean-David Levitte in Washington, D.C., to pay tribute to the French government and French firms that have committed a total of more than $20 million to Katrina hurricane relief efforts. As if traveling to D.C. wasn't great enough, PG got to sample the fabulous French wines that were served and finally settled on Mumm's Cordon Rouge champagne for the evening's toast. The Ambassador's residence is a 1905 mansion in Georgetown, and my driver noted that Secretary of Defense Donald Rumsfeld's personal residence was across the street. Nice neighborhood! Among those in attendance were Joey Durel, Mary Landrieu and David Vitter, Lois Breaux (who helped organize the fête), Cokie Roberts and Lindy Boggs, Mitch Landrieu and Bob Livingston. Nice group, too!

There's always plenty of "local" celebrities to come home to though. The Woman's Foundation's 25th anniversary celebration brought together a wonderful group to celebrate at The Townhouse Nov. 17. Party Girl sat with Gerri and Bo Ramsey and Elaine and Ed Abel, while applauding all the great efforts of the Woman's Foundation. Did y'all know they've given $279,000 in grants since 1988 and received a national Philanthropy Award from the Planned Giving Council the same week as their silver anniversary? Congrats to Rose Cormier and her staff!