BATON ROUGE, La. (AP) - The Louisiana Legislature opens its three-month regular session Monday, with lawmakers considering a rollback of toughened educational standards and a boost to the state's minimum wage among a wide-ranging list of proposals up for debate. 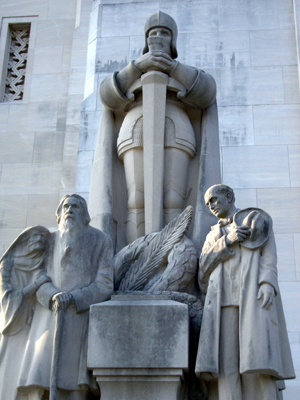 Lawmakers were to gavel in at noon. Gov. Bobby Jindal planned to speak to a joint session of the House and Senate an hour later.

The Republican governor's legislative agenda is a limited one. His top priority involves boosting job skills training for students in high school and college and better matching them to the petrochemical and manufacturing jobs his administration has attracted to Louisiana.

While Jindal has proposed a light list, lawmakers have filed more than 1,500 bills with a range of their own ideas.

Legislators can tackle nearly any topic of interest - except taxes. And they must get a budget done before they go home.

Jindal offered his $25 billion budget proposal for the 2014-15 fiscal year, and the House Appropriations Committee will start combing through the recommendations Tuesday.

The governor recommends new education and health care spending, pay raises for state workers and an incentive fund to encourage colleges to boost their science, engineering and technology training.

A group of House conservatives are criticizing some of the financial maneuvers Jindal wants to use to steer surplus and other one-time cash to ongoing state government expenses, continuing an annual fight over budget strategy.

The legislative gathering will revisit some of the perennial debates in the Louisiana Capitol. Lawmakers will consider bills on hot-button social issues like abortion and gay rights. They'll again debate whether to ban cellphone use while driving. And they'll return to a discussion of whether to open more governor's office records to public scrutiny.

Heated debate already has started about the state's use of the Common Core educational standards, which are grade-by-grade benchmarks adopted by most states of what students should learn in reading, writing and math.

The state education board agreed more than three years ago to phase in the standards to Louisiana's public schools. Now that implementation is underway, lawmakers are questioning whether the efforts should be slowed, tweaked or scrapped entirely.

Meanwhile, a feud between the oil and gas industry and a flood protection board in southeast Louisiana will spill into legislative debate.

Jindal is pushing to void a lawsuit the board filed against more than 90 oil and gas companies that blames their drilling activities for coastal erosion. The governor's also seeking new limitations on the levee boards' authority and independence.