The board hopes to recover all fees paid, plus one-half, along with what could amount to hundreds of thousands in additional penalties.

There is very little in the Louisiana Board of Ethics' Feb. 3 court filing that hasn't been reported by The IND in the past three years, but the agency does attempt to lay out, in very simple terms, how developer Greg Gachassin used his position on a public board "to line his pockets with money." Calling Gachassin's violations "both vast and egregious," Board of Ethics Deputy General Counsel Michael Dupree makes a compelling case for recovering the $1 million in fees the development consultant and his Cartesian Company collected in recent years on two low-income housing projects in Lafayette.

But Dupree doesn't stop there. In his memorandum supporting the state's motion for summary judgment, he asks for one and a half times the economic advantage Gachassin realized, which brings the penalty to $1.5 million. And he also is seeking what could amount to hundreds of thousands in additional penalties for each code violation Gachassin and his company allegedly committed.

For Dupree, the facts are indisputable. 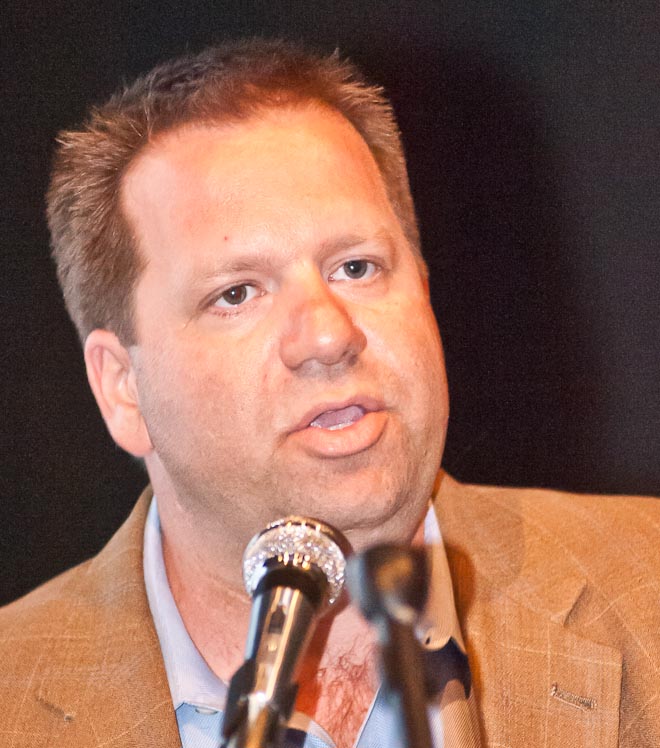 The Louisiana Board of Ethics aims to collect more than $1.5 million from Lafayette developer Greg Gachassin.

In June 2012 the Ethics Board voted to charge the Lafayette developer and his company with violating Louisiana's Code of Governmental Ethics while he was a member of the Lafayette Public Trust Financing Authority's board of trustees. The action is much like filing a civil lawsuit against Gachassin; on Thursday in Baton Rouge the Ethics Adjudicatory Board, a three-member panel of administrative law judges, will hear arguments on motions filed by both parties.

Gachassin's attorneys filed an answer to the motion for summary judgment, but The IND was unable to immediately obtain that document Monday. The panel is not expected to rule this week; rather, it will take the matter under advisement and render a written decision at a later date.

In its April 2011 cover story "How Gachassin Games the System," The IND spelled out how the local developer laid the foundation for lucrative work with the LPTFA while he was serving as an appointed board trustee from November 2003 to November 2009. State ethics laws prohibit an appointed board member, or a legal entity in which he has a substantial economic interest, from bidding on, entering into, or being in any way interested in a contract, subcontract or transaction that is under the supervision or jurisdiction of the agency or public servant. The prohibition extends to the public servant and his dealings with the public board for a period of two years (the Lafayette City-Parish Council appoints LPTFA trustees).

The Ethics Board says in court documents that Gachassin was "instrumental" in creating both the Villa Gardens and Cypress Trails low-income housing developments, noting minutes from LPTFA's meetings reveal that he used his position as a trustee to assist in the "conceptualization, planning, creating, execution of, and funding" for the projects. The ethics investigation found that on Nov. 1, 2009, Gachassin, as president and owner of The Cartesian Company, entered into consulting contracts with both the Cypress Trails Limited Partnership and Villa Gardens Limited Partnership.

"The LPTFA board minutes reflect that the Cypress Trails and Villa Gardens projects were the subject of transactions before the LPTFA on numerous occasions before November 1, 2009," with each vote constituting a violation of the state's Ethics Code and potential $10,000 penalty per violation, the motion reads. Also on that same November day, according to the court record, the LPTFA created Cypress Trails Corporation as an "instrumentality" of itself: "As such, the Cypress Trails Corporation became an organizational unit of the LPTFA."

Three days after executing the contracts, on Nov. 4, 2009, Gachassin, then chairman of LPTFA, voted for the public trust to move forward on the projects. He also voted to "recast" the $460,000 loan from LPTFA to the Lafayette Housing Authority for Villa Gardens, meaning what was supposed to be a loan with 3 percent interest was restructured to a long-term, no interest loan to be repaid from Villa Gardens' cash flow.

Thirteen days later, on Nov. 17, Gachassin resigned from the LPTFA board. And just two days later he collected his first $50,000 payment from Villa Gardens. In the two years following his departure from the public board, he appeared before the board three times to update it on the progress of Cypress Trails. Again, the Ethics Board argues that each appearance before the LPTFA board constitutes a violation, as does each submission to both projects for payment and each renegotiation of his contracts on the Villa Gardens and Cypress Trails projects (which were numerous). All of this was done during the two-year prohibition. 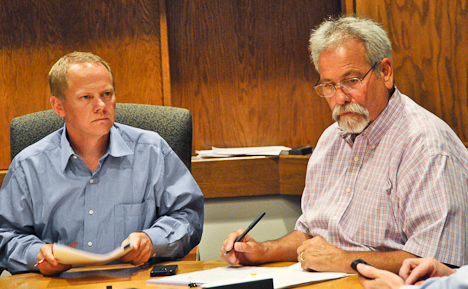 John Arceneaux (left), who replaced Greg Gachassin as chairman of the
LPTFA's board of trustees in 2009, and longtime board attorney Richard Becker

The motion also reveals that LPTFA attorney Richard Becker was investigated by the Ethics Board in this matter (The IND has long argued that the attorney and trustees who were serving in November 2009 were complicit in the arrangement), though it appears no action has been taken against him. His and Gachassin's depositions are included in the state's Feb. 3 motion, with both of the men acknowledging that it was Becker who represented the two limited partnerships in their contract negotiations with Gachassin. And it was Becker, again LPTFA's attorney, who drafted the documents creating the limited partnerships, and one of Becker's companies, American Title, that did the closing work on the deals, writing all of the disbursement checks necessary to execute the transactions and get the projects moving.

Ethics attorney Dupree does not mince words in his closing.

"The violations of the Ethics Code by the respondent in this matter are both vast and egregious," he writes. "Mr. Gachassin used his influence and position as a member of the LPTFA to incorporate a company and enter into project consulting agreements valued at $1,000,000.

"Mr. Gachassin's conduct not only violates the specifics statutes of the Ethics Code cited herein, but such conduct also violates the spirit of the Ethics Code in its entirety. The Ethics Code was enacted by the people of the State of Louisiana to specifically ensure that public office and employment were not to be used for private gain. In this matter, Mr. Gachassin used his public office for private gain. He engaged in the type of conduct which is exactly what the Ethics Code is designed to put an end to. The public's interest has been impeded in this matter, as Mr. Gachassin ignored the very principles of good government, and instead, chose to use his office, bestowed upon him by members of the public, in a manner intended to line his pockets with money."

[Editor's Note: What stands out in Becker's deposition, at least to this reporter, is his statement that minutes of the LPTFA board of trustees meetings were recorded. Becker told The IND for earlier reports that the meetings were not recorded. When this reporter commented that the transcriptions appeared to be based on recordings, he insisted that he took meticulous notes.

In a public records request from February 2011, The IND asked:

4. Are the meetings tape-recorded? If so, I would like the recordings from all of 2008 and 2009.
Answer: The meetings of the LPTFA are not recorded.

But Becker had this to say about the LPTFA's meetings in his deposition two years later - on Feb. 27, 2013:
"Today they're digitally recorded. Prior to that they were recorded with a recording device."

We reached out to Becker Monday afternoon for clarification, but he has not responded. We will update this story if he does.]