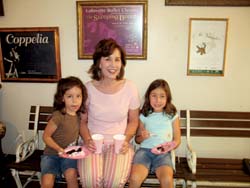 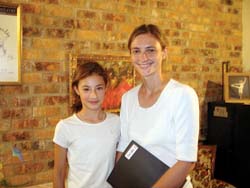 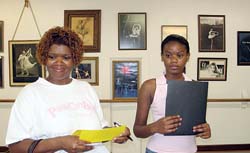 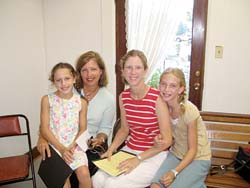 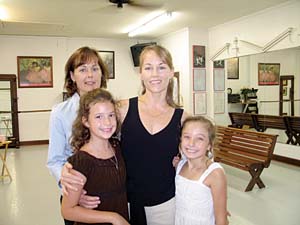 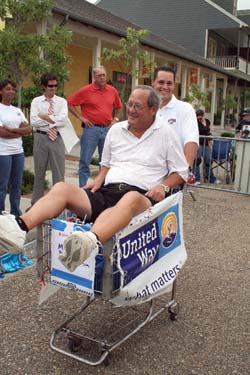 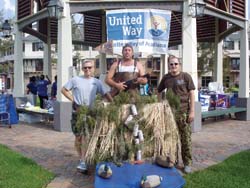 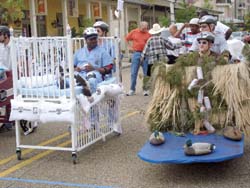 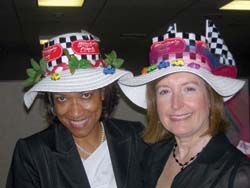 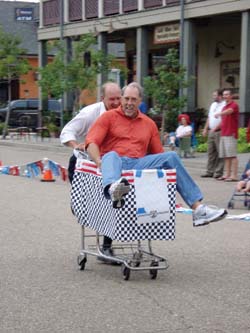 Lafayette Ballet Theatre saw the start of this year's Dance Conservatory session as an opportunity for fun and inspiration. More than just an orientation, the event included a "show and tell" by some of the school's most advanced students, enabling beginners and intermediates to see and discuss what they may expect to achieve through hard work and determination. A social reception followed. Hostesses Jhan Beaullieu and Mary Cain, both Lafayette Ballet Theatre board members, treated guests to refreshments as pleasing to the eye as to the palate. A beautifully decorated two-tiered wedding-style cake featured two flavors to suit different tastes: Party Girl's favorite flavors, chocolate with chocolate filling and white with raspberry filling. I thought both went well with the pink lemonade. Many of the students, parents and staff in attendance mingled in the intimate studio setting while others lingered in the garden on this Sunday afternoon.

From leisure to speed: "The race is on!" says Sarah Berthelot, United Way of Acadiana chief philanthropy officer. In one month, 57 local companies serving as United Way of Acadiana Pacesetters rolled in a whopping $1,012,626. And, in a new spin on these results, "Pacesetters" had the opportunity to take their success "on the road." United Way of Acadiana's Community Kickoff Celebration ' the HOPE Derby ' added a new dimension to stock-car racing as we know it. Pacesetter companies and local celebrities raced through Town Square at River Ranch in self-propelled, custom made "pace cars," vying to become the 2007 Leader of the Pack. And in a nod to the Kentucky Derby, a hat competition was also held. "The Hope Derby marked the official kickoff of the 2007 United Way of Acadiana Annual Campaign," says Jerry Prejean, 2007 annual campaign chairman. "Today we send special thanks to the 57 companies who have built the momentum for this year's annual fundraising campaign." Pacesetter companies fuel United Way of Acadiana's annual campaign each year, and the rubber's really meeting the road in 2007. Funds raised from this year's annual campaign efforts will help improve lives and fund community programs that impact children, families and the elderly in Acadia, Lafayette, St. Martin and Vermilion parishes.