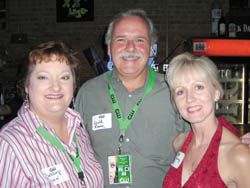 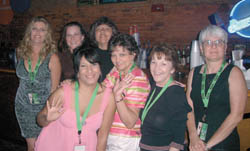 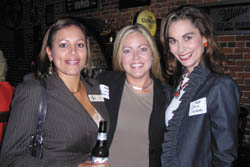 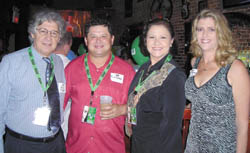 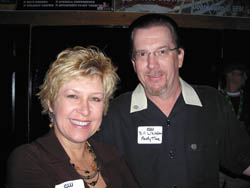 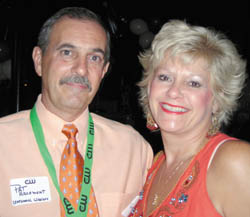 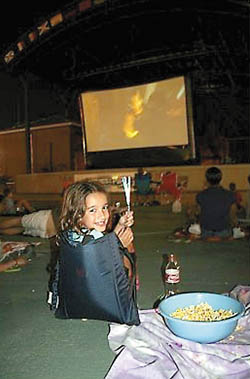 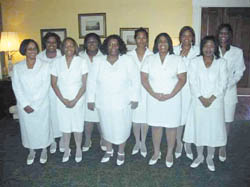 On Sept. 18, Party Girl stopped in at Nitetown for The CW Network launch party. KLWB joined The CW Television Network on Sept. 20, the official launch date of the new station. Party Girl was given the VIP treatment indeed, especially with iMonelli catering the event! Among the guests were Barbara Savoie from Awardmaster, Scott Lauck from Sandra's Health Food Store and his wife Gaye Lauck from Acadiana Travel & Cruise. Guests trickled in after work, but the crowd multiplied as the Top Cats hit the stage. They eased into the night with songs from Barry White and Van Morrison, but Party Girl almost dropped her cocktail when the band covered "Salt Shaker" by Lil Jon and The Eastside Boyz! No lack of enthusiasm from the CW crew either; I heard the party lasted until the morning!

The Eta Chi Omega Chapter of Alpha Kappa Alpha Sorority welcomed 10 new members into their organization at brunch on Sunday, Sept. 10, at Lafayette's a la carte. Eta Chi Omega is Lafayette's only alumnae or graduate member chapter; this organization today thrives as a sisterhood of women who have consciously chosen the affiliation as a means of self-fulfillment through volunteer service. The Chapter is under the leadership of President Stephanie Finley and Membership Chair Tanya Sias. (The Independent recently honored Stephanie Finley as one of the 2006 Women Who Mean Business on Sept. 20.) "We're excited to have 10 new members who will continue the sorority's tradition of service," said Finley.

When Party Girl heard of the outdoor film series "Movies in the Parc," she grabbed her afghan and her lawn chair. Parc International in downtown Lafayette was the perfect setting for the opening feature, Harry Potter and the Sorcerer's Stone. Good choice, however Party Girl is looking forward to the next outdoor film on Oct. 14, the pre-crazy Tom Cruise classic Top Gun! If the temperature is cool enough, Party Girl will dig out her bomber jacket and leave the afghan at home. Event organizer Michele Ezell from Tsunami was among the crowd catching the flick. "Wow! What an impressive event," she said. "At 6:40 p.m. there were approximately 100 people waiting for the gates to open. An estimated 1,200 folks quietly found their spot for viewing our Movie Night series in the Parc!"