The Lafayette Parish School Board's mishandling of its insurance selection process over the last two years has caught the attention of the FBI. 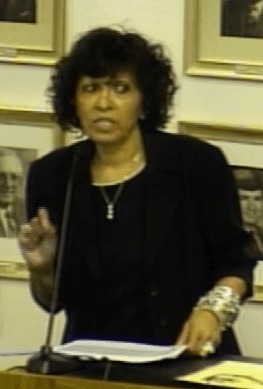 The Lafayette Parish School Board's mishandling of its insurance selection process over the last two years has caught the attention of the FBI, according to several sources with knowledge of the probe.

Superintendent Pat Cooper and school board members contacted for this story declined to comment on the record, yet The IND has learned that the feds are indeed making the rounds, with more members slated for questioning in the coming weeks.

Our sources, who spoke only the condition they remain anonymous, say the investigation centers on the alleged bribery by insurance consultant Rina Tikia, who attempted to use New Orleans Saints tickets to sway the votes of at least two board members toward Key Benefit Administrators during last year's selection of a third party administrator for the school system's group benefits plan.

Those two board members, who confirmed to the The IND last month that they were offered the tickets, were Mark Cockerham and Shelton Cobb. In earlier interviews on the matter, they both said that during last year's selection process they were approached by Tikia with an envelope containing two tickets to Saints games.

The IND reached out to FBI Special Agent Don Bostic, who heads the federal bureau's Lafayette office, but Bostic would neither confirm nor deny "the existence of an investigation."

According to our sources, some board members have already been questioned, and the investigation appears to be broadening beyond Tikia and the Saints tickets.

One source with knowledge of the questions the feds are asking says investigators are also looking into the 2012 selection process, when board member Tehmi Chassion pushed so adamantly for a contract with Lafayette businessman Wayne Elmore's Southern Benefit Services. Such an arrangement could have been financially beneficial to his half-brother, City-Parish Councilman Brandon Shelvin, who works for Elmore.