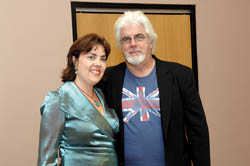 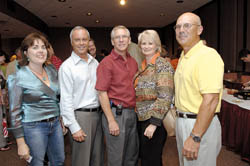 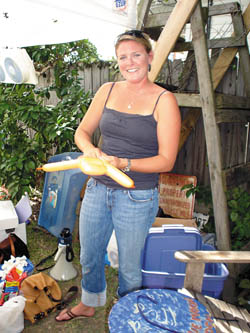 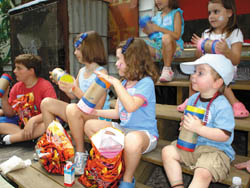 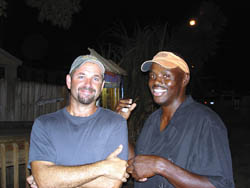 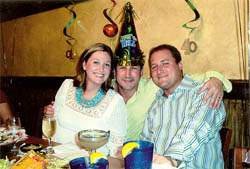 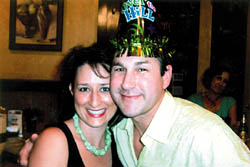 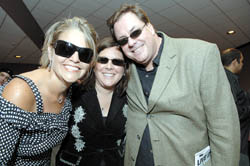 It's been a busy month for parties, mes amis! With the Performing Arts Society of Acadiana's season kicking off, Festival International's "Friends" event and several other kickoff events (recaps coming soon!), Party Girl's been getting around town. PASA's season launched with former Doobie Brother Michael McDonald at the Heymann Center. The meet-and-greet before the concert and the after-party hosted by Whitney Bank were almost as exciting as seeing the white-haired McDonald on stage. His ending number, "Takin' It to the Streets," had the packed house rockin'! PASA volunteer production assistant Camille Banuchi filled me in on what it was like to work with McDonald and his crew. "He was a super-nice guy. The whole crew was very gracious and down to earth," she says. "They even wanted to kidnap me and take me on the road with them." Banuchi had to decline, as she's got the rest of the PASA season ' which includes Bo Diddley and Irvin Mayfield & the New Orleans Jazz Orchestra ' to pull off. Party Girl made sure to get her season tickets early!

Festival International's "Amis du Festival" membership program is like a yearlong ticket to Festival info and events. Held each September, the membership drive kicks off with an all-day event at Blue Moon Saloon. The 2006 Sept. 16 festivities began with kids' activities in the afternoon, including guest artist Ramsey Ayers, who drew pictures of the kids and was quite a trooper out in the heat at eight months pregnant. Fiddler Dave Trainer also came out in an airplane hat to play music for the young 'uns, who also loved Hobgoblin Puppet Theater. Then it was time for the adults to have fun. Nouveau String Band avec Marce Lacouture was the first to take the stage, but the dance floor really heated up with Lil' Nathan & the Zydeco Big Timers with Dennis Paul Williams sitting in. The Richard Revue closed out the show with its usual ecstatic fans. With a new haircut and close shave, that Troy Richard looks and sounds better than ever!