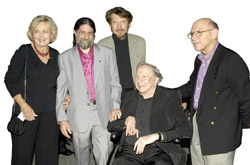 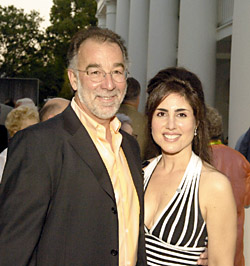 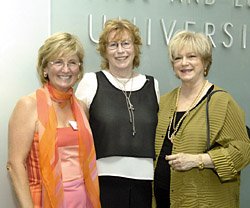 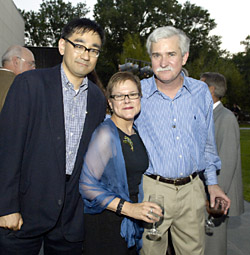 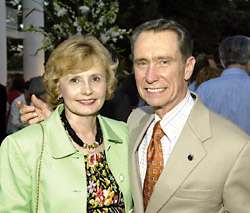 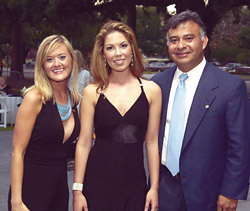 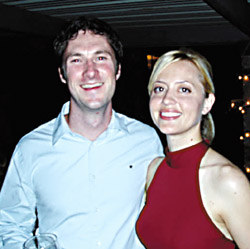 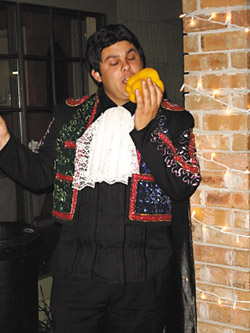 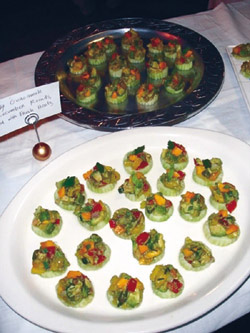 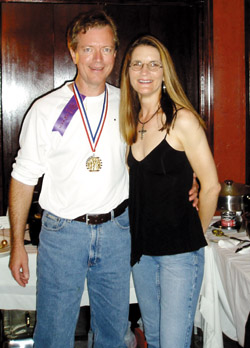 The temperatures are heating up and so is the party scene, so get ready for an event-full summer. With so many places to see-and-be-seen, even Party Girl might get flustered, but not to worry: in my high heels and party dress, I can accomplish anything!

What will forever be known in Lafayette as "The Rauschenberg Week" is a terrific entry in the PG diary. Who could resist spending as much time as possible in the presence of greatness? And who would have thought that the 79-year-old artist could keep up such a pace? So I made every event, from the Donald Kuspit lecture on Wednesday through the "Conversations with the Artists" on Thursday and especially enjoyed some private moments with artist Darryl Pottorf during Kay Dore's lawn party for sponsors and members of The Curators Circle on Friday. Hostess-of-the-weekend Jeanie Rush turned to her son Chuck to pull together a cochon-du-lait for the group, who were also treated to the first sampling of Monitos' tapas menu. I know I'm not the only one in town who can't wait for the restaurant to open! Dwight and Nedra Andrus, Marshall and Sandy Mugnier (a true fan in her black suit and Rauschenberg t-shirt), Joyce and Sherman Scott and Daryl and Laura Byrd enjoyed the food, music and full moon ' which also shone brightly on the opening gala at the museum the following night. Imagine the culinary creations from à la carte and the musical art of BeauSoleil playing against the backdrop of the museum's luminescent water wall. Joyce Bonin and her friends harvested magnolias from Bendel Gardens for the elegantly simple centerpieces, and the gala guests were equally stunning. Sue Dinkins' shirred white dress was a Party Girl favorite, and she looked great on the arm of beau Pat Mould. Mart and Marvita Hudson, Dr. Ray Authement and his wife Barbara, Jim and Rosey Adams, Jerry and Kay Prejean, Steve and Paulette Landry and Paul Hilliard (of course!) strolled through the museum crowd. I felt like I was on the red carpet with all those photographers and Rauschenberg collectors came from as far as Miami and Los Angeles. All were impressed by the museum, which was still full when the lights went down at 9 pm.

It's hard to top that, but as dedicated to my profession as I am, Party Girl headed to Lafayette's first Iron Chef party for some more edible art. Hosted by Naomi Celestin, who recently launched a group for young professionals called Like Minds Network, and her fiancé Craig Cordell, the event brought together a like-minded group of amateur chefs to battle it out for the title of Iron Chef, the popular Food Network Japanese cooking show. Honorary Chairman "Ming Comeaux," played by none other than David D'Aquin, got the evening off to a great start by entertaining the crowd with his own Iron Chef comedy show and ceremonially biting into the bellpepper. The secret ingredient for the evening was mango, and guests started off the night with mango margaritas and mojitos, before sampling the many mango dishes and voting on their favorites. Deer Caught in the Headlights Sausage with Mango Sauce, Mango Chutney Stuffed Pork Loin and Mango Guacamole on Cucumber Rounds all competed for the Iron Chef title, but it was the Curried Mango Shrimp created by Linda Dupuis and Mike Geyer that stole the show! Linda and Mike will go on to face off against a new crew of Iron Chefs at the next event.