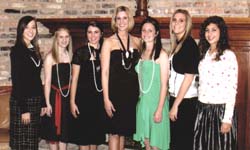 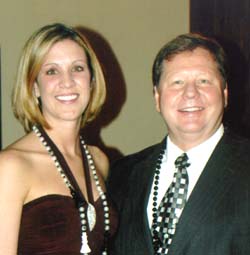 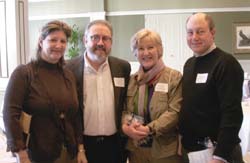 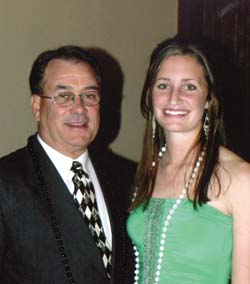 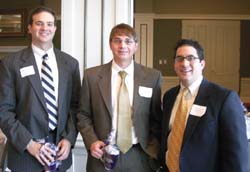 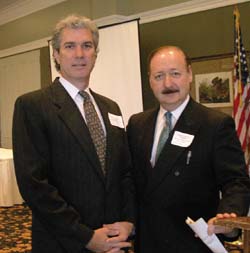 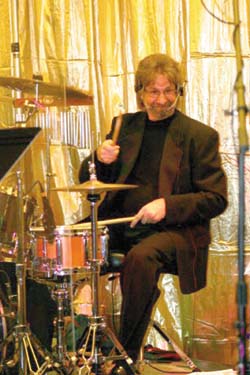 Party Girl loves to mingle with royalty, and that was the case at Oakbourne Country Club, where The Game of Kings (and queens) was the theme, and Queen Athena and King Ares XVIII (Sommer Sheffield and Danny McFarland) were presented along with their court to Scott's Krewe of Olympus. They added a little Cajun spice to their elegant surroundings by two-stepping well into the night and even entertained a few special guests such as Scott's Mayor Hazel Myers, who presented the group with the key to the city, declaring Feb. 11 the date of their "Checkmate" ball, Krewe of Olympus day.

Then Party Girl got serious about a good cause at the Lafayette Parish Bar Foundation's Champions of Justice Breakfast where more than 100 attorneys gathered at the City Club for the annual event in honor of lawyers who made exceptional contributions to the Lafayette Volunteer Lawyers program. Campaign for Civil Justice co-chairs Glenn Armentor and Jack McElligott provided an update on the fund drive, which is nearing its $300,000 goal and hopes to reach 100 percent participation among members of the bar by year's end. Among those enjoying the traditional American breakfast were Pat Ottinger, Judy Kennedy, Judge Phyllis Keaty and Steve Lanza. Laborde and Neuner was recognized for taking the most pro bono cases in 2005. Huval, Veazey, Felder & Aertker was honored for accepting the most pro bono cases of any small firm in the past year. Twelve individual attorneys ' Will Montz anf Greg Koury of Laborde & Neuner; Chris Bailey of Gordon, Arata, McCollam & Duplantis; Elizabeth Dugal; Shawn Benoit of The Glenn Armentor Law Corp.; Bianca Chretien and Steven Ramos of Davidson, Meaux, Sonnier & McElligott; Charlie Hutchens; Sarah Giddens; Richard Mere of Richard Mere LTD; Judy Kennedy of Judith Kennedy LLC; and Mike Wooderson ' were honored for their efforts as well.

A record turnout packed the Hilton for the annual Greater Lafayette Chamber of Commerce gala, which celebrates the changing of leadership each year. Far from the traditional banquets of old, this year's event had a western theme with "Marshall" Bruce Conque serving as emcee. Incoming chair Donna Landry presided over a very brief program before Robbie Bush struck up the band for a night filled with dancing. Party Girl noted more tuxes and formals than usual at the black-tie-optional affair, and good times were had by all, including Karmen Blanco, Sharon Kleinpeter, Mike and Jan Skinner, Glen and Sondra Decout and Charles Beazley.