For his great defensive effort and game-winning rebound Sunday, the forward's "reward" might just be guarding the National Player of the Year Friday. He's up to the task. 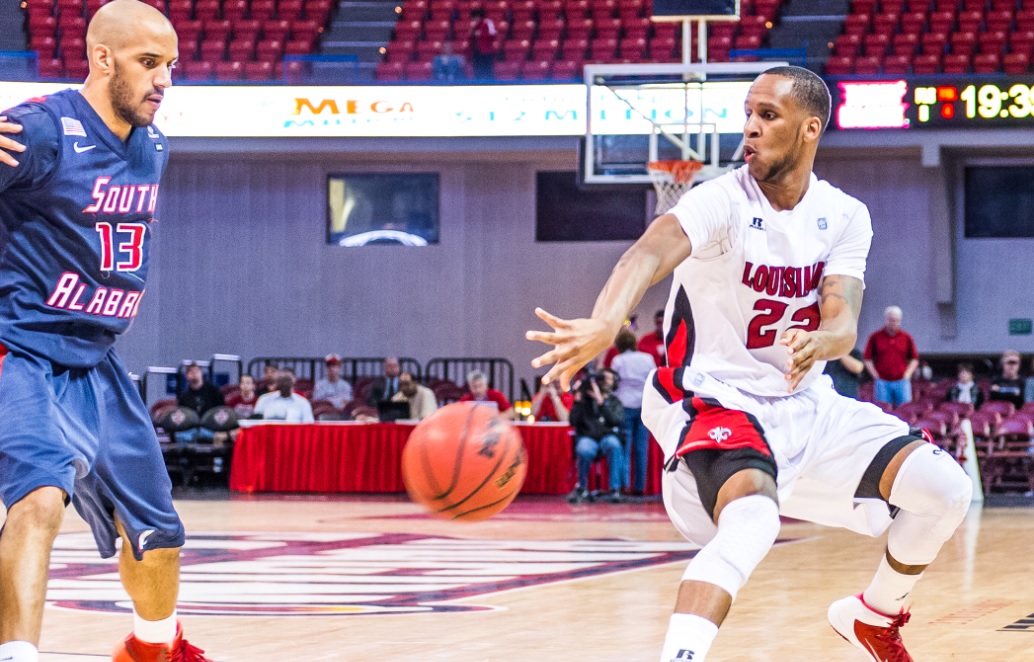 Senior forward Elridge Moore will likely have the challenge of shutting down
Creighton's Doug McDermott.

After an exciting regular season, a scintillating three-game run through the Sun Belt Tournament culminating in a memorable final, and a ticket to the NCAA dance, it is only fitting that each Ragin' Cajun starter receive some individual recognition.

For team leaders Elfrid Payton and Shawn Long it was first team All-Sun Belt honors. Payton also received Sun Belt Defensive Player of the Year. For Xavian Rimmer who followed a career-high 24 points in the quarterfinals with 27 in the final, including seven three-pointers, it was a berth on the All-Tournament team. And for Bryant Mbamalu, who averaged 18 points in New Orleans, it was the tournament's Most Outstanding Player award. But it takes five to play basketball.

What about Eldrige Moore? Surely he deserves something besides the captaincy he shares with Payton and Mbamalu.

Statistically, Moore fails to impress. For the year he averaged 4.1 points and 3.8 rebounds. But as the old baller Mark Twain said, "There are lies, damned lies, and statistics." Despite his meager numbers Moore started 29 games after starting 32 last year. Over the five games Moore missed in December and early January the Cajuns went 3-2, losing to Jackson State and ULM. Maybe playing power forward at 6-foot-5-inches is not about statistics.

In the Cajuns' first game in New Orleans foul trouble limited Moore to 17 minutes. It's probably no coincidence three Mavericks scored over 20 points and UL barely out-rebounded UTA despite Long's 17 boards. Against Western Kentucky in the semis Moore played 36 minutes scored 8 and grabbed 7 rebounds (4 offensive). In the final minute with the Cajuns up 73-72 Moore blocked a shot by the Hilltoppers leading scorer George Fant. Against Georgia State Moore clocked in at 35 minutes had two points and gathered 6 rebounds. But his interior play helped the Cajuns win the Boards 46-30 and limited the Panthers to only 4 offensive rebounds. He also deflected a breakout pass after a late GSU steal that could have ended the game early, and badly. And on the last possession of the game with UL up by one Moore blocked Ryan Harrow's path to the basket and grabbed the final rebound. It was a fitting finale in front of his hometown crowd.

So what kind of honor does Elridge Moore deserve? How about the National Player of the Year to guard in UL's NCAA opener. 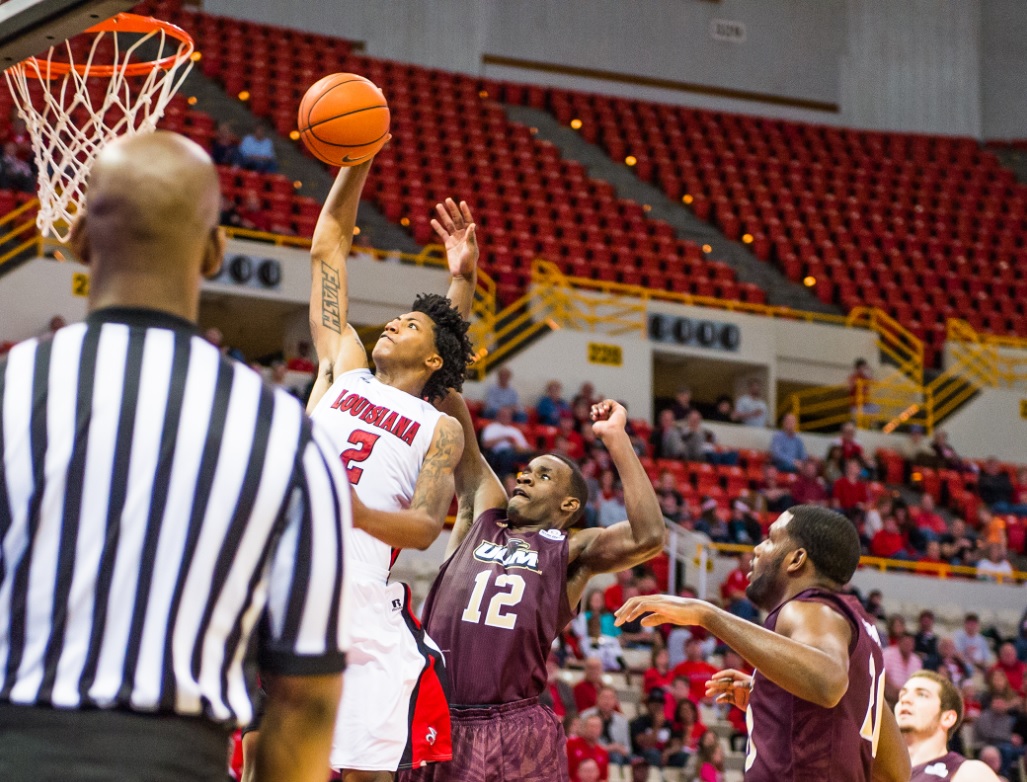 Junior guard Elfrid Payton could also be called upon to guard McDermott, the nation's leader scorer who has 5 inches on him.

That would be Doug McDermott, the 6-foot-8-inch forward for Creighton, the nation's leading scorer at 26.5 ppg. McDermott is currently fifth all-time in NCAA points scored. In Saturday's Big East final he broke Danny Manning's record by scoring in double figures in 133 games. McDermott hit for 30 or more in 13 games this season and for at least 20 in 29 of Creighton's 33 games. Since McDermott's teammates have scored over 20 points a game only nine times in their combined careers Creighton appears to be the classic one-man team. If so they are used to it. Creighton starts four seniors and a junior. The other big man, 6-foot-7-inch Ethan Wragge is easy to find. He's the bearded guy in the corner coaches have warned about. Wragge rarely dribbles and never passes, he only shoots. Why not? This year he hit 47.8 percent from beyond the arc. That figure places Wragge second in three point accuracy among Bluejay starters. The leader is 6-foot-5-inches sixth year senior Grant Gibbs at 48.6 percent. Creighton leads the nation in three-point accuracy at 42.1 percent. They are second in assists at 17.7/game and third in field goal percentage at 49.9 percent. They also make 75.2 percent of their free throws.

Friday's game in San Antonio would be tough enough without the expected influx of Midwest fans. Since the Bluejays often draw over 18,000 for home games a big turnout is expected. Add Iowa State from McDermott's home town of Ames and Nebraska fans hoping for a third round match against Creighton and the Cajuns will be facing a hostile environment. But there lies the first glimmer of hope for UL. At the post-selection news conference it seemed more questions were asked about meeting Nebraska on Sunday than the UL. Fans of both schools were implored to get along despite McDermott's admission that "there is hatred there." Maybe the Bluejays could be looking ahead.

Creighton is coming off a loss in the Big East final to the only team that beat it twice this year, Providence. You can bet Coach Bob Marlin is pouring over film of this season's three Creighton-Providence games. Unfortunately, it will take some Oscar-worthy special effects for UL to replicate the Friars size up front: 6'9," 6'9," and 6'6." One thing should please Marlin. Providence's leader 6-foot-1-inch point guard Bryce Cotton was the MOP of the tournament and bears considerable resemblance to Elfrid Payton. Both play every minute of every game. Providence won Saturday because Creighton's off night shooting treys. McDermott was 5 for 12 and his teammates went only 3 of 18.

The Cajuns can score, have one of the best rebounders in the country in Shawn Long, and match up well with Creighton's guards. If McDermott has to carry his team once again, look for the Cajun's man defense to try to slow him down. For much of the game that challenging assignment will be given to Elridge Moore.

Congratulations are in order. He earned it.