The Lafayette attorney who will seek the seat of term-limited state Rep. Joel Robideaux in 2015 has evidently been working his connections in the under-40 set.

Jean-Paul Coussan, the Lafayette attorney who is one of a few candidates to have already announced he will seek the seat of term-limited state Rep. Joel Robideaux in 2015, has evidently been working his connections in the under-40 set of Lafayette professionals - if a Thursday fundraiser is any indication.

The list of sponsors and hosts for the event at the Petroleum Club reads like a who's-who of the Hub City's young professional class, and at $1,000 per sponsor and $500 per host (see invitation below), the fundraiser will have already raised $56,000 for Coussan before the first toast is intoned. The cost of attending for non-sponsors and -hosts is $100 per couple.

"I think it's a reflection of two things. At first glance, it's an obvious nod to the trust Jean- Paul has built in this community," says event organizer Jonathan Davis in a press release touting the support. "Second, and perhaps more interesting, I think young professionals are eager to have their voices heard in the next state representative elections."

Coussan is an STM and LSU alumnus who was recently named one of The Daily Advertisers Top 20 Under 40. The married father of two is also a Greater Lafayette Chamber of Commerce board member and has served five years on the Cajundome Commission. He announced his candidacy for the seat last October.

"I'm just grateful. It's amazing to see so many of my friends and colleagues come out this early with such strong support," Coussan, a Republican, says in the same release. "I like to think we'll hear more positive young voices in all of our elections." 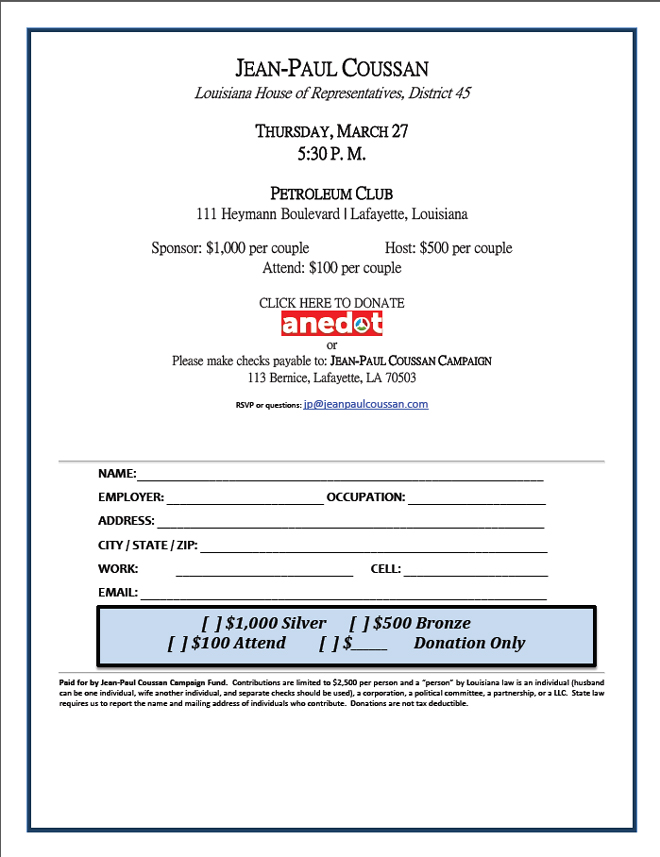 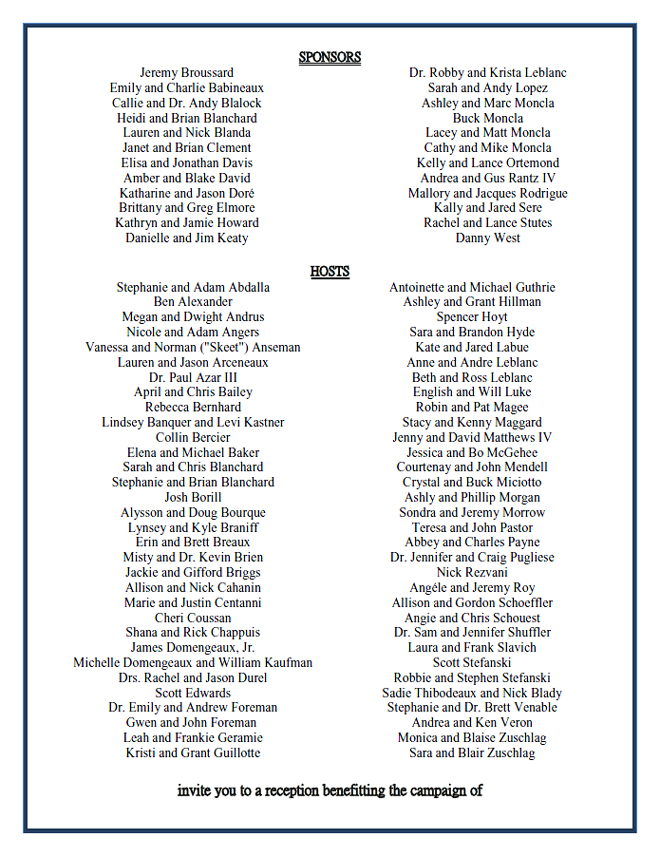