Demolition is part of long-term project to redevelop block of vacant buildings. 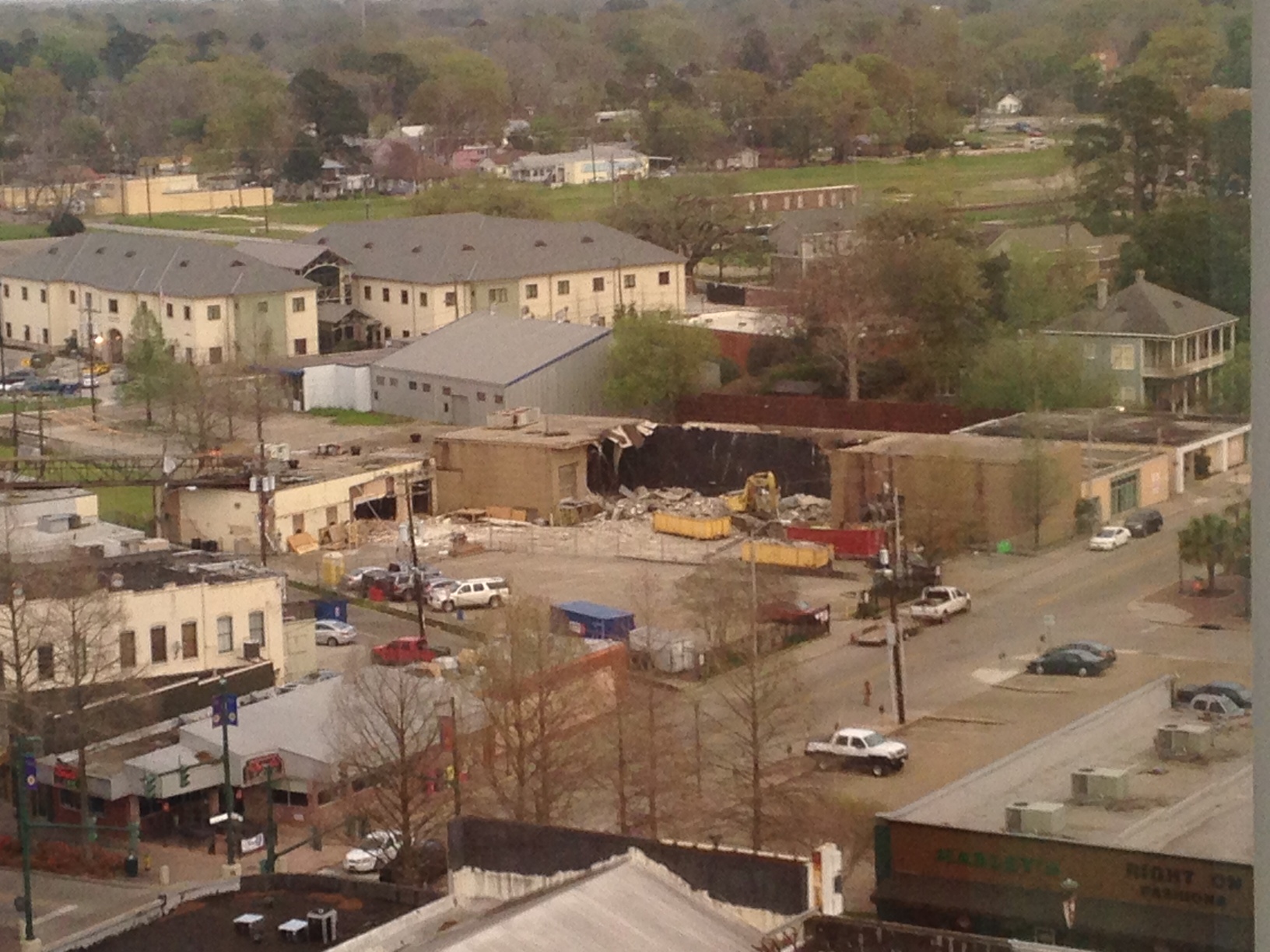 Demolition of the old Advertiser printing press on Garfield Street commenced Monday to make way for a long-term redevelopment that includes four vacant buildings in the downtown block.

Demolition work got under way Monday on the Daily Advertiser's old warehouse and printing press facility in the 200 block of Garfield Street to pave the way for the addition of green space, more parking and, potentially, a restaurant offering outdoor dining, Beau Box's Mark Van Eaton tells ABiz.

"It was an eyesore before. Now it's going to be functional, usable space," Van Eaton says. "If we could get an oyster house or a boil house I think it would be ideal. You are directly across from Parc International, which I think is a big draw, especially with the festival coming up now. We just put the two buildings next door to [the printing press] on the market and also the one behind it, which is on Cypress. We've got a couple of good prospects." 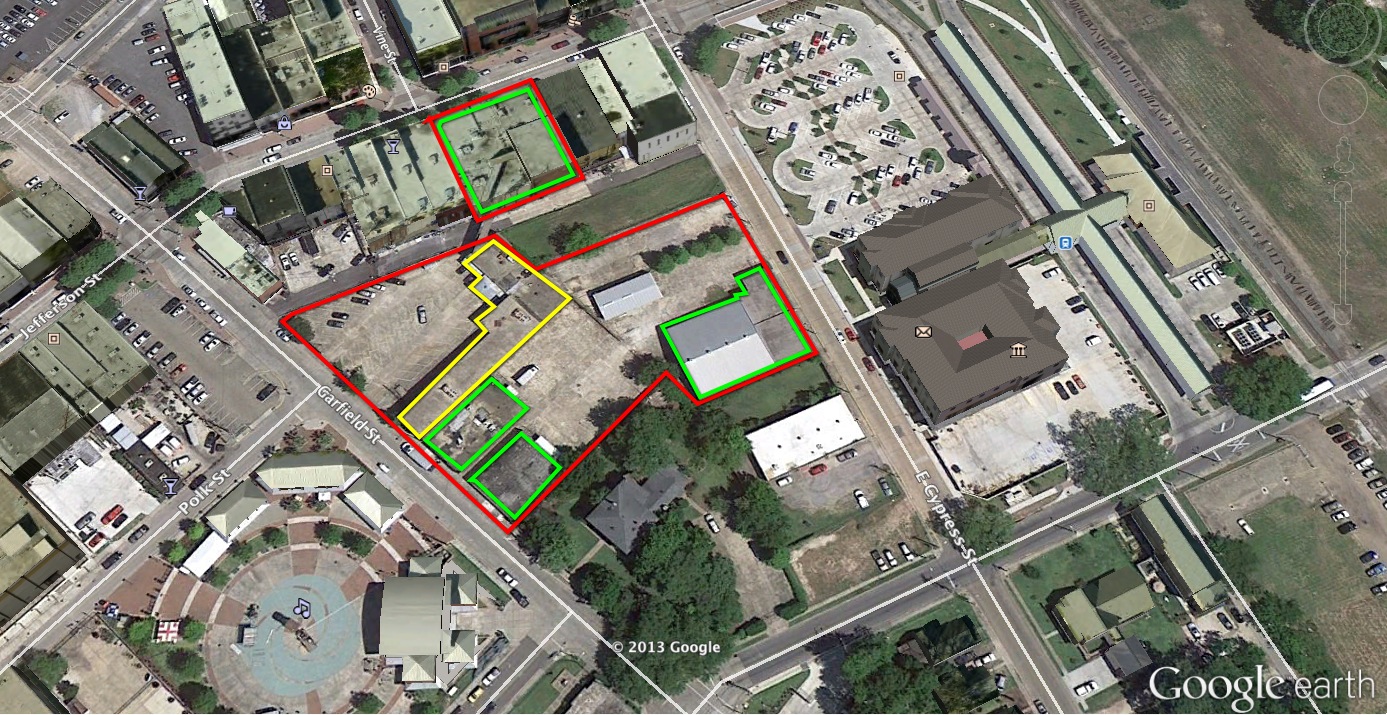 The red outlines show property owned by the Noels, with yellow indicating what is being demolished.
The green outlines are of existing buildings that remain and are being renovated.

The old printing press demo represents the first phase of what Van Eaton says will be a long-term redevelopment project. That facility is part of the block's group of buildings owned by JD Properties, whose officers are Joseph W. Noel and Danita Noel, according to records in the Louisiana Secretary of State's office, along with Philip Noel. The Noels purchased four former Daily Advertiser buildings totaling 38,700 square feet and two parking lots from Gannett in 2007 for $1.6 million, real estate records show.

That same year they bought the nearby building at 124 Cypress St. from Cypress Street Properties for $450,000, according to tax assessor records. The following year the mortgage market collapsed and the Noels put their plans on hold.

"We've spoken to the Downtown Development Authority and also LEDA, and the ultimate plan would be to have another parking tower right there in the center of it, which the owners are amenable to, and then develop around it. We're probably talking a seven- to 10-year time frame, but in the interim we would like to get some good quality tenants in those buildings," Van Eaton says.

He says the owners are also in the process of gutting the old Advertiser building, which has in excess of 13,000 square feet of space, in hopes of attracting  tenants. "There is also a second-story there that could add to the square footage," he says.

As for whether a much-desired residential component will be part of the mix any time soon, Van Eaton says he is doubtful. But he does believe a true mixed-use development that would include living space is in the cards for the property down the road.