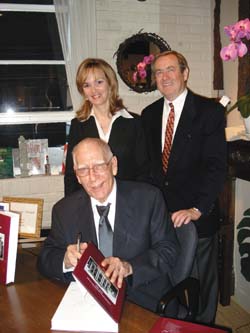 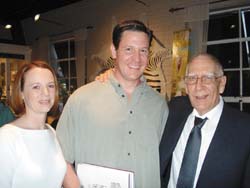 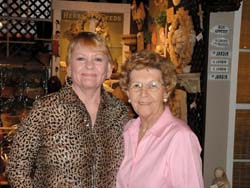 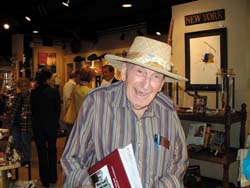 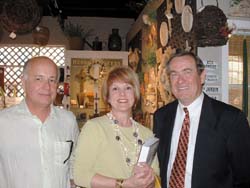 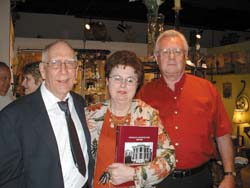 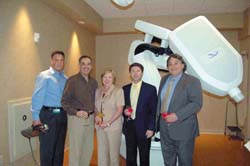 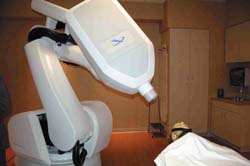 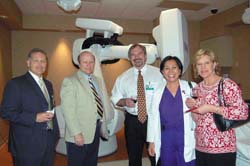 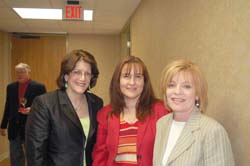 Fred Daspit may have retired from UL in 1993, but his passion for art and design hasn't waned one bit. A former instructor of art education, art history and the history of interior design and furniture, Daspit launched a successful art career several years ago and has just published the third ' and final ' book in his series on the state's architecture, Louisiana Architecture 1840-1860 (so he's keeping UL's Center for Louisiana Studies quite busy, too). To think it was just a couple of years ago that I picked up the second book makes my head spin, but this Party Girl was first in line for the packed book signing at Natalee in the Oil Center on April 19. Daspit dedicated the book to his four adorable grandchildren, Brittany, Colin, Philip and Madeleine. As always, Drs. Charles and Adrien Stewart came by to support their longtime friend, as did Terry Girouard, Charles Mayard, Louis Perret and his daughter, Annie, and Fred's brother, Raymond. (Fred probably taught just about everyone in the room at one time.) Since this is the last in his series, I can't wait to see what Fred will do next ' just as soon as he gets through yet another exhibit of his ingenious reliquary sculptures and remarkable paintings, which will be on display at Gallery 549 beginning with the Saturday, May 12, ArtWalk. Take if from Party Girl, this is one opening you won't want to miss!

A recent opening of a different kind was inspiring in a whole different way. At CyberKnife Center located at Lafayette General Medical Center, Party Girl found out there is a new "ray" to fight cancer. The CyberKnife Robotic Radiosurgery System is the only one of its kind, and Party Girl was able to see this machine during a small gathering with doctors and several other curious people. This new approach to fighting cancer treats tumors anywhere in the body without incision and anesthesia. It looks like something out of a sci-fi movie, and doctors say this is a patient-friendly machine. The technology behind the CyberKnife sounds like something from the future: an image-guided, computer-controlled robot can move in almost any direction to target intense beams of radiation at tumors previously considered inoperable. What's more, The CyberKnife Robotic Radiosurgery System is the only one located between New Orleans and Dallas. Sounds to me that many people will benefit from this breakthrough technology, and that's music to my ears!