{igallery id=2670|cid=|pid=5|type=category|children=0|addlinks=0|tags=|limit=0}Cajuns, which hold the nation's longest win streak, continue their nine-game homestand Wednesday as they face another in-state foe in Southern University at 6 p.m. 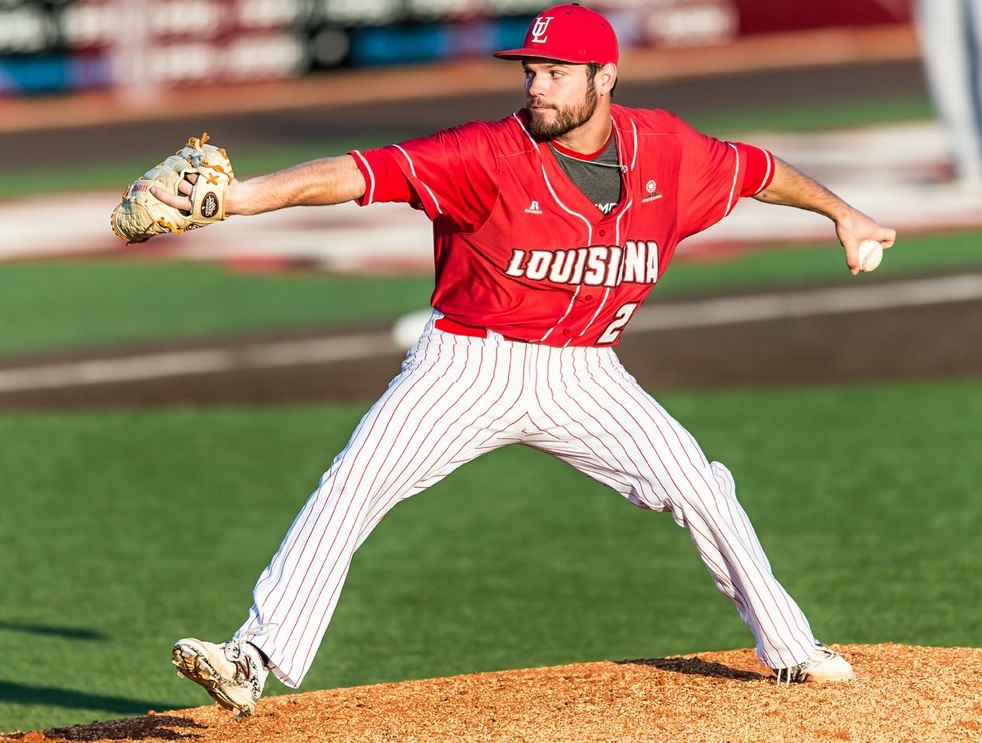 Senior Ryan Wilson upped his record to 3-0 holding NSU to just one run after scattering eight hits in 5.2 innings with six strikeouts and two walks.

The Cajuns (23-2, 6-0 Sun Belt) hold the nation's longest active win streak and move to 9-0 against in-state opponents. The team is also 13-2 at the Tigue this season.

Louisiana outhit the Demons (12-11) 10-8 on the evening with Ryan Leonards posting a perfect night at the plate going 4-for-4 with a home run, two RBI, scored twice and walked twice. The four-hit game ties Leonards career-high in hits for the fourth time. Senior Caleb increased his streak of reaching base safely to 19 games with his double in the fourth inning.

"When you give this team an opening or a crack they are going to pounce through," head coach Tony Robichaux said. "Tonight was another example of us pitching a playing defense. Every night you can do that, you give yourself a chance to win."

Senior Ryan Wilson upped his record to 3-0 holding NSU to just one run after scattering eight hits in 5.2 innings with six strikeouts and two walks.

Matt Plitt came on the sixth and was perfect in relief retiring all 10 batters he face to pick up his second save of the year. Only two of the 10 outs left the infield in the outing.

Reliever Devin Bear was tabbed with the loss for Northwestern State as he gave up three runs on two hits and three walks in just 0.2 innings.

The Demons jumped out to a 1-0 lead in the top of the first on a RBI double to left by Cort Brinson scoring Joel Atkinson from first base with two outs.

In the bottom of the first, the Cajuns evened the contest on a sac fly to left by centerfielder Seth Harrison plating Blake Trahan from third. Trahan walked to lead off the inning and then moved to third a Leonards single.

The Demons loaded the bases with one out in the top of the third, but Wilson settled in and got a pop up and strikeout to end the threat.

Louisiana jumped out to a 4-1 lead in the bottom of the third on two hits and three walks. With the bases loaded and two outs, Tyler Girouard drew a walk to score Leonards from third. In the next at bat, Jace Conrad sent a two-run single up the middle to increase his team-leading RBI total to 28 on the year. The hit also increased Conrad's hit streak to a team-best nine games and moved his streak of reaching base to 15 games.

NSU threatened again in the top of the fourth loading the bases with one out, but again Wilson was up to the challenge inducing a foul out and ground out to end the inning.

Leonards increased the advantage to 6-1 in the bottom of the fourth driving a 1-1 pitch over the fence in left for a two-run home run. Later in the inning, Harrison came around to score on a Northwestern State error.

Harrison notched his second RBI of the night in the bottom of the seventh lifting a sac fly to centerfield to score Butler to make the score 8-1.

The Ragin' Cajuns added two runs in the eighth on a pinch-hit RBI single to left by Nick Thurman and a RBI groundout by Kyle Clement.

The Cajuns continue their nine-game homestand tomorrow as they face another in-state foe in Southern University. First pitch is set for 6 p.m. Following the contest with the Jaguars, Louisiana will host WKU in a three-game conference series starting Friday at 6 p.m.