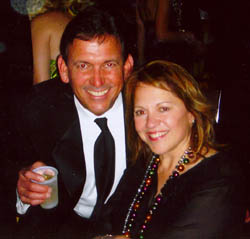 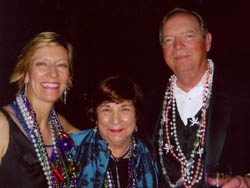 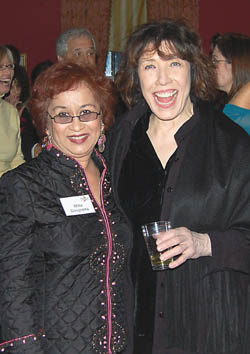 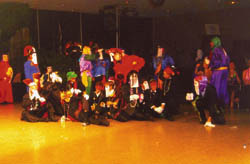 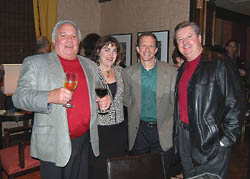 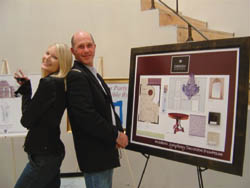 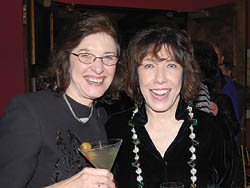 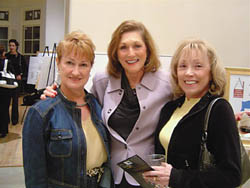 I hope y'all are ready, cause Fat Tuesday is approaching fast! The fun starts Feb. 24 with the Friday Night Parade, so get your mask and beads ready. The Krewe of Brigands de Lafitte gathered up all its props for the annual ball Jan. 28 at the Heymann Center. Brigands combined some pretty unique traditions with a local festival theme, and Party Girl's favorite costume was the picnic table, representing all of Acadiana's great festival food. The "Bat Boys," dates of the maids or sons of krewe members, were exceptionally lively this year as they "oohed" and "ahhed" at the maids, and the annual passing of the baby was a hit. Member Ben Mann can best explain the baby, as its passing was started by his late father Louis. "The baby arrived in the pirate's chest at one time," he says, "and during the pageant, the pirate officers pass it around to different ladies. It just became a tradition that the baby gets passed around. Nobody quite understands the mystique about it." Party Girl can tell you that you don't have to understand the mystique of Mardi Gras to pass a good time!

Actress and comedienne Lily Tomlin also passed a good time in Lafayette recently, in town for her show presented by the Performing Arts Society of Acadiana. Lily wowed the crowd at the Heymann, then headed over to The Townhouse for an after-party. Despite the rainy weather, she was all smiles and didn't mind posing for the camera with guests like Elemore Morgan Jr., Dr. Jay Culotta, Jim and Ruth Moncus, Rick and Connie Voth and Lalith and Judy Wijayasuriya. "She was very down to earth, and all in attendance agreed that the evening was a great success," says PASA's Natalie LeBlanc. "This party was one in many that PASA will put on, either before or after each spring performance."

The Acadiana Symphony Orchestra partied recently too, in celebration of its Decorator ShowHouse in Youngsville. Dubbed "Bare Bones," the party gave guests the opportunity to see the house in progress and designer Michael Murphy's foundation. Wine and cheese were served, and The Bob Lucky Trio provided jazz. Local decorators, each assigned to a room of the house, were on hand with their sample boards and visited with guests like Danny Jones and Leslie Briscoe, who are building a home in Le Triomphe and needed some ideas. The home will be open for tours in May, so stay tuned!