We've hardly been a rubber stamp for everything on the oil and gas industry's agenda. Today, however, we offer our unambiguous support of the Keystone XL Pipeline.

IND readers are aware we've hardly been a rubber stamp for everything on the oil and gas industry's agenda. Today, however, we offer our unambiguous support of a project important to meeting American energy needs, the Keystone XL Pipeline.

To be sure, wise long-term analysis of Louisiana energy projects' environmental impact has not been a hallmark of our state's elected and appointed representatives in Baton Rouge. Witness our local legislative delegation standing at rigid attention, ready to be first to put the knife in a lawsuit aimed at holding guilty a group of oil and gas actors responsible for their undeniable role in destruction of our coastal wetlands. Alas, it is a pathetic, discouraging sight. 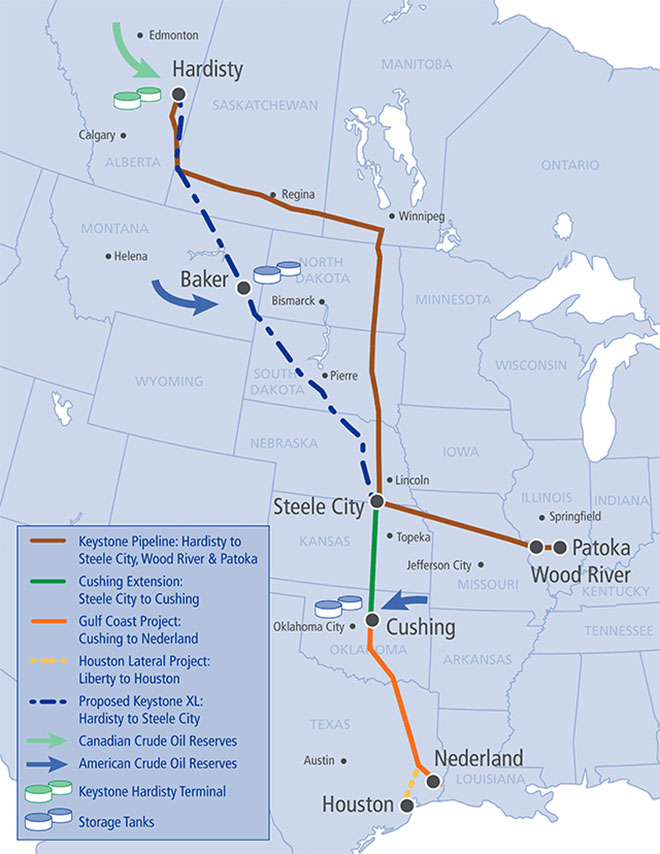 The Keystone XL Pipeline is a proposed 1,179 mile, 36-inch-diameter crude oil pipeline that goes through a number of states and provinces on its route south, including Alberta and Saskatchewan in Canada, and Montana, South Dakota and Nebraska in the U.S. Along with transporting crude oil from Canada, the Keystone XL Pipeline will transport oil from producers in Texas, Oklahoma, Montana and North Dakota.

Building awareness of the need for smart policy about our land and waters and how drilling impacts them isn't an easy sell in a state whose residents continue to derive so much personal financial benefit from the oil and gas industry. But we must build that awareness if there's to be a South Louisiana left to live in. And we have the outnumbered, though increasingly influential activism of the state's environmentally aware to thank for it. As difficult as our coastal plight is, where would we be were it not for the John Barrys of our world?

But not all environmental initiatives are created equal, or as worthy of support as the righteousness of the little New Orleans-area levee board going up against the Goliath of oil and gas. Opposition to the Keystone is such an example. In the matter of Keystone, the environmental lobby is just plain wrong, as it is a safe and needed addition to America's network of pipelines that gets oil to market. And there is precious little evidence to the contrary.

Until alternative fuel sources become competitive in availability and cost with our existing carbon-based mainstream supply, we have little choice but to rely on fossil fuels. This pesky fact just can't be denied. Surely, we hope that time will come sooner rather than later, and we heartily support government funding of innovation to speed arrival of that day. But even the most knowledgeable and enthusiastic of environmentalists know that day is not right around the corner.

In the meantime, regardless of the worldwide climate crisis in which we're fully engaged, it's in our collective interest to facilitate America's relentless need for the oil that runs our cars, heats and cools our homes and powers our factories. The Keystone will facilitate this by getting oil extracted from the buried sands of our friendly Canadian neighbor, down to our U.S. refineries to be converted to gasoline and related products.

Recent, objective studies show Keystone to be the safest, most environmentally secure and least expensive means to get the product to market. And now that the U.S. State Department has announced it found no major basis to oppose the project after an intensive and long-awaited review, it's time for President Obama to provide his needed seal of approval.

More, we urge Sen. Mary Landrieu, the recently installed chair of the highly influential Senate Energy and Natural Resources Committee, to use her newfound influence in Congress and the White House to push Keystone over the top.

It's in all of our collective interest to do so.