For a decade IND Media has recognized exemplary projects in Acadiana through our INDesign Awards and this year is no exception.

For a decade IND Media has recognized exemplary projects in Acadiana through our INDesign Awards and this year is no exception. With a nod to modern aesthetic, forward-thinking design and function that serves beyond the average home, this year's winners are evidence of the ever-growing hub of designers and architects who are literally building a better city. Each will be honored at the annual INDesign Awards Luncheon and Lecture that kicks off INNOV8 on April 24 at the Hilton Lafayette. This year a lifetime achievement award will be presented to the family of trailblazing Lafayette architect Dave Perkins, who died earlier this year. The INDesign INNOV8tion Award will be presented to Lafayette Consolidated Government for the Lafayette Comprehensive Plan.

The INDesign Awards are presented each spring to honor outstanding projects in commercial and residential architecture and interior design, historic preservation and urban development. In addition to the luncheon event, winning residential projects are profiled in this issue of The IND and commercial projects will be featured in the next issue of ABiz.

Keynote speaker for this year's event is the French architect/historian Stephane Kirkland, author of Paris Reborn, a highly acclaimed and engrossing account of the transformation of Paris from a dirty, congested and dangerous city into one of Europe's most beloved landmarks during the tenure of Napoleon III. Presenting sponsor for the luncheon is IberiaBank. 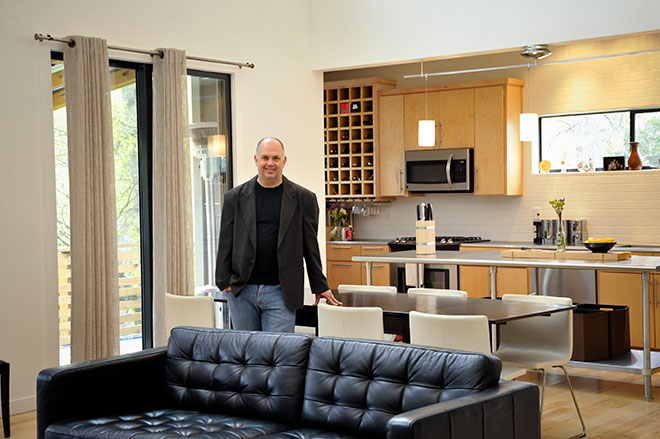 Greg Walls in the downtown family home he designed himself

Greg Walls loves the urban life. It's evident in the home he designed for his family downtown and clear when he speaks about design and the growth of residential life in Lafayette's Downtown.

"People can't visualize, so we decided to build our own personal house and let it really serve as an example of what I want to do," Walls says.

The project was designed by Walls himself for mixed use. It totals 3,200 square feet with 1,900 of that serving as the family home on the second floor and a 1,200-square-foot office on the bottom floor for Walls, who has a degree in architecture and is a licensed home builder. He said there was a priority that the residence and business have a clear separation.

The home is near the historic St. John Cathedral Downtown with a large balcony with a view of that building and a vibe that is modern yet still works in the area.

"We wanted to create a contemporary house and still use materials that are regional, so it's still kind of familiar to people, and use them in a different way so it's more contemporary," Walls says.

The home design is focused on common areas with smaller bedrooms.

"We try to focus on putting square footage in where we live," Walls says. "We create spaces where you really hang out."

For the Walls that looks like an art studio for the kids and Greg as well as a game room where the family spends much of their time. They also employed green measures from the insulation and an A/C unit that's more efficient to a tankless water heater.

The family has been living above another one of Walls' designs - his wife's restaurant Johnson Boucaniere - for three years as the home came together. And now they are happily settled just where they want to be, and it was worth the wait.

"Once there's more residential, Downtown will prosper even more than it has. And I hope to be one of the people doing it," Walls says. "It's nice to have a vision and watch that come to life." 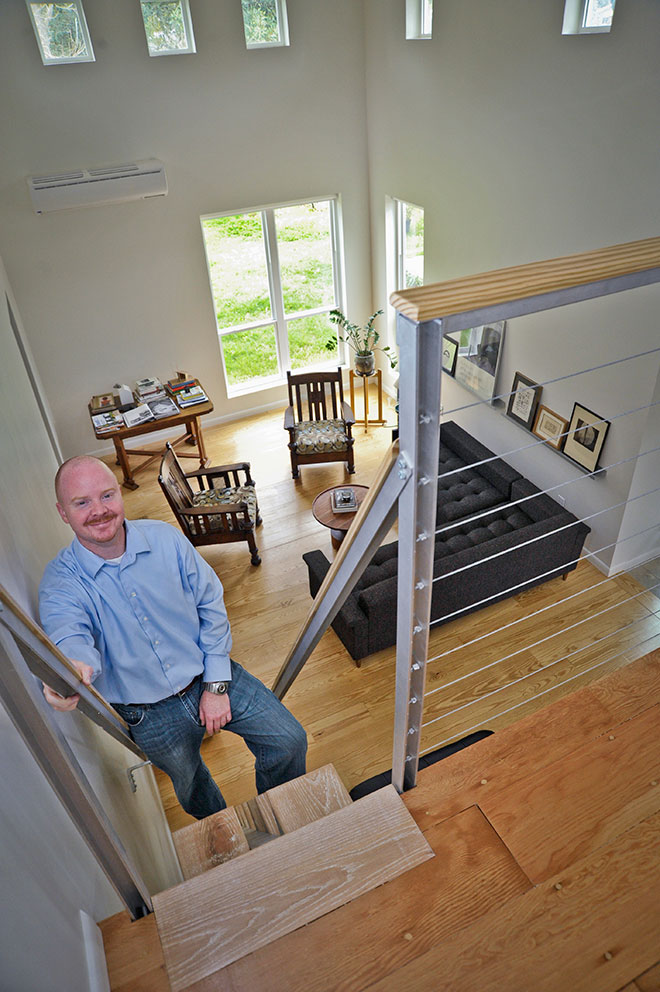 David Beverly in the home he designed for Mary Crouchet

When David Beverly went to work on Mary Crouchet's home they started in a place most people don't - function.

"What Mary was looking for was first and foremost a very energy efficient home that used minimum electricity and heating and cooling," Beverly says.

The architect worked in a three-dimensional model to let Mary see the exact form that this function would take.

"You can really fly through it and see the spatial relationships," Beverly says. "It took us about five months from start to finish. Her house is 100 percent custom."

The look of the home is simple and elegant without much color or ornate trim. Mary wanted a modern and "almost minimalistic type of space," Beverly says.

The home is 1,200 square feet and is a beacon of Mary's first priority - energy efficiency. It is in the middle of a subdivision with otherwise not-so-modern homes. But Beverly says the design still fits into the aesthetic of the area.

"It's appropriate for the neighborhood and met her needs. The form definitely did follow the function of this house," Beverly says.

Despite being in the middle of a neighborhood the home still offers great light with privacy.

"The way the bedroom wing is arranged she has the best views while maintaining privacy," Beverly says. "We didn't take a preconceived notion of what a house should look like. The form and shape of this house follows the function of it."

It's a new movement that is not exclusive to this project - creating based on need rather than appearance.

"You have the whole energy efficient and green movement right now, and that plays a big factor in this house and people looking for a different look," Beverly says. "I'm not applying a style over a function ... we're saying this is the needs of the homeowner and logically these are the shapes and forms it's going to take." 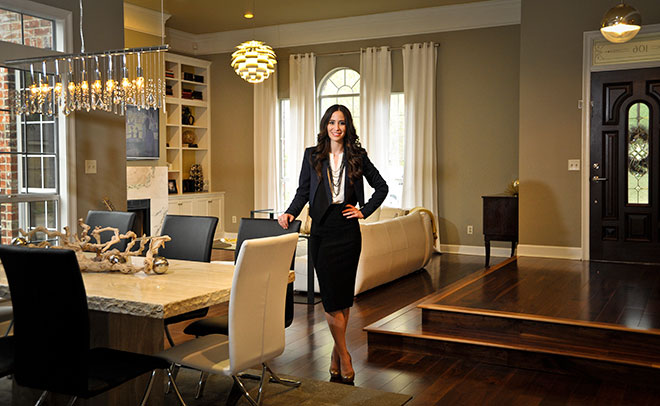 Sarah Moss created a modern interior for the Hebert family.

When it came time for the Heberts to find a new home for their growing family they found a Parade of Homes house from the 1980s with a floor plan that suited them, but an aesthetic far from their personal tastes. Enter Sarah Moss of Moss Interiors. The woman who has made a name for herself bringing sleek and modern interiors to Acadiana for just a few years found a couple looking for contemporary décor in what would be their "forever home." The results are a clean interior with unexpected art pieces and a few nods to the home's traditional roots.

"They are a young couple and they are progressive and cool," Moss says. "They have three small kids and were outgrowing their house. They knew a couple who were wanting to downsize and they actually swapped houses. This house has a great floor plan but dated with the colors, finishes."

The split floor plan has big open spaces that are perfect for the Heberts so there were no walls knocked down or major renovation. Moss says big changes throughout came by way of installing walnut floors and filling the space with a monochromatic color palette - black, grey, white - with a pop of yellow pulled from a beautiful faux finish ceiling in the house they chose to keep.

"The kitchen was the biggest change," Moss says.

They refinished the oak cabinets, moved appliances and installed granite along with a new tempered glass bar. The master suite got the modern touch and a unique custom art installation. Moss and artist Christopher LaBauve (who also created a 7-foot by 7-foot modern piece of art for the dining area) cut butterflies from recycled aluminum cans and then suspended them on wire.

"As the sun and the light changes - especially at night - the shadows change and the butterflies stand out like they are growing. It's really, really cool," Moss says.

Moss was also commissioned to do an abstract piece for the living room, and she created an installation in the hallway to document the family's far flung travels - a piece she says can grow with the Heberts.

"It's a dynamic art installation - simple frames they can continue to change and add as time goes on and as they travel and they can track their adventures," Moss says. 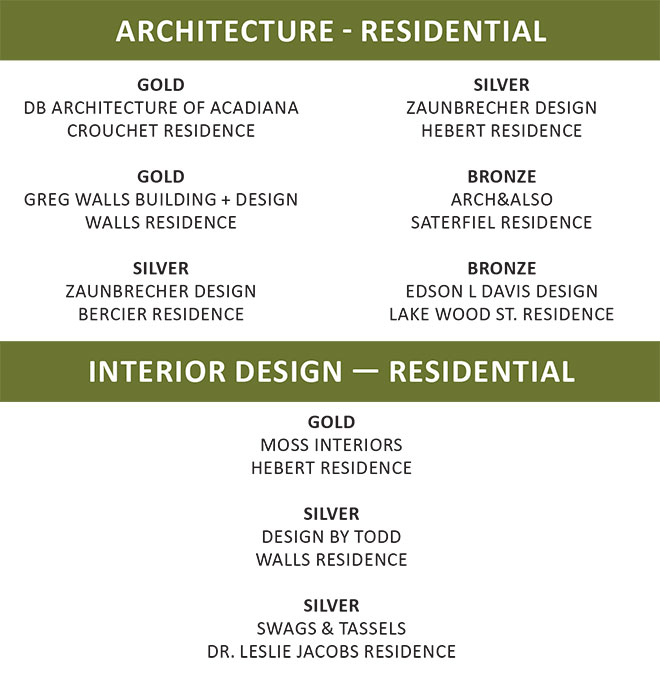 About the judges: Architecture 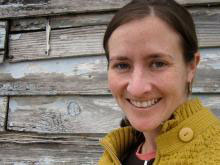 This year IND Media is pleased to welcome to the judges roster Lafayette native Emilie Taylor. Taylor works at the Tulane School of Architecture as a lecturer and is senior program coordinator at the Tulane City Center. Taylor's education includes a technical building background at the University of Southern Mississippi followed by a master's degree in Architecture at Tulane, and work with BILD design in New Orleans. Through the Tulane City Center, she works on projects and community partnerships that provide opportunities for faculty and students to engage in real issues in the community through design. She is actively involved in university design/build and advocates for the engagement of such programs with the local community. Before the storm and the rebuilding efforts that followed, Taylor conducted a traveling fellowship across the South to meet, document and study divinely inspired, self-taught builders. With the work of filmmaker Zack Godshall, also a Lafayette native, that research was expanded into God's Architects, a feature-length documentary released in 2009. 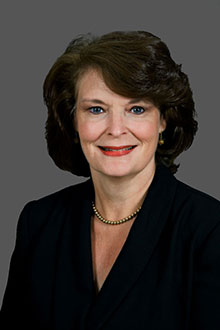 Beth Miller returns for the 10th year to judge the INDesign Awards. A licensed interior designer, Miller began teaching at Mississippi State University two decades ago, became the director in 2000 and accepted the position of interim associate dean in August 2013. She has served as a site visitor for the Council for Interior Design Accreditation for more than 10 years, serving as a team chair and as a task committee member reviewing standards for accreditation. Her involvement with CIDA led to her being asked by Indiana State University to serve as a consultant to assist its program in achieving accreditation. She has received numerous college and national awards for teaching, had her design work published in magazines and has won awards for her work regionally. She was recently appointed by the Mississippi governor to serve on the first Interior Design Advisory Council, which is under the Mississippi State Board of Architecture, and was selected to be an Educator Medalist by the American Society of Interior Designers. Miller still maintains her private practice, working in health care and residential areas with a focus on kitchen and bath design. She has also worked on numerous historic properties in the Southeast.