Choreographer David Dorfman brings a celebration of funk (and dance) to the AcA. 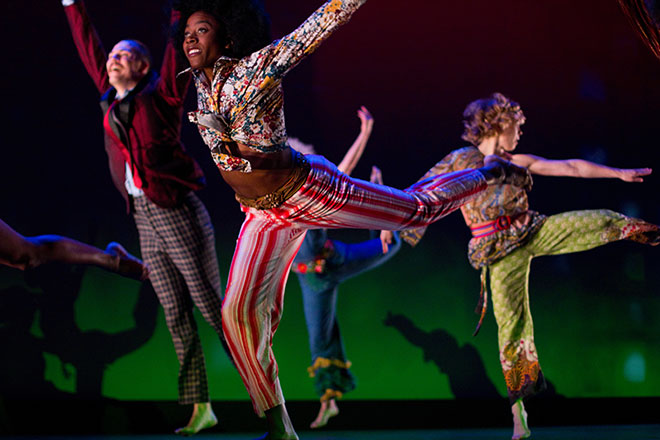 The Prophets are coming to the Acadiana Center for the Arts - Prophets of Funk that is, a dance performance inspired by and set to the music of Sly & The Family Stone. The creation of David Dorfman, one of the country's leading modern dance masters, Prophets of Funk will fill the Moncus Theater at the AcA with sound and movement April 4-5.

With Prophets of Funk, Dorfman explores the grooviness of the 1970s: the joy and funk, platform shoes and Afro hairstyles, disco and all night dancing, peppered with the turmoil and confusion of racial tension, inequality and social unrest.

For Dorfman, kinetic movement is a form of personal and political expression. In Prophets of Funk he resurrects the social scene of his youth. Through shards of narrative expressed by 1970s characters set to the funk sounds of Sly & The Family Stone, Prophets takes you on a journey of high energy, turmoil and ultimately hope.

Prophets of Funk is the third part of a trilogy by David Dorfman Dance. The first, Underground, was based on the 1970s political group the Weather Underground. The second, Disavowal, was about an abolitionist of the 1860s. Prophets of Funk completes the trinity with an exploration of a decade that was pivotal in the life of Dorfman. For the choreographer, the inspiration of the past is a way of both protesting the present and expressing hope for the future. Dance is the medium of that expression.

Dorfman grew up in suburban Chicago, and his parents often took him to the city to see experimental theater. A talented athlete, he made the connection between movement and expression early on. He and his teammates worked out to the music of Sly & The Family Stone on 8-track tapes. Dorfman was inspired by their positive message of acceptance and tolerance. The band was one of the first race- and gender-integrated funk bands - its sound like no rock and roll band before. Its music preached love and progression in a time when blatant discrimination existed in every day life.

Dorfman actually saw the band live when he was 17 at his college orientation. A business administration student, Dorfman adopted the disco scene as his lifestyle, dancing at night and sporting platform shoes and his version of an Afro. It wasn't until his junior year in college that he finally took a dance class and discovered what would become a passion and the medium of his life's work of personal and social expression. 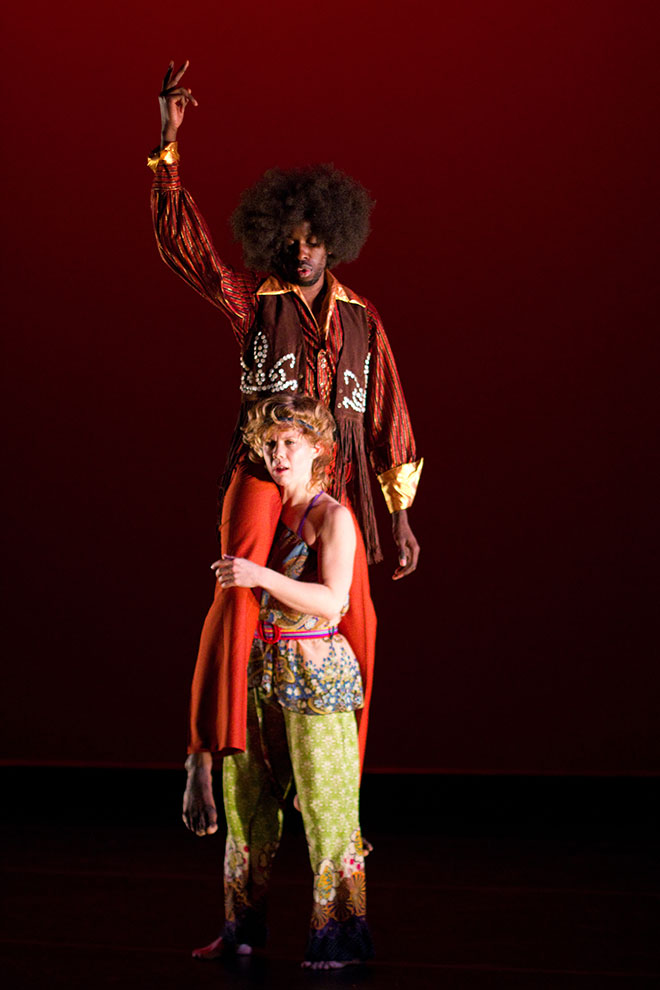 After college, he counted leisure suits by day and danced at night, participating in community-based projects and becoming more involved in a community of dancers. Dorfman credits Martha Myers of Connecticut University for "saving him," by accepting him into the dance program there. He earned an M.F.A in dance in 1981 and founded David Dorfman Dance in 1985.

His love of Sly & The Family Stone came full circle when he saw an ad saying that the band would be performing at the Mohegan Sun Casino in Connecticut about three summers ago. Dorfman eagerly drove out to see them. The band still had some of the original members, and Dorfman met them after the show, telling them how much their music had influenced his life. With this re-ignition of his love for Sly & The Family Stone, Dorfman immediately began working on Prophets of Funk. In 2011 the company performed to the live music of the Family Stone at Lincoln Center's Out of Doors program.

Dorfman plans a week of engagement with the Lafayette community, including master classes and workshops in area schools.

Prophets of Funk is part of the AcA's participation in South Arts Dance Initiative, a three-year project to enhance the presentation of modern dance and contemporary ballet for presenters and audiences.

Before the two performances, audience members will have an opportunity to learn a line dance that will be part of the show. At the end of the performances, the audience will be invited to come on stage and funk it up with the cast. The dance company will also be doing outreach in the community, including a brief performance at Bach Lunch Friday afternoon at Parc Sans Souci as well as conducting classes at UL Lafayette, JW James Elementary School and Camelot nursing home.

Prophets of Funk
7:30 p.m.
Friday, April 4, and Saturday, April 5
Acadiana Center for the Arts
The public is invited to attend a master class with David Dorfman Dance from 7 p.m. to 8:30 p.m. Wednesday, April 2, at the AcA.