Expect the unexpected in fashion

When Anthony Ryan's models made their final strut down the catwalk at NOLA Fashion Week they eschewed the traditional straight-faced demure clap. They danced - scratch that - they broke it down to Nicki Minaj's "What ya know bout me?" It was a fitting end to two days of fashion that truly ran the gamut.

Ryan's bevy of models wore a collection of electric prints and even more electrically charged shapes (crop tops and tiny shorts and visors). Not what this IND Styler expected. But nothing about New Orleans and the two fashion weeks are really what one would expect. IND Style headed to NOLA March 21 for both Fashion Week New Orleans and NOLA Fashion Week - two different celebrations of fashion in this region with two different vibes.

That Friday night at the Board of Trade, Fashion Week New Orleans presented 17 shows back-to-back- a combo of designers and boutiques. We saw a hearty dose of Acadiana in the mix from author

Jacques Couvillon of Cow Island who now is one half of Fraques - an uber cool shop in NOLA for men - to a few familiar model faces like Pamela Lamb rocking the Rafaelle's runway and Lafayette model Marcella Moss working the catwalk in Hemline. 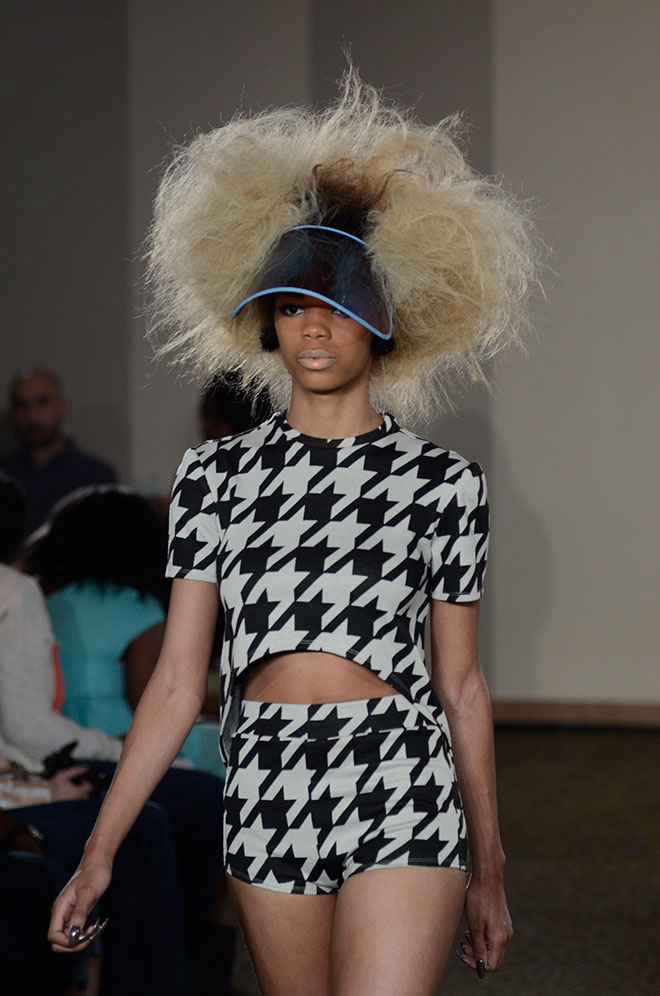 If there was a standout of the endless stream of design it was certainly Pedram Couture. The brainchild of Louisiana designer Pedram Pasha Taheri (who most recently showed in NYC's fashion week), Pedram Couture is that rare collection of cutting edge and wearable now. The man manages to do sexy and modern in a way that we could see an Old Hollywood starlet wear as easily as a daring fashionista. Chief among his designs - the jumpsuit and the romper.

Proof that nighttime can be seriously glam without taking things too seriously. One look at what he sent down the runway and it's clear this is a name to remember. And, he says, a name that will remain around these parts for years to come.

"My New Orleans is the fashion capitol of the South. Paris ofAmerica," Taheri says. "I am a proud participant and hope to continue to annually showcase my creations there for many years to come." Fashion Week New Orleans, he says, combines both established and upcoming designers. Designers, like Romey Roe of Lafayette, who are continuing to evolve. The man once known for his glam sweeping gowns brought a new vibe to NOLA with a collection he called "Exist" - a dark street collection that's all ready-to-wear.

Part of the Top Design competition, the Lafayette man didn't make the final cut, yet he has no regrets about the edgy collection he presented. No hesitation in a grand departure from his usual vibe.

"I was definitely glad I took a risk. I received so much positive feedback from everything that they like the refreshing change," he says.

Each model rocked a black sharp cut wig and a grey glitter lip - to represent that the models had been eating diamonds.

"Sometimes we are fed false things from people in the form of a beautiful diamond. But then after you've eaten it it cuts you up inside and you're left to bleed out," he says.

Not the answer we were expecting.

Fashion so often feels like little more than a facade. Fashion week, though, is a kind of proof that there's always more than what we see on our glossy pages. It's a reminder that behind every garment and every trend there are people giving their blood, sweat and tears. Fashion week is a reminder that what we choose to wear is a kind of art. That true style is all about making it your own. And perhaps, most refreshingly, that what you know about a designer or brand right now is not necessarily an indicator of what they're up to next. 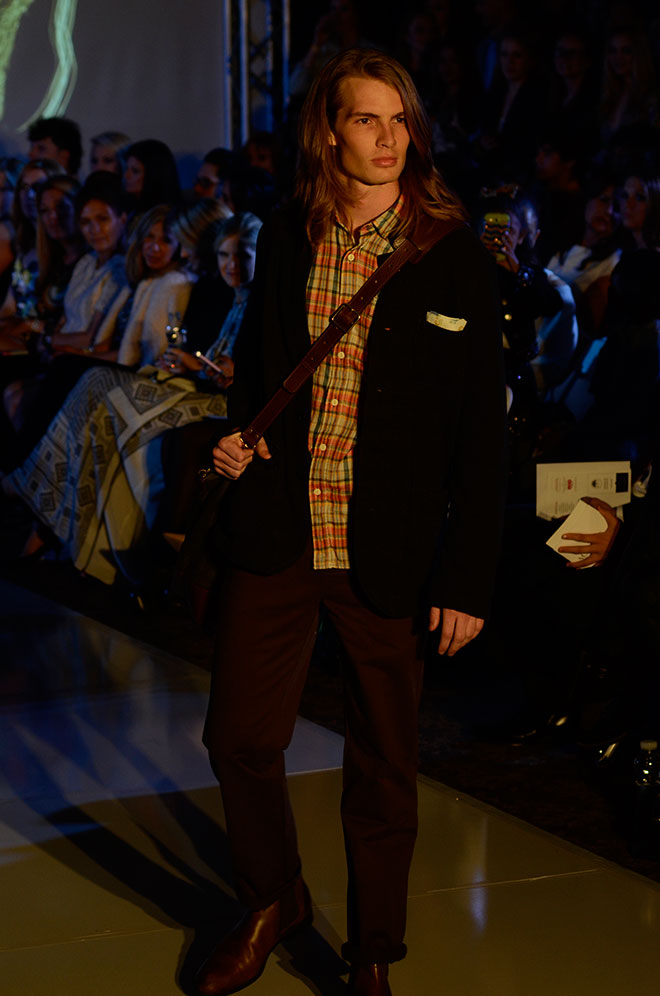