A statue of Gen. Alexandre "Alfred" Mouton that had stood in front of the former City Hall for more than 75 years was hoisted out of the ground early Tuesday. 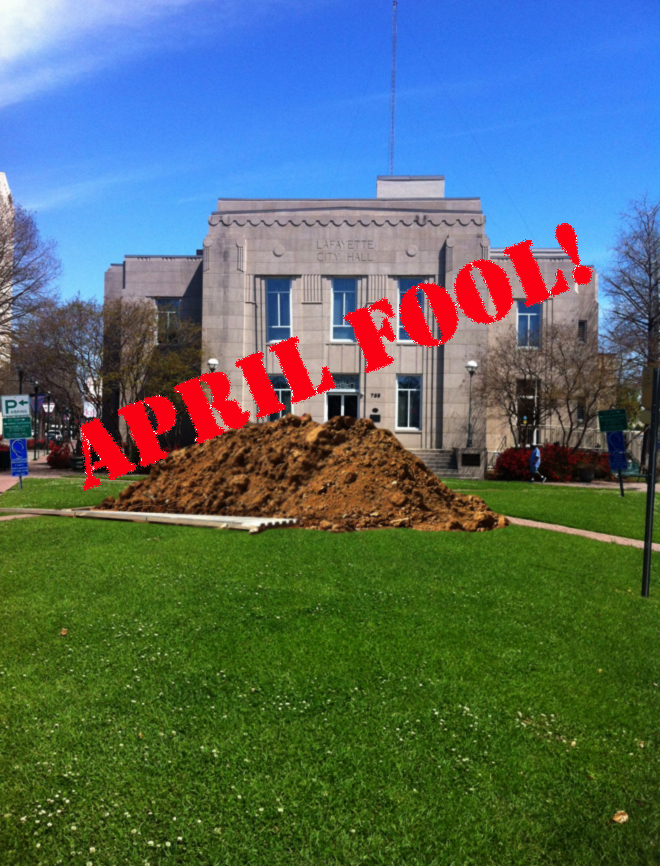 All that remains of the statue honoring Gen. Alexandre Mouton at the former City Hall Downtown is a gaping hole and mound of earth.

A tall obelisk bearing a statue of Gen. Alexandre "Alfred" Mouton that had stood in front of the former City Hall for more than 75 years was hoisted out of the ground early Tuesday morning by a Lafayette Consolidated Government work crew, fulfilling a decade-old City-Parish Council resolution that sat dormant since being approved in 2003.

The resolution, officially known as O-014-2003 but better known at the time as the "Lafayette Reconciliation Act," was passed with little fanfare by a previous council. The late Walter Comeaux, then the Democratic City-Parish President, publicly opposed the resolution but failed to veto it, thereby allowing it to become official. However, a round of elections later that year that in January 2014 brought in a new council as well as then-freshman C-P President Joey Durel, a Republican, stalled enactment of the resolution, which seeks to update Lafayette roads and landmarks to remove the city's ties to the Civil War-era Confederate States of America. (Gen. Mouton served in Confederacy and donated much of the land that was originally known as Vermilionville but in 1884 changed its name to Lafayette in honor of French Revolutionary War hero Marquis de la Fayette.) Then-Councilman Chris Williams spearheaded the resolution, and a Democratic majority on the council at the time helped push it through to passage. 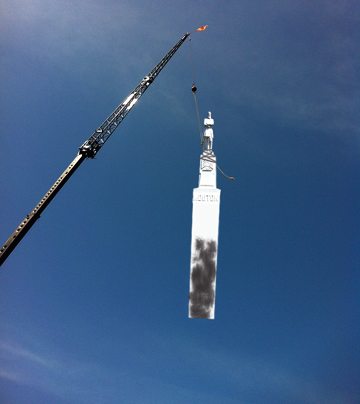 The statue hung above Downtown from a crane after being
hoisted from its longtime place of prominence.

Two months ago the C-P Council voted to reactivate the resolution - a move that, due to Robert's Rules of Order (the parliamentary guidelines by which the council operates), needed merely a simple majority for passage and cannot be vetoed by the city-parish president. (It's worth noting that two of the five Republicans on the current council - Andy Naquin of District 6 and District 9's William Theriot - were absent for that meeting; the final tally was four in favor (all Democrats) and three opposed (all Republicans).

District 4 Councilman Kenneth Boudreaux, a black Democrat, told The IND that moving on the resolution is long overdue: "Look, it was the will of the people 10 years ago and it's the will of the people now," Boudreaux said. "A modern, progressive city like Lafayette can't be tied to a racist past. [Gens. Mouton, Lee, et al] fought to keep my people in bondage. If Lafayette really is for all the people, they got to go. They got to go. And I think this is great way to honor the hard work of Dr. [Chris] Williams for his service on the council."

As an African-American, I feel empathy with those who wish to correct our city's long ties to the Confederate States of America. However, as the Councilman representing Downtown Lafayette where the General Alfred Mouton statue long stood, and in consideration of the area's overwhelming white constituency, I cannot get behind this part of the resolution.

Not every member of the council is pleased with the reactivating the resolution. Andy Naquin, who missed the Feb. 4 meeting and consequently didn't vote on it, was at first incredulous when asked for a response: "You're joking, right?" Naquin replied. "This is like the guys who stole the big duck, right?" When told the Mouton statue had in fact been removed, Naquin's tone darkened. "That's crazy," he told The IND. "I mean, seriously?"

Durel said he's been speaking with members of Lafayette's legislative delegation to see if anything can be done, but doesn't sound optimistic: "I'm not optimistic at all," Durel said, adding that the statue will be moved to a LCG warehouse and later, if a donation can be secured, to a prominent privately owned spot within the city. 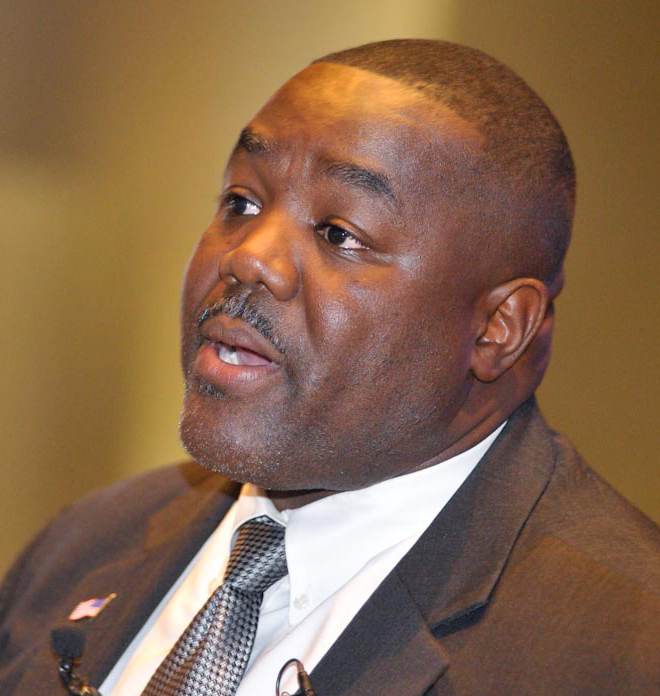 Boudreaux: "[Ties to Confederacy] got to go."

The way the Lafayette Reconciliation Act was originally written, it is broken up in into so-called "mile markers" - removal of the Mouton statue being the first - and each mile marker requires a vote of the council . Other mile markers include renaming Lafayette streets that currently bear the names of Confederate figures. That includes Lee Avenue - named for Confederate Gen. Robert E. Lee - that skirts the old City Hall from where the Mouton statue was removed today as well as Johnston Street, named for CSA Gen. Joseph E. Johnston.

Contacted late Tuesday morning, Brother Abdalla, the owner of Brother's on the Boulevard and a longtime vocal opponent of Johnston Street revitalization, enumerated his opposition to renaming the main commercial drag through the Hub City: "Man, where to begin," Abdalla said. "Business cards, invoices, the website, promotional stuff - everything would have to be changed from Johnston to whatever, probably Louisiana Avenue since that's what Johnston turns into on the other side of the [Evangeline] Thruway. But look, there's five million businesses on Johnston and like a dozen on Louisiana. Make them change their name. And all this because of the Civil War?"

The council will vote Tuesday evening on the second mile marker of the resolution, which also targets Gen. Mouton: renaming Mouton Gardens subdivision off Pinhook. If approved, the council will accept nominations for a new name for two weeks before voting on a final name at the April 15 meeting. Boudreaux, for his part, said he already has a new moniker in mind for the leafy enclave fronting the Vermilion River: "I think Malcolm X-tension would be great and I'm hoping someone puts that across."