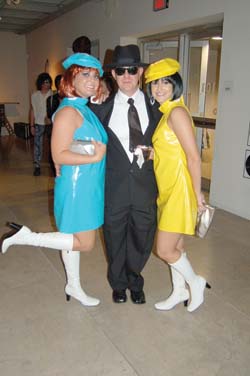 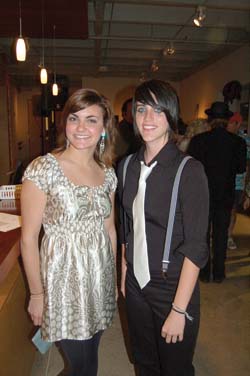 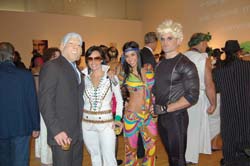 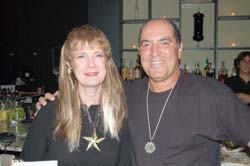 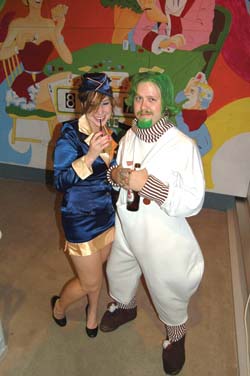 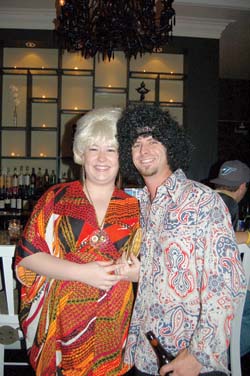 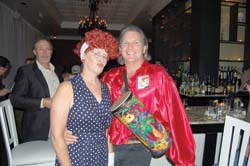 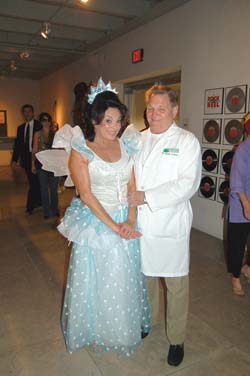 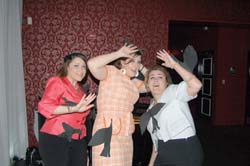 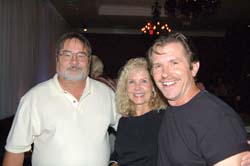 Party Girl likes to rock, and my favorite party of the year rocks and benefits the Acadiana Center for the Arts. The 3rd annual Party Like a Rock Star event at the ACA ' titled "Rock N Reel" this year ' turned out to be a glamorous, glorious success. The ACA downtown was turned into an urban nightclub affair with incredibly inspired decorations by UL Lafayette design students. My personal favorite was probably the downstairs bar/Wizard of Oz space, complete with a yellow brick road and apple tree.

The main gallery served as a makeshift bistro with delicious food catered by Carrabba's Italian Grill. Partygoers could sit and nibble while listing to a jazz trio and glancing at fellow "movie and rock stars." Speaking of stars, it was really amazing to see the creativity of partygoers, with costumes ranging from the tooth fairy to Alice Cooper, from The Village People to about a dozen Marilyns (including a Manson). The ACA was brimming with cool celebrities. For most guests the evening began with a complimentary limo ride to the ACA. After exiting their limo, guests were greeted by the usual paparazzi while walking the red carpet. An outdoor bar provided early opportunity to get in the spirit while inside cool tunes were cranking. After eating, lounging and visiting with other celebs, most revelers found themselves upstairs where another bar and dance club were heating things up a bit more. Late at night the dance floor became quite a spectacle: belly dancers grooving with movie stars, folks with respectable day jobs posing as punk rockers and of course everyone doing the inevitable YMCA, rock lobster and monster mash. After dancing until my feet gave out, I closed out the night in the vault with a glass of something potent. The ACA did it again, and this year's Rock N Reel will be remembered as one of Acadiana's greatest bashes. It definitely made my personal hall of fame.