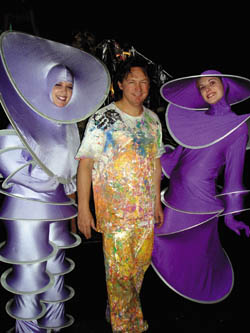 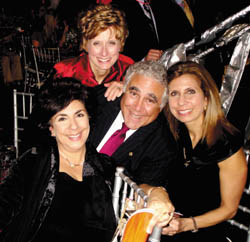 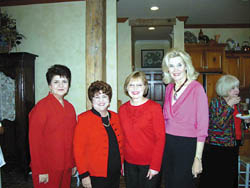 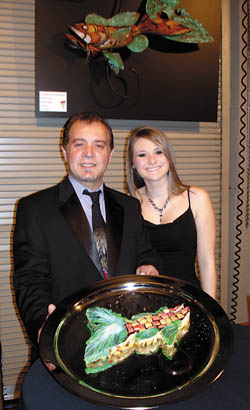 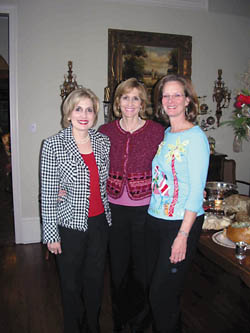 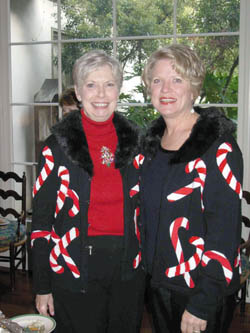 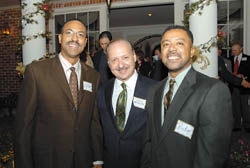 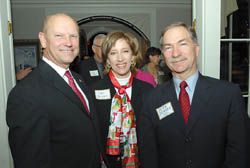 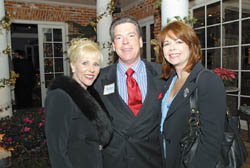 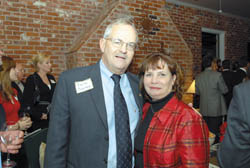 Party Girl prepared her palette to paint the night a colorful success at Acadiana Outreach Center's 7th annual Palates & Paté fundraiser. No doubt this event was a sellout, with artists at their drawing boards and premier chefs drawing the crowd in with their edible masterpieces. This year's futuristic-themed event boasted Spotlight Awards Entertainer of the Year, Jean Francois Detaille, who flew in from Las Vegas to dazzle and delight with larger-than-life art, as well as otherworldly dancers from the UL Lafayette Performing Arts Department. A live auction featuring fine art, custom designed jewelry and dream vacations overwhelmed the crowd of more than 1,000 supporters at the Cajundome Convention Center.

"The event's tremendous success is credited to the overwhelming support and enthusiasm of the sponsors, volunteers, artists, chefs, as well as the Outreach Center shelter residents, who worked tirelessly behind the scenes in preparation," says Valerie Keller, CEO of Acadiana Outreach Center. Party Girl was told planning is already under way for Palates & Paté 2007 to be held in early November. Mark it down with a big P, as Palates & Pate is quite a sight to see. (Don't you love my alliteration and rhymes?)

Linda Kidd and Melanie Goudelocke hosted a holiday brunch buffet in Linda's lovely River Ranch home recently. The tables were set with Fitz & Floyd and graceful towering taper candles all under the watchful gaze of Kidd's impressive collection of nutcrackers. Guests feasted on tea sandwiches, crudités, baked brie, crawfish étouffée (courtesy of Linda's mother Marlene Domingue) and Linda's own fabulous crab dip (PG wants that recipe ' a lighter version of the Cajun classic). Among the friends who enjoyed sharing stories of family and holiday travel plans were Colleen McDaniel, Janie Bayard, Kathy Randol and Mary Anne Diel. Thanks, Linda and Mel, for an all-to-brief respite from the holiday shopping frenzy!

The gathering that got the biggest buzz during this holiday season had nothing to do with Christmas. It was, of course, The 'No Party Party' fund raiser for City-Parish President Joey Durel at Glenn and Dana Armentor's Greenbrier home, and it definitely lived up to the hype. Shuttles ferried guests from parking spots around the neighborhood throughout the evening, and the final count was well north of 500. Durel wore a tie with both red and blue stripes. "And you'll notice that the stripes are all the same size," quipped Armentor in his introduction of the mayor. Sen. David Vitter and Rep. Charles Boustany both made the historic scene along with a dozen other local elected officials, including Sheriff Mike Neustrom and District Attorney Mike Harson. Taking a cue from the polite political company, even Dana's cockatoo Bianca was on her best behavior!