An attempt in the state Senate to rein in predatory payday lenders has been turned into a macabre joke. 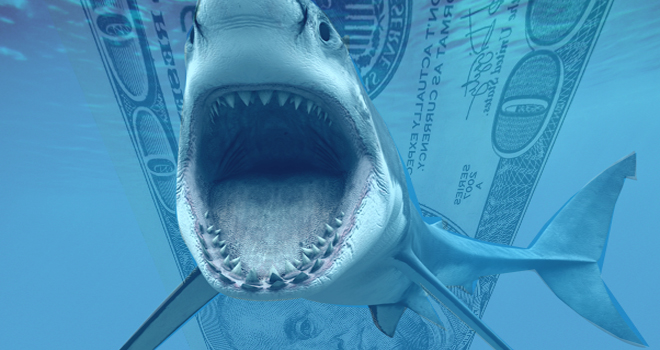 An attempt in the state Senate to rein in predatory payday lenders, which typically set up shop in low-income neighborhoods and charge interest rates as high as 500 percent for small, short-term loans - thus trapping "customers" in unmanageable debt cycles in which they're often forced to take out second (or third or fourth) loans to pay off the interest on the first (or second or third) - has been turned into a macabre joke.

As the Associated Press first reported Tuesday afternoon, a Senate judiciary committee amended Senate Bill 84, which would have capped the interest rate these legal loan sharks can charge at 36 percent. Gone from the well-intended legislation of Sen. Ben Nevers, D-Bogalusa, is the interest rate cap. Thanks to amendments by Sen. Danny Martiny, a Metarie Republican, these payday shylocks can still soak their "customers" with outrageous interest rates, but they can only do it 10 times within a 12-month period.

Martiny's rationale for eviscerating the bill: it might put the payday loan industry out of business in Louisiana.

That was kind of the point, senator. Loan sharking is illegal in Louisiana - unless it bears the imprimatur of the secretary of state.

Payday lending relies on a business model clearly intended to prey on the poor and working poor, but the industry obviously has some purchasing power at the Legislature via lobbyists. A similar bill in the House has yet to see action but will no doubt suffer a similar fate.

Here are some things to remember about payday loans, complements of Business Insider via the Milken Institute:

? In the U.S., 12 million people borrow nearly $50 billion a year through payday loans.

? Most borrowers owe payday lenders for five months out of the year and typically end up paying $800 for a $300 loan.

? The estimated annual percentage rate on payday loans in the U.S. ranges from a low of 196% in Minnesota to a high of 574% in both Mississippi and Wisconsin.

? Borrowers with six or more loans each year make up more than half of all payday revenues in California, and they end up paying at least $525 for a $255 loan.

? Payday loan stores tend to aggregate in areas with higher rates of poverty. The six counties in California with the highest number of payday lender stores per 100,000 people have an average per capita income of between $17,986 and $26,300, compared to the statewide average of $44,980. The average unemployment rate among those counties is nearly 15.8% compared to the state average of 11.8% and one in five people lives in poverty compared to 15% nationally.