Each facing 20 years in prison, couple are last two defendants in a 10-count indictment to plead guilty. 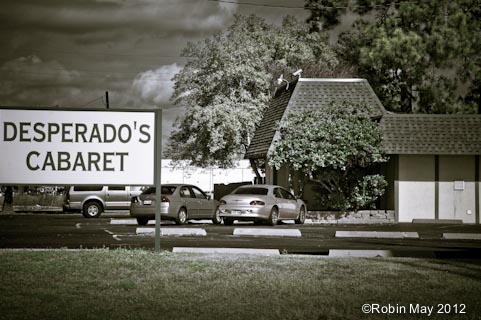 James Panos, 56, and his wife Jennifer, 48, entered guilty pleas this week before U.S. Magistrate Judge Patrick Hanna to one count of racketeering conspiracy at the now closed Desperado's Cabaret in Carencro.

The couple are the last two defendants in a 10-count indictment to plead guilty. They were charged on May 15, 2013, in an indictment alleging racketeering conspiracy, drug conspiracy and firearms charges. The charges are the result of an investigation of drug trafficking, drug distribution, prostitution, and other illegal activity that took place at Desperado's Cabaret, which was located on N.E. Evangeline Thruway.

The Panoses each face 20 years in prison, a fine of not more than twice the gross profits or other proceeds, and three years of supervised release. As part of the plea agreement, they agreed to forfeit illegal proceeds already seized and to forfeit the Desperado's property.