Green Army claims state Rep. Joel Robideaux is dodging calls from his constituents who want answers on why he's become a "waterboy" for the Louisiana Oil and Gas Association. 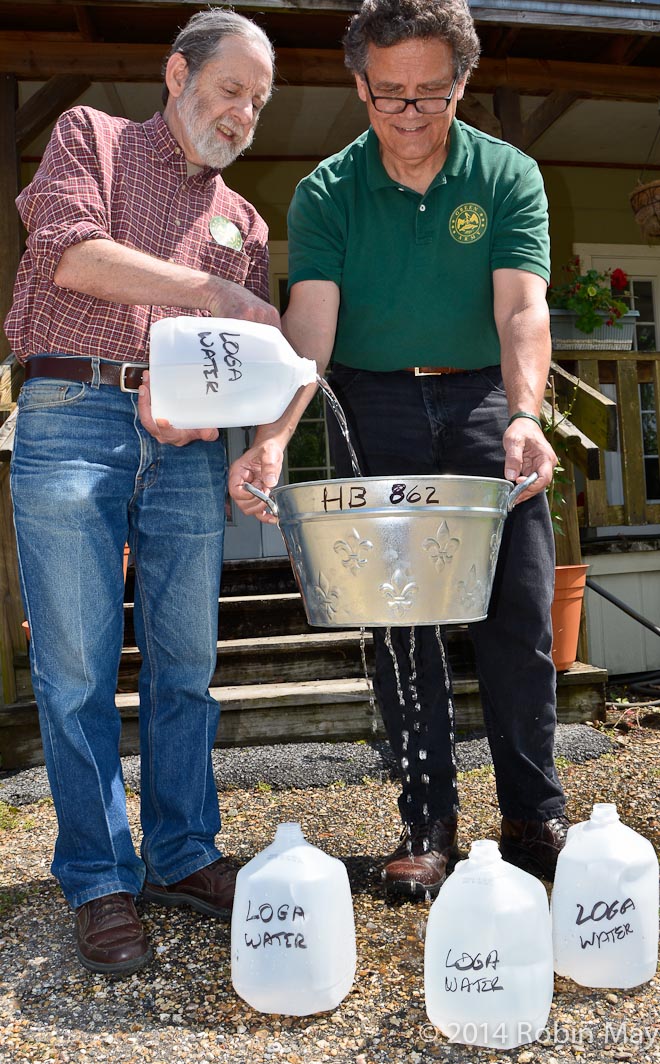 Two reps from the group that calls itself the Green Army say state Rep. Joel Robideaux is dodging calls from his constituents who want answers on why he's become a "waterboy" for the Louisiana Oil and Gas Association.

Robideaux's nickname came from LOGA's "Give em the Boot" rally last month thanks to a comment from the trade group's vice president Gifford Briggs. "We've got certain legislators here in Acadiana who are carrying the water for us in Baton Rouge this session," said Briggs during the rally. "Rep. Robideaux is carrying one of our bills."

That legislation is House Bill 862 - a response to three lawsuits filed by coastal parishes against oil and gas companies for permit violations and damages to the coastal wetlands. Robideaux's bill, in essence, is an attempt to make it more difficult for parish governments to file suit against the industry by first requiring them to seek approval from the Department of Natural Resources.

Robideaux's bill is set to go before the House Civil Law and Procedure Committee on Tuesday. The Green Army claims the Lafayette rep is dodging it.

"We called three times asking for a meeting, and they wouldn't give us a time," says Mike Stagg, who was joined Friday by fellow Green Army member Woody Martin for a demonstration outside Robideaux's Lafayette office on Woodvale Avenue where they lined up four jugs of water bearing LOGA's name and a hole-filled metal bucket named after the legislator's bill.

"Gifford Briggs says Joel Robideaux is carrying water for LOGA, but his bill has a hole in it. It doesn't stand," says Stagg. "We're trying to raise awareness of this terrible bill. DNR has proven it's a captive agency of the oil and gas industry. Look at Bayou Corne. They knew there was a problem 18 months before it became a sink hole."

And that's just one example, according to the Green Army, as the state agency has traditionally been lax on its regulation of the industry, especially when it comes to issuing permits.

To illustrate their point, Stagg, with the help of Martin, poured LOGA's water into Robideaux's hole-filled bucket.

"He needs to pull this bill ... and stand up for the people of coastal Louisiana," says Martin.