To encourage a cap at 36 percent is one thing (we could ignore); to require it by force of law is fascism because Obama. 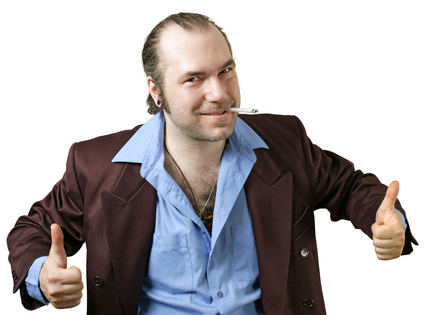 It is with gratitude and a heartfelt thankfulness for our campaign contributions bearing a succulent fruit that my industry - so vital to the financial needs of Southwest Louisiana's great unwashed mass - extends a hearty congratulations to the brave men and women of the Louisiana Legislature who fought to beat back unwarranted and unconstitutional attempts in both chambers at the Capitol to chip fatefully away at the precepts of free enterprise so nobly exercised by the honest, hard-working men and women of the payday lending industry.

To encourage an interest-rate cap at 36 percent is one thing (we could ignore); to require it by force of law is fascism because Obama. This was no more than a blatantly transparent attempt by unrepentant liberals in the Legislature to shackle payday lenders with the untenable and unreasonable expectation of "fair" interest rates on short-term loans.

We acknowledge the Senate's wisdom is refusing to cap - cripple is the better word! - generous rates that can balloon to 500 percent, born on the wings of the mistaken belief that the poor are not uneducated, intellectually lazy and willfully ignorant of the workings of financial instruments, thereby doing unto themselves long-term economic harm that is entirely of their own making.

We do have reservations that limiting our clientele to 10 fleecings within a one-year period could precipitate a ripple effect across the industry, leading to reputable payday lenders choosing not to offer financial salvation in Southwest Louisiana's most economically distressed neighborhoods. But we recognize the value of compromise in these delicate undertakings. And there is still time for the full Senate to strip away this ungainly regulation. Thank you to Sens. Page Cortez, Elbert Guillory and Jonathan Perry from the Lafayette delegation for recognizing the legitimate economic engine created by poverty for the hundreds of employees in the payday lending industry in Southwest Louisiana. The check is in the mail, gentlemen. 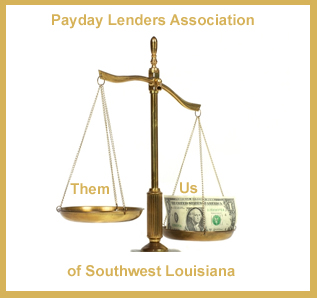 We reserve our most vigorous congratulations to the House Commerce Committee, which stopped dead in its tracks House Bill 239 before it could get to the full House. An equally onerous piece of legislation and companion piece to Senate Bill 84, HB 239 would undeniably have put payday lenders at a competitive and moral disadvantage to loan sharks and pawn brokers, striking at the very heart of capitalistic equilibrium. Many kudos, therefore, to Lafayette Rep. Stuart Bishop, who has "cemented" his role as a carrier of our briny water. (That is an inside joke we have about Stuart, my dear friend, who inherited a cement business and is a man-made self who knows that, should he ever fall on hard times, we are here for him with quick, easy cash and a no-sweat payment plan!)

I leave you with a thought from economic theorist Adam Smith, whose musings have brought me great comfort in this time of distress: "The poor are best-served by allowing the invisible hand of the market to grope them, thereby making them holes."