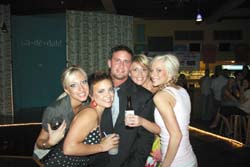 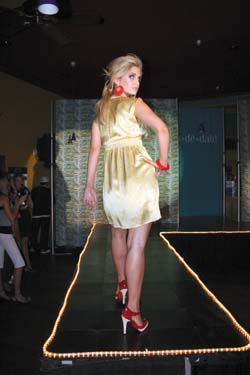 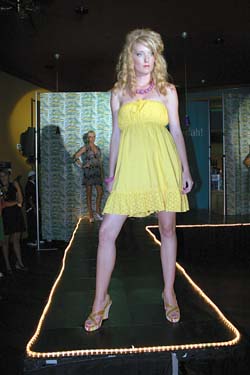 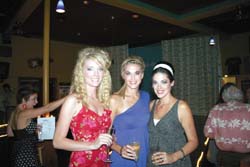 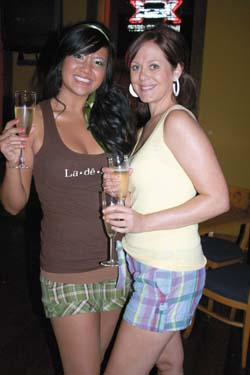 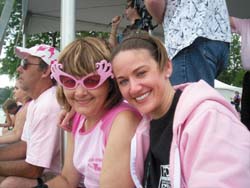 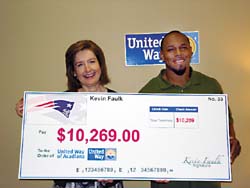 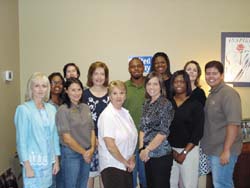 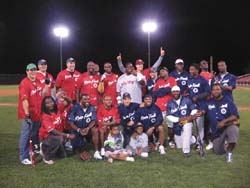 Party Girl's mantra is to look good at all times, and attending a sneak preview of La de dah's Fashion Show downtown on June 28 enhanced my eye for this season's fashions. Two hundred guests attended, and they were just as anxious as I was to see the new lines. The Jefferson Street Pub was hopping especially when hip-hop dancers Corey Mallery, Tyler Wilson and Terrance Morgan showcased their moves between scenes. La de dah owners plan to have four fashion shows each year, one for each season, at a downtown location. Some of the lines showcased that evening were Karlie, Jully Kang, Frenzii, 213 Industry, Nelli and Hazel. Backstage, the models' hair and makeup was creatively done by Salon Des Amis. I can hardly wait to see what will be next. I love to surround myself with great taste.

I have a need for speed, too, which is why I love Cajun Invasion, Lafayette and Louisiana's first Dragon Boat Team. The crew competed recently in the beautiful town of Windsor, Ontario in the International Dragon Boat Races for the Cure. Cajun Invasion teamed up with the Atlanta team to form a team of 20 paddlers, one coach/drummer and one person to steer the boat. On Saturday, July 14 at the FDJ International Dragon Boat Races for the Cure, they raced a 420-meter race and finished 2nd in the Breast Cancer Division. All of the team members received a medal and the team left with a check to donate to any nonprofit organization of their choice. Party Girl has a good indication of which organization is closest to their hearts. On Sunday, a rose ceremony was held for each team to remember the reason they choose to race these boats. Going from event to event, these members race for cures and celebrate life.

Another athlete that always gives back to his community is New England Patriot running back and Carencro icon Kevin Faulk. Party Girl was thrilled to see Kevin substitute his football pads and helmet for a baseball glove and shorts in Boston recently during his three-day fundraiser ' Good Things Come in 3s. The event included a black-tie dinner and celebrity softball tournament, with funds raised through ticket sales, sponsor donations and auctions. Proceeds benefited United Way of Acadiana and United Way of Massachusetts Bay. "Kevin assembled a great group of guys to play in the tournament," says Margaret Trahan, President/CEO United Way of Acadiana. "They all had a great sense of humor which they demonstrated during the game and in the skits they performed between each inning." Trahan threw out the first pitch to Faulk and was relieved to hear the crowd cheer when she delivered a strike right across the plate. Faulk presented a check for $10,269 to United Way of Acadiana. "Kevin has a heart of gold," says Trahan. "He remains committed to his hometown and is a great leader both on and off the field."