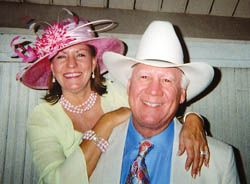 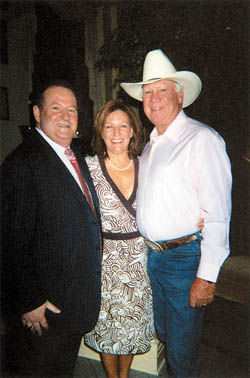 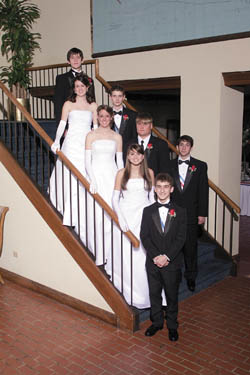 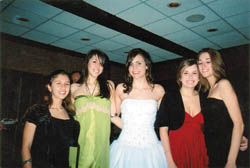 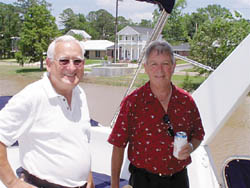 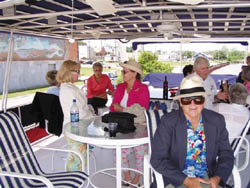 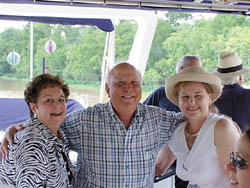 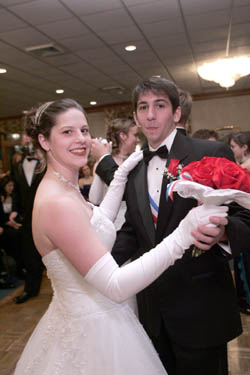 Summer fun continues, mes amis! A sure bet to kick off the season is always the Kentucky Derby. Louisville-bound for the 132nd "run for the roses" were Kenny and Dawn Clark. Dawn says the Derby was on her "wanna do" list and was also a birthday present from Kenny. The couple stayed at the historic Gate House, which has a long history of catering to derby-goers and celebrities. The parties were nonstop in the days leading up to the event (music to Party Girl's ears) and complete with plenty of Mint Juleps. Yummy! "It was grander than I ever imagined, an unforgettable experience," Dawn concludes.

A little less formal was a recent boating outing down the Bayou Teche. It was smooth sailing on the Beau Rêve River Yacht at the Acadian Memorial Festival, as patrons took a lazy afternoon cruise down the bayou on Ray Pellerin's boat. Riders departed from New Iberia's Bouligny Plaza dock and headed to St. Martinville. Ray Trahan prepared the meal, with wine for sipping from Marcello's. It doesn't get much better than that!