A top aide to a Louisiana congressman videotaped kissing a married woman who is not his wife was one of the few people with access to the leaked security footage that exposed the dalliance.

MONROE, La. (AP) - A top aide to a Louisiana congressman videotaped kissing a married woman who is not his wife was one of the few people with access to the leaked security footage that exposed the dalliance.

Pressure has mounted on Republican Vance McAllister since the Monday disclosure of grainy video footage from his district headquarters. McAllister, a conservative who highlights his Christian faith and family devotion, has found few defenders among the Republican establishment he beat to win the job in a surprise special election result last year. 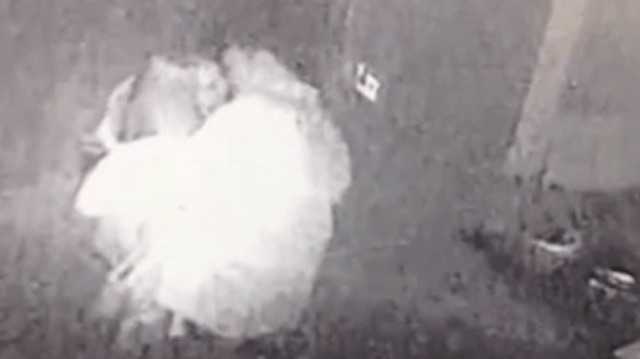 A written statement from McAllister's office on Wednesday offered no answers to questions about his political future or private life that have arisen since a weekly newspaper, the Ouachita Citizen, released videotape of him kissing a woman identified as Melissa Peacock. Peacock resigned Monday from the congressional payroll.

The statement said McAllister "is focused on earning back the trust of those he has disappointed" and wants "privacy for his family during this difficult period." Separately, the congressman was quoted by the Monroe News-Star as saying that he plans to seek a full term in November. Qualifying for the Nov. 4 primary takes place in late August.

McAllister backers, meanwhile, said they expect the congressman to fight for his family and his job. One of them, Monroe architect Bill Land, owns and shares the building where the kissing was captured on the security tape.

Land said one of his employees and one of McAllister's employees are the only people who knew the passcode required to access the digital archives. Land's employee, Lance Hilton, told The Associated Press on Wednesday that he's never accessed any old footage.

It's not known publicly how the footage made its way to the local newspaper, which said the clip was captured Dec. 23, about a month after McAllister took office.

Hilton and Land said they simply want to defend themselves against any claim that they are involved in the leak. The statement from McAllister's office said he will not pursue a formal investigation.

Land said he bought the eight-camera video system at the request of Alexander's staff, which wanted tighter security measures after a gunman shot and wounded Arizona Rep. Gabrielle Giffords and killed six others in 2011. Hilton said the system stores the most recent 60 days. That means Dec. 23 footage of McAllister and Peacock would have been copied before late February.

The congressman's campaign website says he "was taught at a young age the importance of faith, family, and hard work."

In a campaign commercial, he was shown with his wife, Kelly, and their five children. "We have a big family breakfast every Sunday before church," he said. He added that he and his wife try to instill "the values of faith, family and country" at home. "If you will trust me with your vote, you can count on me to take those values to Washington and defend our Christian way of life," he added.

McAllister emerged from more than a dozen candidates who ran after Alexander's retirement. He financed most of his own campaign and benefited from an endorsement from the bearded men of the popular "Duck Dynasty" reality TV show.

He advanced to a runoff and trounced Republican state Sen. Neil Riser, who had backing from Gov. Bobby Jindal and other GOP power players. McAllister ran to Riser's left, endorsing Medicaid expansion under President Barack Obama's health care law - anathema to many Republicans. He won the endorsement from Monroe Mayor Jamie Mayo, a Democrat who finished a close third in the initial open primary.