The legislation - House Bill 503 by state Rep. Thomas Carmody, R-Shreveport - passed by an 8-5 vote and advances next to the full House. 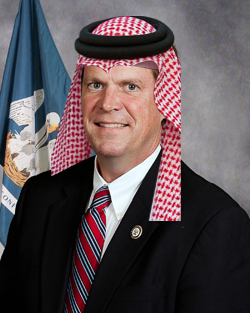 The Municipal, Parochial and Cultural Affairs Committee in the state House of Representatives has approved a bill that designates the Koran the official book of the state of Louisiana. The legislation - House Bill 503 by state Rep. Thomas Carmody, R-Shreveport - passed by an 8-5 vote and advances next to the full House.

According to the Associated Press, Carmody argued before committee members that his bill wasn't meant to go beyond honoring the text: "It's not to the exclusion of anyone else's sacred literature," he told the House committee, adding later, "This is not about establishing an official religion of the state of Louisiana."

Rep. Ebony Woodruff, D-Harvey, worried that such a move would be upsetting to some in heavily Christian Louisiana. According to the AP account: "You're OK with offending some of the citizens of this state?" Woodruff asked. "It's not meant to be offensive," Carmody replied. "There's no requirement that they would have to follow this particular text."

[Editor's Note: The actual sacred text committee members voted to become the official book of Louisiana is, of course, the Bible. But just imagine...]