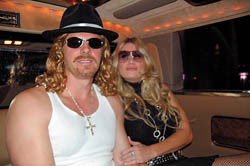 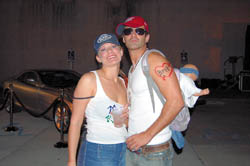 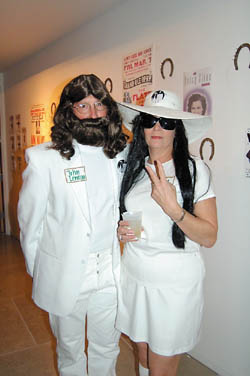 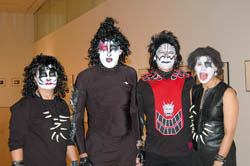 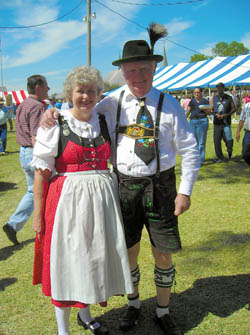 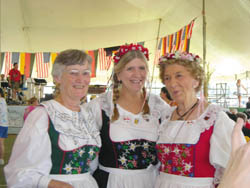 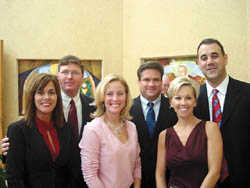 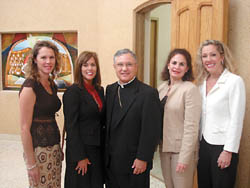 In case you didn't know it, Party Girl is a church-going girl who along with Caroline Burdette, Katy Merchant and Jan Skinner asked the Holy Spirit to provide guidance for all those who pursue justice in our great community. We all attended the traditional Red Mass in observance of Court Opening Sept. 8. at Cathedral of St. John the Evangelist. The tradition originated in the 13th century and became known as the "Red Mass" because of the red Mass vestments and the scarlet robes the Lord High Justices wore. The Lafayette Parish Bar Association and the Lafayette Bar Association Auxiliary sponsored the event, and after the solemn Mass was celebrated, a reception hosted by the auxiliary was held at the Cathedral Center.

Party Girl was in her glory last Saturday night, when I had the opportunity to party like a rock star. When the limo (provided by Ambassador Car Wash) dropped me and my entourage at the red carpet entrance of the Acadiana Center for the Arts, I knew the night was going to be a "hit." When the doors opened, there was live music in the air. Lafayette turned out en masse and in costume for an evening of great music, food (compliments of Randol's and Tsunami) and celebration for the "Party Like a Rock Star" gala. The ACA was also dressed for the occasion with several party venues to accommodate the spirits of the 300 plus revelers. One real hot spot was the dance floor on the second story, where music from the '80s kept the feet moving and faces smiling. Among those gracing the red carpet that evening were two Robert Palmer look-alikes, one our very own Curtis Roy, accompanied by the stunning Sharon Moss on backup. Kid Rock and Pamela Anderson also attended. Britney Spears (Heidi Reed) and KeFed (Scott Chapman) complete with baby Sean Preston (Portable baby Sean Preston is available at Target, tattoos not included). Also spotted enjoying the evening was the rock band KISS (a.k.a. Joey and Lynn Durel with Conrad Comeaux and Jackie Lyle) and Sonny Bono (Richard Foard). Paris Hilton (Lacy Lahaye) seemed to enjoy the dance floor along with Cyndi Lauper (Julie Underwood).

The next morning Party Girl hitched a ride on the back of a Harley-Davidson motorcycle and headed down I-10 for Robert Cove's 12th annual Germanfest. Hair blowing in the wind and socks pulled up, I was ready for Bratwurst and German beer. Those who stayed indoors not only missed out on the beautiful weather but the Alpenfest Band and the Germanfest folklore singers who entertained festivalgoers for hours. Since Germany is the country where beer is greatly praised, then let's raise your beer stein. Prosit! (Cheers!) Of course, no celebration would be complete without dancing to the polka music. After dancing, I noticed people crowding around outside the tent where folklore and rice threshing demonstrations were taking place ' all the hay flying left me with quite an appetite, so I sat back and relaxed with a bowl of sauerkraut, potatoes and wurst. It was so delicious. See you next year my German friends.