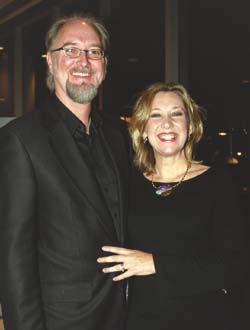 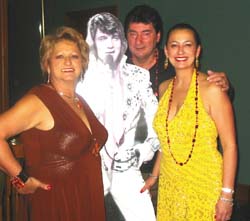 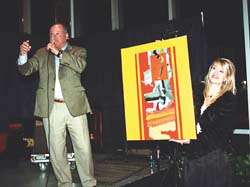 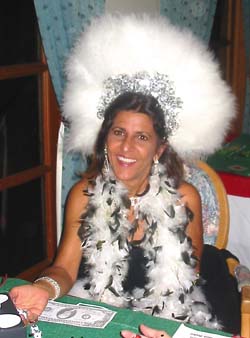 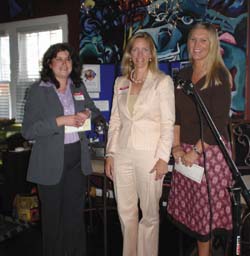 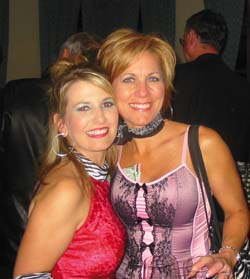 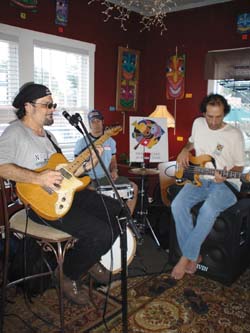 As a preview of what's in store at this year's Palates & Paté event, the Apèritif party at the IberiaBank tower had tongues wagging. The bank's new Lafayette President Pete Yuan welcomed partygoers to the transformed lobby, aka P&P gallery. Some of the auction highlights this year include a collector's painting by late artist Eugene Martin, Vergie Bank's "Little Red Tricycle" and, drumroll please, the annual specially commissioned jeweled necklace. Artist Steve Schneider took on the task, along with P.J. Naomi, to create "Jeweled Horizons." Party Girl bets Steve's new wife Cynthia has her eye on it! (She already claimed Eugene's painting.) If you don't have your P&P ticket yet, what are you waiting for? It's Dec. 8 at the old Advertiser warehouse building, and you won't want to miss the visual and culinary art.

The Xanadu Captain's Party called for a blend of trashy and classy attire and was hosted by Captain Naomi Maraist at Le Triomphe. Guests were invited with a ticket to see Elvis live in concert, and "The King" turned out to be the Cajun Elvis and his band Tupelo. The entertainment inspired the dessert-themed menu. "We had some of The King's all-time favorites ' fried peanut butter and banana sandwiches, peach cobbler, baked spiced apples with vanilla ice cream, pecan pie and frosted brownies," says Maraist. The Le Triomphe clubhouse was transformed into a Las Vegas casino, with showgirls greeting guests in Vegas attire, including Queen Xanadu XV Donna Lyon, Denise and Carson Brignac, Kim and Ron Domingue, Cara and Dane Escott, Liz Trahan, Rickey and AJ Maloney, Erin and Doug Spisak, Fred and Debbie Mills, Tom and Joan Meagher, Don and Julie Harris and Carroll and Charlotte Guinn. The Xanadu board of directors came dressed as the Memphis Mafia in black hot pants, fishnet stockings and fedoras, and the Royal Court leaned more toward the trashy rather than classy side of the theme. "As for what went on, a whole lot of craziness and wild partying," says Maraist. Party Girl expects no less with carnival season right around the corner!

It's always "festival" season for Festival International de Louisiane, and the group has been busy with its recent Pin Breakfast and unveiling of this year's three-part poster series by artist Thad Morgan. Festival did take time out to present a check from its October Amis du Festival fundraiser to Healthcare for Musicians to help local musicians and displaced New Orleans performers. The two groups gathered at Artmosphere to exchange the monies to the tune of a trio of musicians. On the Festival side, Dana Cañedo and Judi Gunn presented the check to HFM's Jeanie Solis, Kathy Richard and New Orleans Musicians Clinic rep Michelle Gegenheimer. Artmosphere served up several flavored teas and a hummus appetizer with blue cheese. If y'all haven't been to Artmosphere lately, the "atmosphere" has really improved, with musicians playing the intimate indoor stage and a second back bar now open.