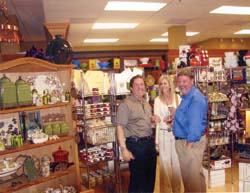 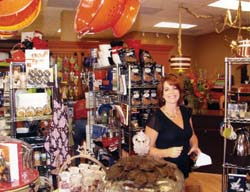 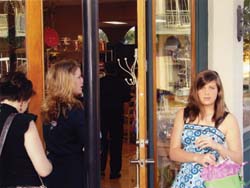 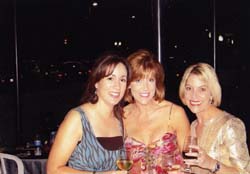 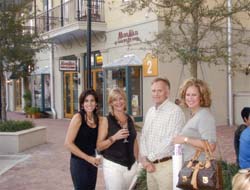 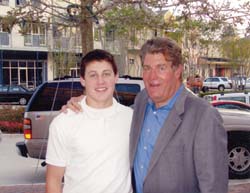 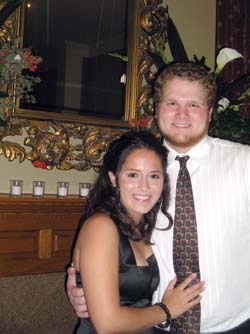 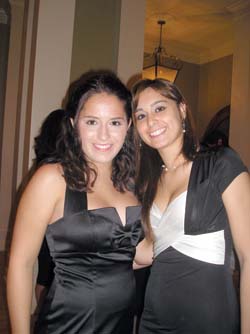 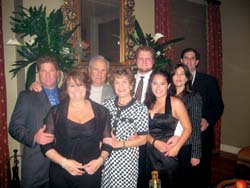 Since its grand opening a few weeks ago, MainStreet at River Ranch has definitely been the place to see and be seen in town. No wonder Party Girl often finds herself among the many happy shoppers checking out beautiful storefronts and windows filled with "must-have" items. The newest addition to this shopper's paradise is Tenzie & Co., whose owner Jackie John recently relocated her lovely gift shop from the Oil Center to River Ranch. Customers, family and friends came out in full force and glittering fabulousness to celebrate Tenzie & Co.'s opening on Sept. 26. The corner location on MainStreet is anchored by windows surrounding the store front, flooding the boutique with light. The inside of the store still exudes a cozy feel that made me want to linger for a while ' and shop, of course. I was pleasantly surprised to find, as a new addition to Tenzie & Co's offerings, high-end kitchen items on display. I happen to know a guy who likes to cook for me. Maybe I'll entice him to create some more culinary delights with a new kitchen gadget.

Speaking of guys: as a girl about town I usually don't have time for the romantic stuff, but when I need to feel that warm and fuzzy feeling I try and check out weddings and engagements. The elegant cocktail party honoring the engagements of Ruthie Marie Oller and Taylor Gordon Toce at the home of Dr. and Mrs. Paul Toce Jr. was just the ticket.

The magnificent home would have made a gorgeous setting for anyone's dream event. Large table sprays of white calla lilies, orchids, gladioli and roses graced the serving tables filled with a buffet of exotic Lebanese fare and chocolate delicacies that wowed the guests. Mr. and Mrs. Paul Toce Sr. and Mr. and Mrs. Ronnie Mahtook were co-hosts of the event. Ruthie, as a senior student in public relations at UL Lafayette, is currently interning with Russo Ad Group, while Taylor is the owner of Toce Media. Sounds to me like a young couple on the move.