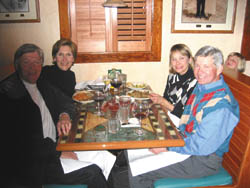 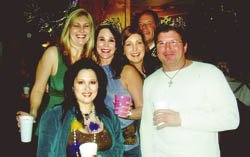 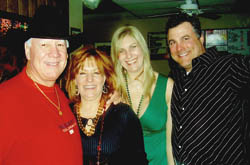 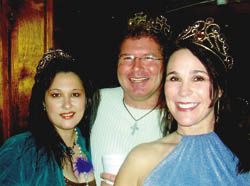 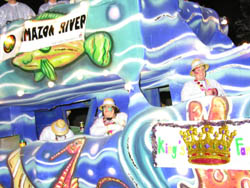 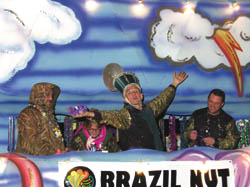 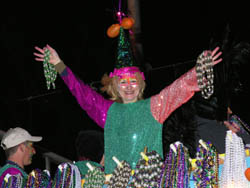 Even though Party Girl's taken off her Mardi Gras mask, she's still partaking in a whirlwind of events. There are restaurant openings and birthday parties to attend and even more fêtes to plan. The much-anticipated grand opening of Carrabba's restaurant on Kaliste Saloom was the best since, well, the opening of Bonefish Grill across the way from it. River Ranch is racking up on restaurants, and Carrabba's Italian cooking fits right in. Bill Johnson says the Pasta Carrabba was the popular dish all night, in addition to specialty martinis, coffees and an extensive wine list. "Carrabba's was packed all night ' from 4:30 to 10:30 p.m.," says Johnson. "Manager Steven LaBorde tried to visit each table." But the best part of the opening ' half of the proceeds up to $5,000 were donated to the Juvenile Diabetes Foundation. Party Girl gives her seal of approval!

Well, planning a surprise party can sometimes be a task, especially in bad weather when the birthday girl doesn't want to leave the house. In the case of Deidre Cormier, her friends had to tell a small white lie to get her to Pat's Downtown Feb. 18. Mandy and David Girouard, Amanda Forness and Mike Rayburn planned the surprise for three of their old friends, Deidre, Melody Langlinais and Scott Gammel. "They couldn't get me there cause the weather was so funky," says Deidre. "They told me it was a surprise party for Mel. I went over there thinking it was for Mel, and it was for all three of us." With Pat's Downtown all to themselves, the birthday girls and boy partied the night away with a DJ, food prepared by Deidre's mom and Pat's and all of their friends in attendance.

Lafayette's kickoff Mardi Gras parade, the Rio Parada by the Krewe of Carnivale en Rio, was a huge hit, despite the cold weather. The krewe's brand spanking new, decked out floats delighted even the most seasoned Mardi Gras goers, in addition to colorful costumes, great music and of course creative throws. Party Girl's favorite was appropriately the Party Pit float, with throws fit for a Brazilian queen.