While it isn't all too unusual for public bodies to have hired security present during meetings, the LPSB's push to do so is arguably a response to the antics of one board member. 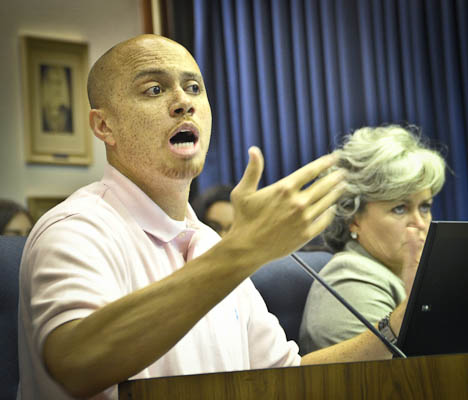 While it isn't all too unusual for public bodies to have hired security present during meetings, the Lafayette Parish School Board's push to do so is arguably a response to the antics of one board member.

Of course, his fellow board members won't come out and say it, but the push for security at board meetings conveniently began right after Tehmi Chassion called the police on Superintendent Pat Cooper during a closed-door executive session at the board's Feb. 5 meeting. Chassion alleged Cooper grabbed his shoulder, yelled in his ear and spun him around in his swivel chair, all of which our sources who were present during the incident dispute.

And that wasn't Chassion's first time calling the police to a board meeting, as witnessed last year when this IND reporter approached him in the bathroom with proof that he'd been arrested on counterfeiting charges. Chassion, as we reported here, responded with a claim that he'd been violently roughed up by a reporter, and like he did with Cooper, called the police. When Chassion's allegation reached the office of City Prosecutor Gary Haynes, the case - thanks to an audio recording and a witness present during the incident - was dropped due to "insufficient evidence," meaning the board member made a false police report. 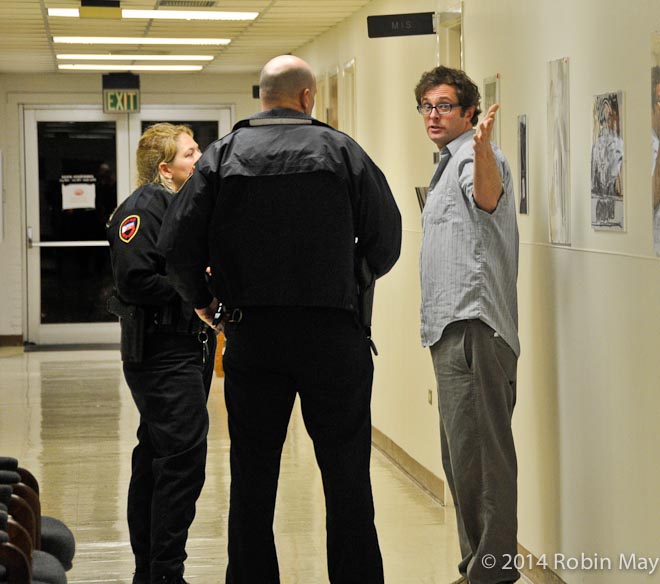 Last year school board member Tehmi Chassion claimed yours truly roughed him up in the men's restroom, a claim that fell apart after officers listened to a tape recording of the encounter (in which Chassion was merely asked about his arrest for counterfeiting).

Though the city prosecutor's office has yet to decide how it will handle Chassion's accusation against Cooper, the board on Wednesday is set to approve a contract to hire a security detail for all meetings. Now that's not too unusual (Lafayette City-Parish Council meetings are attended by an out-of-uniform officer), nor will it be all that expensive (a little more than $5,500 annually).

But does the board really need a security detail? As far as we can tell, the police only started getting called in to meetings within the last year, and that's all been brought on by one board member who's shown he's not above telling tall tales to police. So perhaps the better question, or rather, questions: Will the board's new security detail be allowed to sit in on executive sessions? And will his or her duties include escorting board members to the bathroom?

Because let's be honest, the only incidents requiring police presence at school board meetings have occurred behind the closed doors of an executive session and within the walls of a bathroom. Perhaps the board's new security detail would best be served as a personal body guard for Chassion.