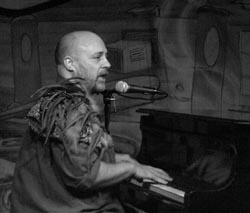 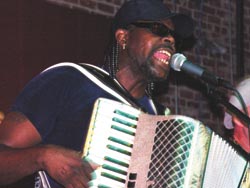 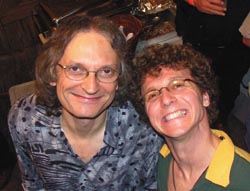 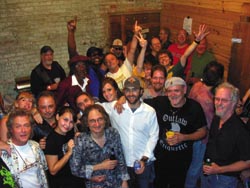 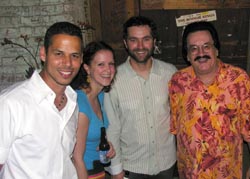 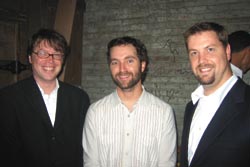 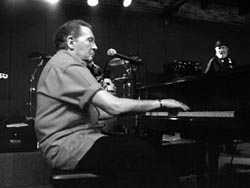 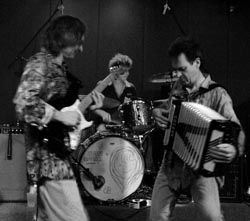 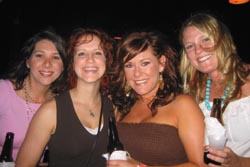 If you somehow missed Party Girl's scented memo last month, I hope you didn't miss Grant Street Dancehall's grand reopening on July Fourth weekend. It was four days and three nights of some of the best music to come through Lafayette in a long time. The sentiment throughout the weekend: Grant Street veterans and newcomers alike died and went to heaven. The remodeled Grant Street sports raw wood on the walls, contemporary lighting, a metal sign on the stage made by Begneaud Manufacturing and leather sofas and huge round ottomans. The Air Conditioned Lounge is pretty cool too (pun intended), and the raised deck in the back of the main club might just be the best spot in the house. As Party Girl lounged on an ottoman, watching The Fabulous Boogie Kings, much to my surprise, a cocktail waitress came to take my order. I was in heaven!

The long weekend kicked off Thursday night with Red Beans and Rice Revue and Sonny Landreth, with Steve Conn, Mel Melton and C.J. Chenier. It felt like everyone in town was in the crowd that night for the historic Lafayette musical reunion. On Friday night, Jerry Lee Lewis rolled into town, chauffeured by John Troutman and Eric Adcock. The legend was a man of few words backstage before the show, but The Killer had plenty to say when he sat down at the piano. (Vocalists Warren Storm of Lil' Band O' Gold and Susan Cowsill made it out for ol' Jerry Lee's set, too.) It was quite a different scene Saturday night when eccentric piano player Bobby Lounge took the stage. After being rolled up in his "Iron Lung," escorted by a nurse, Lounge entertained the crowd with his twisted lyrics and stories. People will be talking about that show for a long time. The evening wrapped up Sunday with a swamp-pop double bill of The Fabulous Boogie Kings and GG Shinn. The crowd didn't thin a bit, and Party Girl ran into locals like Julie Bordelon and Eric and his wife, Jenn Adcock, who'd been there every night. It's hard to stay home when you know there's some good music goin' on!