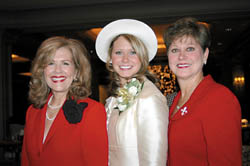 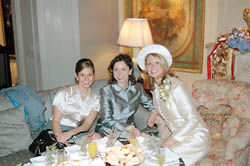 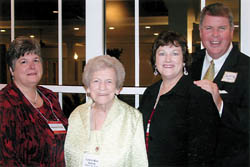 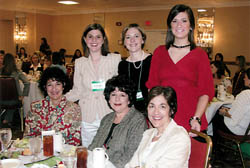 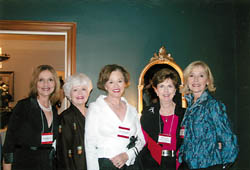 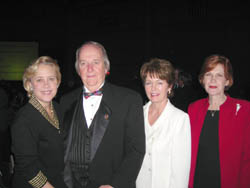 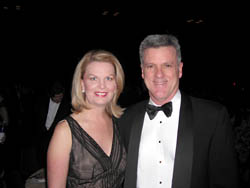 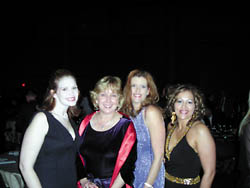 It's high time for a tea party, and Colleen Lucile Guidry met family and close friends for high tea at The Windsor Court Hotel in New Orleans on Saturday, Dec. 30. This bride-to-be was queen for the day. Traditional English fare was served and all attendees were adorned in their English best ' feminine suits and stylish hats! A great time was had by all, including hostesses Elizabeth Guidry Badeaux (of Baton Rouge), the bride's sister, and friend Bonnie Crumpton. Other guests included the bride's mother, Kathleen Randol Stokley and the groom's mother, Cheryl Ottinger, as well as many close friends and bridesmaids. Colleen is set to marry Stuart Ottinger (of Lafayette), on April 27. The couple will reside in Nashville, Tenn.

And if they're like Kappa Delta alumnae, they'll be back often. Sorority sisters from across the country gathered recently to celebrate the 50th anniversary of the chartering of Gamma Kappa Chapter of Kappa Delta sorority. Liz Surratt Snyder chaired the event, with assistance from alumnae from each of the five represented decades. Alums and their spouses and escorts renewed acquaintances at a cocktail party at the UL Lafayette Alumni House. Current chapter members joined their sisters for a luncheon the following day at the Hotel Acadiana, where memorabilia from 1956 to the present and music from The Wizard of Oz sparked fond memories. Corey Anding Steagall, former national Kappa Delta president, was the guest speaker. With the Kappa Delta Sorority motto in mind ' "Let us strive for that which is honorable, beautiful and highest" ' I can see these women will inspire greatness in all new members of Kappa Delta. Where can I sign up?

In the mixing-business-with-pleasure category, the Greater Lafayette Chamber of Commerce took a page from James Bond's book for its "Around the World"-themed gala on Friday, Jan. 26. The chamber introduced its newly elected board members for 2007 at the Cajundome Convention Center, and the only accessory missing was the red carpet. Hundreds of Acadiana's snappy dressers socialized with fellow colleagues through the evening. U. S. Sen. Mary Landrieu was one of the Chamber's special guests, and after a few words from the 71st chairman of the Chamber board of directors, John Bordelon, the evening's music kicked off with Robbie Bush Band. The dance floor filled up immediately. Around midnight it was time to leave; going around the world in one night is tough on your feet!