Attorney hopes fellow lawyers will join him in urging the D.A. to step aside and allow a competent, ethical challenger to take over the scandal-ridden office. 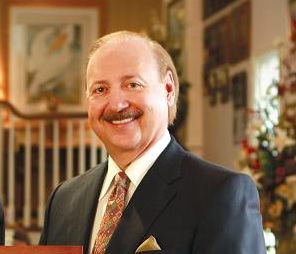 [Editor's Note: Below is Lafayette personal injury attorney Glenn Armentor's April 21 impassioned plea for his fellow lawyers to join him in asking for District Attorney Mike Harson's resignation to pave the way for "someone with the credentials, confidence and the dependable ethics of Keith Stutes to take over that position so that we can all know that the right thing will be done even when no one is watching." In the letter Armentor says he hand-delivered a copy to Harson Monday.]

Since the 10th day of October, 1977, when I was sworn into the practice of law, I have revered my profession and felt pride beyond measure in my opportunity to be a lawyer. Other than family and God, nothing has meant more to me than being a lawyer and trying to be a good and ethical practitioner. I am so very proud of what we do every day of our lives to protect the rights of the citizens of Louisiana and Acadiana. Lawyers do so many good things for their communities and in reality are the foundation of professional well-being for the people of Acadiana.

Perhaps it was because of my reverence for our privilege of practicing law that I was so completely taken aback and appalled two years ago when I began to learn about the "DWI scandal" taking place in the office of District Attorney Mike Harson. As we have all come to know from reading multiple accounts and newspaper articles, Mike Harson's closest administrative personnel and an assistant district attorney operated a "favors for money" scam in which well-to-do people who were arrested for DWI were allowed, essentially, to walk away from the charges by paying $5,000 in bribery money to the office investigator, Harson's personal administrative assistant and one of his DAs, as well as support personnel from other agencies.

This was a criminal conspiracy centered in a special program Harson created and that required his approval in every single case. This cancer went beyond the District Attorney's Office to other agencies involved in assisting the DA by providing community service opportunities for every other defendant in DWI cases to appropriately and fairly serve their sentences through community service at the order of the courts.

This undeniable, inexcusable and gut-wrenching scandal has provided one more opportunity for our citizens to perceive members of our profession as crooked, uncaring advantage-takers of the general public. It is one of the biggest black eyes in a long chain of black eyes perpetrated upon our profession that I can remember.

This scandal went on "full bore" for approximately three years directly under the nose of our chief law enforcement prosecutor, Mike Harson. At no point did he ever notice that hundreds of thousands of dollars were being spent by dozens of wealthy people to walk away from their DWI convictions and not have to pay the fair price exacted by a fair society. In his recent responses, Harson has pointed out that the federal prosecutor investigating his office did not find any hard evidence that he was involved or knew of the scandal. Such a defense brings little comfort to those of us who love and care about our profession. In the best case scenario, District Attorney Mike Harson has allowed this horrible, full bore, big money, criminal scandal to go on directly under his nose for three years, and defends himself by saying he simply knew nothing about it. That is not a good enough response! That is not an acceptable explanation!

This undeniable, inexcusable and gut-wrenching scandal has provided one more opportunity for our citizens to perceive members of our profession as crooked, uncaring advantage-takers of the general public.

Regrettably, that is not the potentially worst aspect of this horrible scar on the practice of law. If in fact DA Harson were aware of the scandal, despite the fact that there is no current proof of that, then he would be guilty of criminal activity while holding office, which would be much worse than his admitted ignorance.

Neither of these incredibly unfortunate possibilities brings any comfort to any of us who love the practice of law and our noble profession. What has happened in the district attorney's office in the last several years has caused thousands of people in Acadiana to question once again whether lawyers are truly honest, good people. I am so very tired of defending the profession that I love from those who question it because of scandals, scams and the ugliness of those few amongst us who act in terrible ways to disparage the practice.

Long-time First Assistant District Attorney Keith Stutes has declared his intention to run for the office of district attorney. All of us in the practice in Lafayette in the last 30 years have come to know Keith Stutes as the ultimate professional, the completely competent and trustworthy Number 1 Assistant DA, a man we have watched successfully prosecute the most important criminal cases in the history of our community and the gutsy practitioner that we have admired because of his unalterable determination to obtain convictions of criminals who commit horrible crimes and who deserve to be jailed. We have come to depend on the fact that Keith Stutes will be in court in the most serious cases to make sure that the right thing happens. He has brought us all great comfort in that regard. And he has done it for 30 years without the slightest hint of scandal, stain or inappropriate behavior.

I respectfully submit that the appropriate offer to come from Mike Harson to the people of Acadiana would be the offer to resign from his position as district attorney and thereby allow someone with the credentials, confidence and the dependable ethics of Keith Stutes to take over that position so that we can all know that the right thing will be done even when no one is watching.

In his letter of March 31, 2014, Mike Harson seeks to cast aspersions on Keith Stutes for "unfair criticism of the over 100 employees of the DA's office." [Read the letter here.] The serious lawyers of our community know that is not what has happened in the Stutes campaign over the last several months. When he learned of the scandal, Keith Stutes launched his own personal investigation to determine who was at fault. He has cast no aspersions and made no accusations to anyone in any office other than those who committed crimes. He was crestfallen to learn that Harson was so inattentive, spent so much time away from the office and cared so little about the DA's operations that he had never noticed multiple events of scandal on a daily basis for over three years in and about his own office conducted by his closest associates. Perhaps it was that lack of attention to detail and that complete inability to really understand what is going on in his own office that leads Harson, at this point, to write a letter where he accuses Keith Stutes of criticizing the innocent employees of the District Attorney's office. It is Mike Harson that Keith Stutes has criticized for allowing this scandal to go on for years, criminally paying out hundreds of thousands of dollars to prevent guilty criminals from paying their debt to society. Even then, Keith Stutes stopped after his investigation without accusing Mike Harson of criminal activity, since there was no proof that Harson knew what had occurred. Is it not enough that this went on in Mike Harson's office for this amount of time without his ever having a clue that it was happening? Can we really rely on an officeholder of 19 years' duration, who is so inattentive, absentee and uncaring as to allow this egregious behavior to go on for years? Is this the kind of officeholder we truly need in the most important law enforcement office in our three parish 15th Judicial District?

In his letter to our citizens, Mike Harson offers his apology for the scandal in his office. I respectfully submit that the appropriate offer to come from Mike Harson to the people of Acadiana would be the offer to resign from his position as district attorney and thereby allow someone with the credentials, confidence and the dependable ethics of Keith Stutes to take over that position so that we can all know that the right thing will be done even when no one is watching.

I am hopeful that the lawyers of Acadiana will stand up and proclaim that what Mike Harson has failed to do in discovering, investigating and ending the scandal in his office over the last several years is enough for them to call for his resignation from office. I care about my profession and how it is viewed by our community, and I call for Mike Harson's resignation by writing this letter, a copy of which will be hand-delivered to him on this date. Please search your souls, lawyers, and determine for yourself how you feel about what has happened in the District Attorney's office in the last several years. Please consider what it has done to the reputation of your profession in the eyes of our citizens. Then please take a stand!