The ball has started rolling on the Lafayette Parish School Board's investigation of Superintendent Pat Cooper. 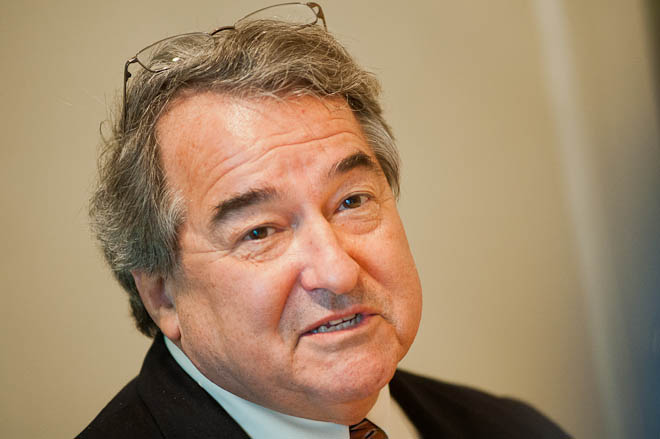 "I don't have anything to hide" - Superintendent Pat Cooper

After cutting ties with the longtime legal counsel provided by the 15th Judicial District Attorney's Office over a letter submitted by Assistant District Attorney Roger Hamilton to the state Attorney General's Office saying an investigation of the superintendent was unwarranted, the Lafayette Parish School Board is now getting its way.

Hamilton's letter to the AG centered on the fact that the school board, in its request to hire outside attorneys to investigate Cooper, failed to list the reasons for its investigation or how much it was willing to pay for such an endeavor, both of which are required by state law.

The board, after firing the district attorney's office, has since resubmitted its request - unchanged from the original, meaning it still didn't list a specific reason or a cap on how much it would pay for the investigation. Thanks to the board's new attorney, Bob Hammonds - who was hired as interim legal counsel following the ouster of the DA's office and was responsible for resubmitting the board's request - the investigation somehow received approval from the AG's office for the board to hire the Gretna-based law firm of Grant & Barrow (state law allows for an hourly rate of $100 to $175).

And the investigation is now under way, as a public records request submitted by Grant & Barrow was received by the school system April 23.

As expected, the main tenets of the records request deal with Cooper's decision to hire several principals for low-performing schools at higher pay grades, and his hiring of and refusal to fire Thad Welch over his lack of a high school diploma. Welch is the district's maintenance and transportation supervisor.

One new issue included in the request deals with Cooper's hiring of local public relations firm BBR Creative, which was done with board approval and signed off on by then-board president Shelton Cobb.

"I don't have anything to hide," says Cooper. "So we're going to give them what they need."