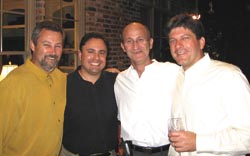 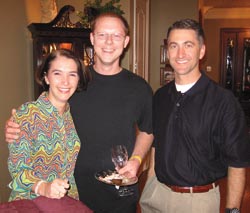 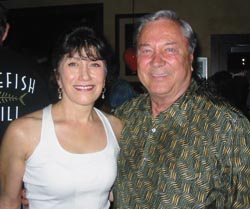 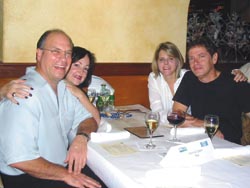 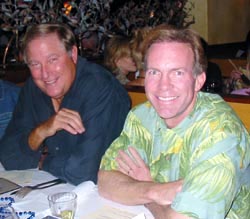 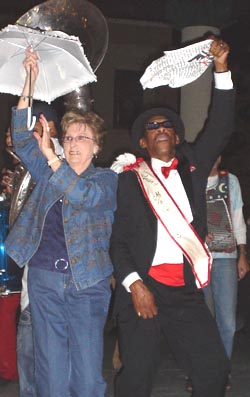 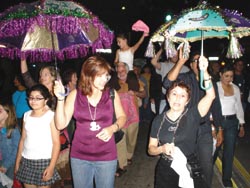 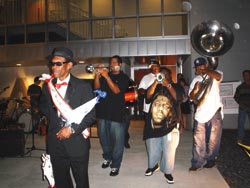 Happy Thanksgiving mes amis! I hope you all have a wonderful holiday, filled with plenty of parties and food. I'm wishing the same to Sam Voisin, former sales director at the Cajundome who recently moved to Fredericksburg, Va., to serve as director of the convention center there. I hope the turkey's as good in Virginia, Sam! You'll be missed here. Sam's friends at the Cajundome threw him a going-away party, hosted by Jim and Sharlene Chiasson, who took his position when he left. Fall décor and food by Artisan Creative Catering, like hot crab dip and the seared tuna medallions, made for a grand sendoff. Greg Davis, Pam Deville, Chef Gilbert DeCourt and Tommy Hightower and his wife were all there to wish Sam well. But Sam is still pitching in as needed. "We're having to call him a few times a week," says Sharlene. "He's loving it though."

One door closes and another one opens around here. The much-anticipated opening of Bonefish Grill in River Ranch finally came Nov. 6. Also a fundraiser for Acadiana Outreach, the dress was Key West casual in line with Bonefish's seafood and fresh fish offerings. The revolving door brought in enough guests for standing room only, and they were treated to a sampling of dishes and house wines. Party Girl's favorite was the Bang Bang Shrimp, but Ron Gomez recommends the Fontina Chops. That's all I'm going to say, because y'all have to try it for yourselves. Also deciding on their favorite dishes that evening were Bill and Ann Fenstermaker, Bobby and Sandy Giles, Craig and Susan Strait, Crystal and Mark Young, Teemie and Pat Landry and Robert and Lee Ann Daigle.

The November ArtWalk, which was also packed, featured Lafayette's first authentic second-line parade down Jefferson Street. The celebration started at the Acadiana Center for the Arts, with Buddy Palmer and Michael Goldman from Project H.E.A.L. saying a few words, before the Soul Rebels Brass Band took the stage. The New Orleans band began the procession with a jazz funeral before taking things up a notch with their brass funk. The street was packed with participants waving handkerchiefs and paradegoers on the sidelines. The procession took a turn on Garfield Street over to Parc Sans Souci, where the band took the stage for more music and dancing. Lafayette's amateur musicians joined in as well, bringing drums, washboards and saxophones from home. The parade reminded everyone that New Orleans is still alive and should be celebrated, and reminded Party Girl that Mardi Gras is right around the corner.